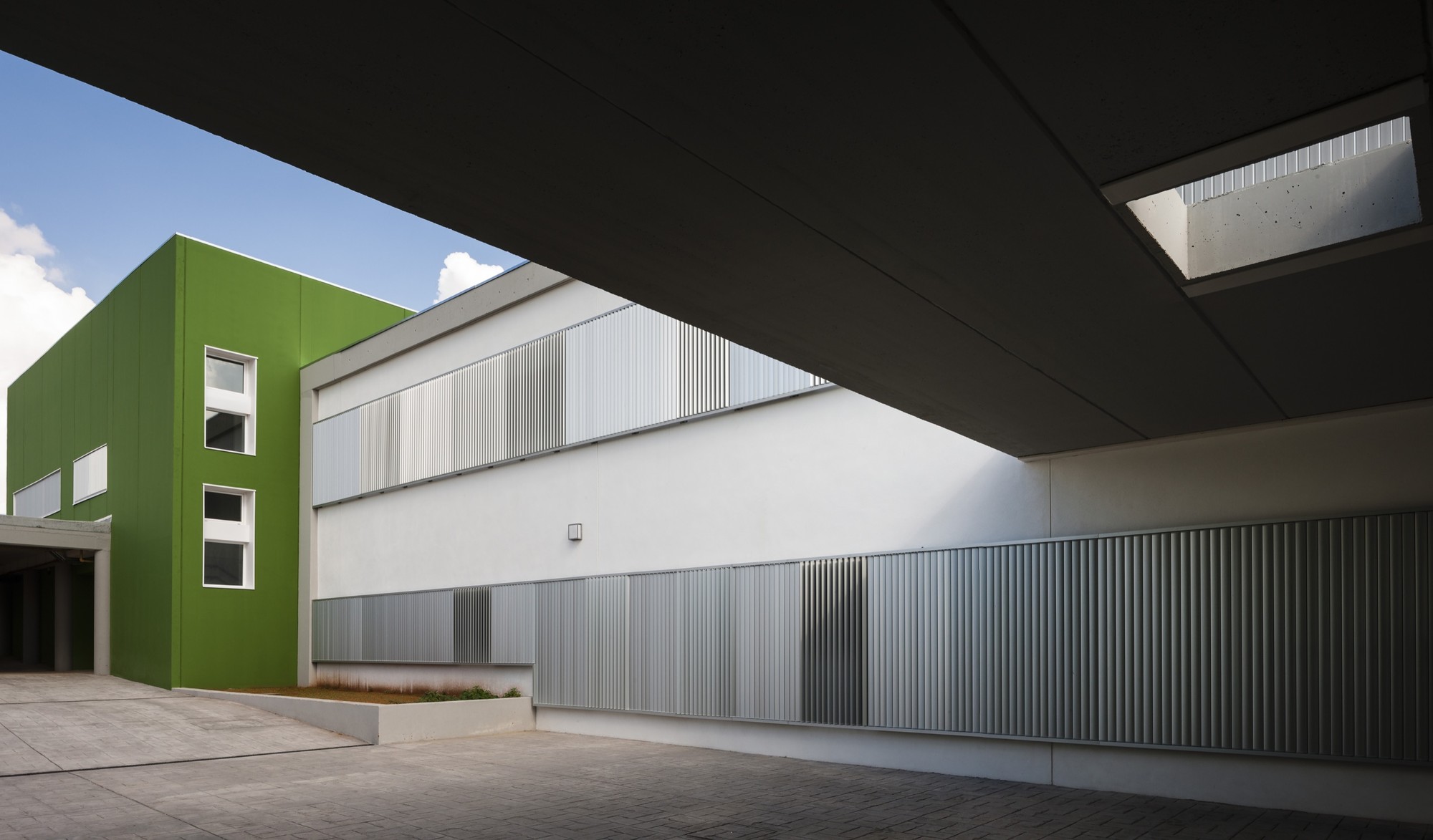 Text description provided by the architects. The site where we developed the extension of the existing school is located in the southeast of Alcala de Guadaira, a new urbanized area called "Los Cercadillos "; the neighborhood is still in development, ending its limit towards the Guadaira River in the south.

Currently the location has an area of 8.860,88 square meters, of which 4649.85 are available for the new expansion. The site has an ascendant topography towards the north, having as a result a difference of 2.50 meters between the highest point (where we can find the existing building) and the lowest point where the project is developed.

To differentiate the extension and to make the most out of the limited space, we displayed the project perpendicular to the existing building. The principal volume is set for the primary classrooms, meanwhile the other independent volumes are for common uses; such as the library, multipurpose room, and gym. These volumes have their own personality and identity by a composition of heights and colors.

The expansion proposes a new consolidated entrance from the main road to the school; this volume continues with the alignment of the current childcare center, becomes the key building that articulates the extension with the existing construction, functioning as the main access, distribution hall and library. This alignment is set back form the rest of the façade; generating public space to the main entrance, creating a waiting area for parents and children while they arrive and leave.

The project is developed in different levels such as the existing building. After climbing a smooth ramp we get to the access platform of the school, which corresponds to the same level than the entrance of the kindergarten. Once we are inside the main hall, the ground floor divides into four platforms, through a display of subtle ramps along the central hall.

Although the new intervention is designed with prismatic blocks that integrate with the existing volume, the materials chosen and the exterior design give the new extension its own personality. To ensure the perception of the complex as a unitary school we decided to maintain the main volume much more sober (administration and kindergarten) while the other volumes are sprinkled with green, adding personality and identity to the whole complex: the new dining room, gym, multipurpose room and hall-library box. 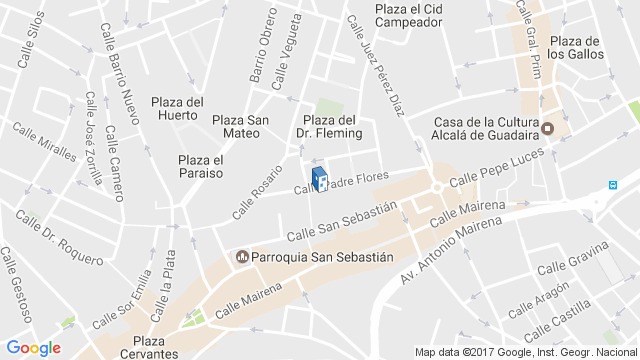 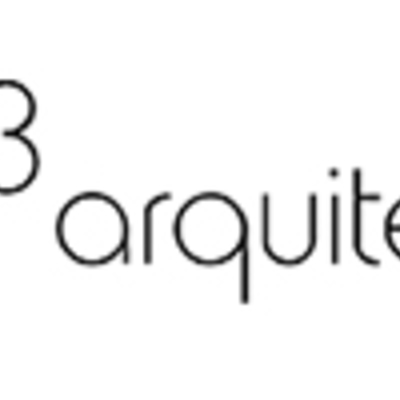