Save
House in Quito / Bernardo Bustamante 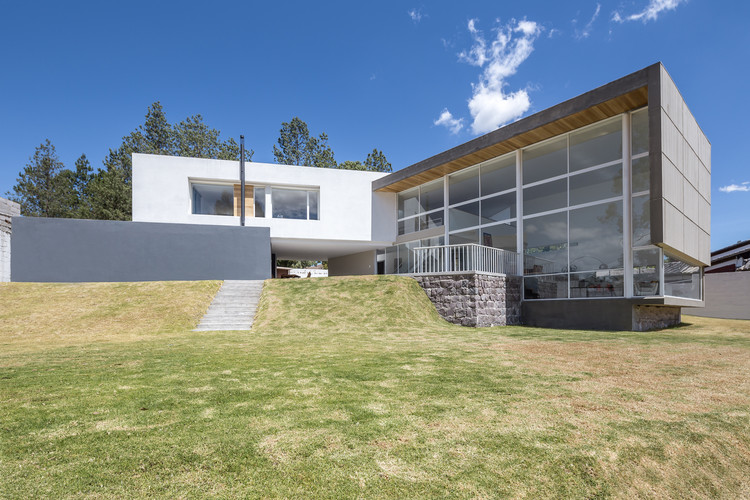 Text description provided by the architects. The project is located in one of the nearby valleys of Quito, with constant annual temperatures of 20 degrees Celsius on average. It is generated from two lines that open into the natural slope of the valley, which ends in two important volcanoes of the Ecuadorian Andes, Cotopaxi and Pasochoa.

The project is on the slopes of Ilaló volcano that generate a very strong immediate landscape along with an artificial reservoir.

We began with the division of the program into three volumes that intersect and form a central void where the porch is located. Due to the spring-like weather year-round, the porch became the heart of the home.

The volume with the public program is oriented north - south, thus avoiding the intense equatorial sun and allowing to see through a large window overlooking the valley and volcanoes. In contrast, the private volume is a suspended bar oriented east-west to receive sunlight in a more controlled way during the morning and evening. The services are in a third volume.

The intersection of the three elements leaves an unbuilt void, which becomes the porch, the center of gravity of the house.