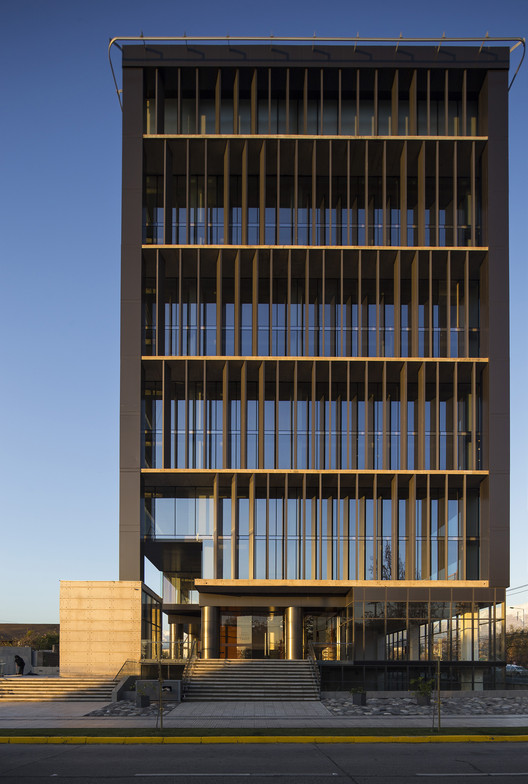 Text description provided by the architects. The edificatory model contained in the norm of the Decree of the Regulatorty Plan of the Vitacura Municipality for Kennedy Ave. in the section of Manquehue-Padre Hurtado, defines a typology of isolated medium height building, this condition leads us to conceive this commission as an architectural piece which by the addition to others may have the capacity to contribute to the configuration of an urban course on a large scale such as is Kennedy Ave.

The land in particular,  its corner condition and its buildable area give us   a volume of 9 levels plus mechanical floor,  with a height of 35.62 meters., and a plant of 21.30 meters  per  36.00 meters; these dimensions produce a rather flat volume that  proportionally  to  its height displaces a considerable mass;  Our interest arises from the challenge of managing this condition regarding the city;  how to integrate a prismatic volume which  performs  its activity(services) that throw itself into, with the city?; for this we developed two significant operations: first, to provide the building  envelope with relevant degrees of transparency to enable the citizen, the observer to understand , the activity that takes place in the building without thereby lose  the conditionsof  energy conservation, efficient use of economic resources, which we are  obliged due to the high environmental  comfort  standard   required for office buildings.

Consequently, there has been designed a skin type  "window belt"  between slabs with an exterior structuring made of laminated crystal ribs   that replace the traditional aluminum "mullions"  on the inside, to the above is added   a horizontal  division in  tranches of  two levels  alternating the vertical elements of facade  achieving a "vibrato" of the south facade, east and north, the degree of reflectivity of the glass in "soft code"  does meet the  requested standars of  the project so the facade   contribute to control  thermal gain thus reducing   the initial investment in climate mechanical equipment.

Towards the west facade the building envelope generates a double skin based on aluminum lattice rotated in relation to the facade plane thus  producing  a shadow box adequate to be  protected  against excess light radiation generated by this orientation at the end of the day.

The second operation consisted of  set free all  the outdoor spaces, first level to   public use, eliminating cars from the surface,  thus providing the peaton  a better offer of accessibility through a continuous succession of spaces such hard squares to the  program of commercial stores in this level and in the  plinth. 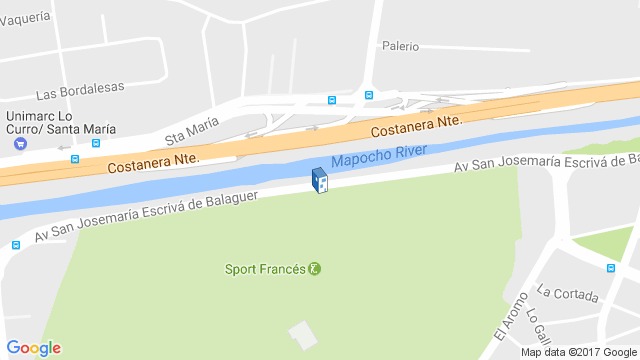