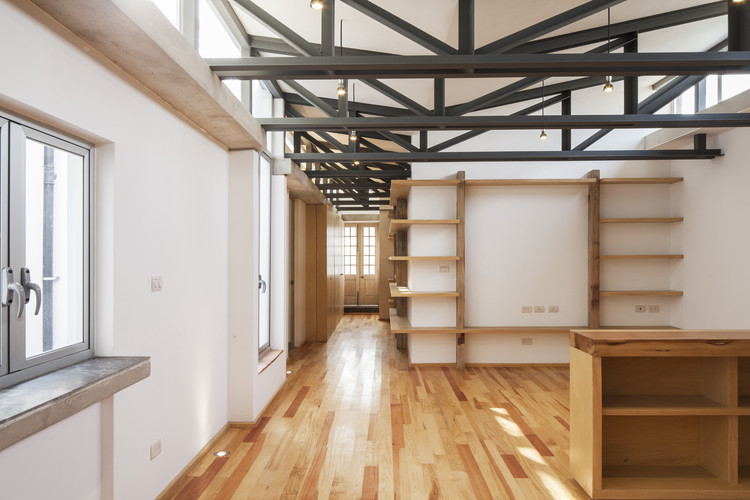 Text description provided by the architects. Despacho22 is an architectural firm that has skilled into developed and promotion on housing in the central area of Mexico City.We have more than 15 years of experience in a variety of  projects and architectural assembles.

Our website showcases the work we have accomplished for the past years, ranging from urban ideas, interior designs to edifications:www.despcho22.comOur most recent project was the reconfiguration of an old house into three dwellings in a landmark neighborhood in the central region of the Mexico City’s megalopolis:

La Roma was one of the first modern planned neighborhoods to be located outside Mexico City’s downtown area, now known as the Centro Historico or Historic Dowtown . The two-story house at Number 22 Flora Street was constructed during the neighborhood’s heyday in the first half of the twentieth century. Today, La Roma is home to the highest concentration of landmark historical buildings in the metropolitan area.

While the neighborhood still maintains its original architectural character, a process of rapid gentrification is changing how space is used. Stately older residences are being converted into restaurants, offices, and galleries. Flora 22 is officially classified as historical patrimony due to the significance of its architecture. The challenge was thus to transform the use and density of the building while preserving its historical and aesthetic value.

Seismic factors posed an additional challenge since La Roma neighborhood was built over a drained lakebed, and suffered extensive damage during the 1985 Mexico City earthquake. The structure of Flora 22 was affected by irregular subsidence caused by the collapse of neighboring buildings, demanding a complete renovation.

The house was reconfigured to accommodate three apartments, maintaining more than 70% of its original structure. Steel framing strengthens the most vulnerable parts of the structure, enabling it to support a third floor. Most of the original wooden beams were preserved, and now work in tandem with the steel: he new components support the reclaimed elements, and those in turn protect the authentic presence of the original house. 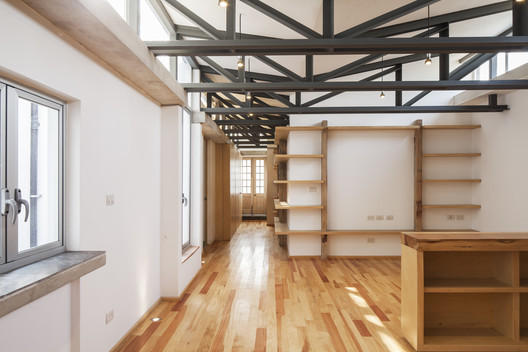