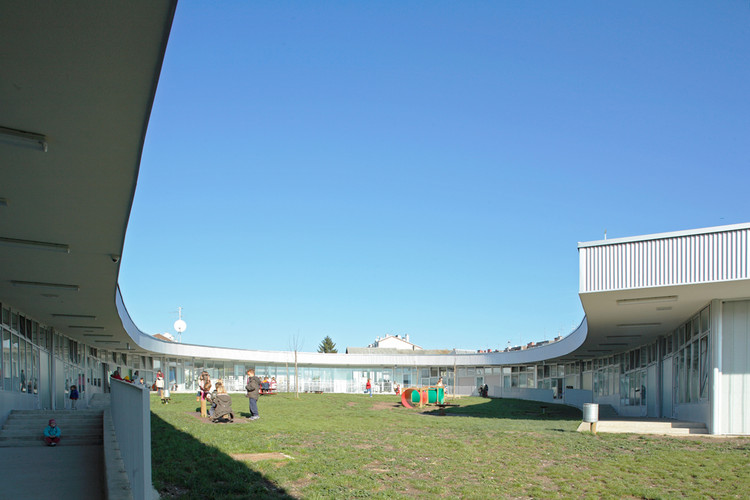 Text description provided by the architects. The new kindergarten in Sesvete is one of more poetic projects in recent Croatian architecture. That which was obvious in the competition entry sketches from 2004 was confirmed in the realisation of the micro-world oriented inwards, poetic, but geometrically precise; a meadow softly enveloped by the ground-floor stretch of kindergarten units.

A kind of geometrical, mathematical reduction is a property of several Radionica's projects. This is sometimes readable from the cross-section, sometimes from the ground-floor plan, but always im volume proportions. Projects and realisations of Radionica can often be reduced to elementary parts: basic geometric figures and their combinations. Complex rather than complicated relations between simple parts create layered, inner and outer, closed and open rationalised landscapes.

The other common charasteristic of Radionica's projects during an ample period of time is the marked presence of "natural" elements in them, not in the sense of "environmental consciousness", but in the sense of its organic content in the "cultural" element of architecture. In its essence, the elegant gesture of enveloping a transformed slope by a curved trajectory means radical eqalization of architecture and landscape in which each of the two elements also follows its own "logics" and the "logics" of that other element.

As this a best for a kindergarten, its main facilities are placed on the "ground floor", which here literally means a storey that is on the ground all the way, although its height level changes permanently. The curved belt thus follows the inclination of the filled slope, so that all eight kindergarten and six nursery units have a corresponding outer space at the level of the encircled terrain, roofed over by a deep, continuous eaves. The pedagogic idea of "classes in the open" here sees its possible realisation. Instead with "open" terraces in "open" space, which often includes both a surrounding fence and a view of nearby parking lots, the kindergarten and nursery units are facing their own roofed-over outer space, and over it to the encircled, but not fenced-in common outer space. It is important to stress that what we have here is "the first public area" many children are faced with and which unifies natural an urban properties. At the highest point of the "ground floor" is the multi-purpose area. The spatial rest, the difference in volumes of the "artificial" and the "natural" element, has been assigned to the management and the service facilities of the kindergarten.

An important aspect of each public "project" is to remain within the narrow bounderies of set public funding, meet the increasing number of tehnical, security and similar demands, and work on the spatial concept, but still also ensure the adequate final materiality of the "project" in the form of a completed public building. The materiality of the new Sesvete kindergarten befits a public building that finally manifests countless immaterial fluxes in the material world, including rule books and laws, competitions and juries, voters and their representatives. It is simple and restrained, modest in price, but still ensuring the required quality in usage and maintenance. 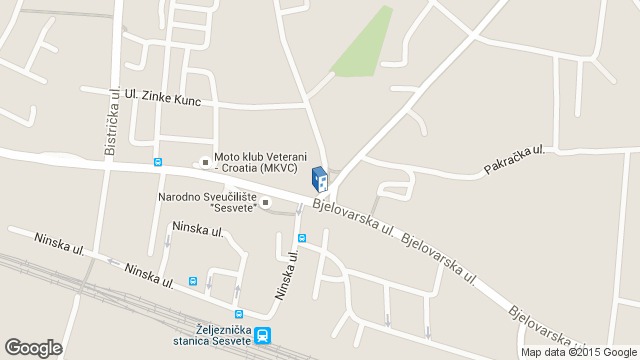 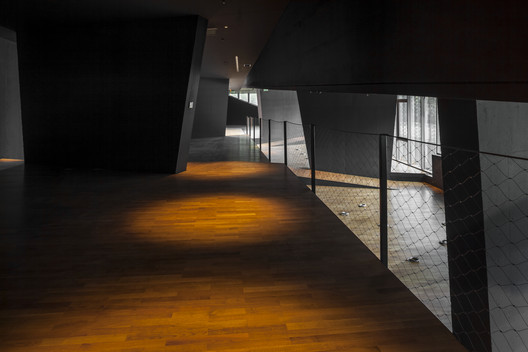