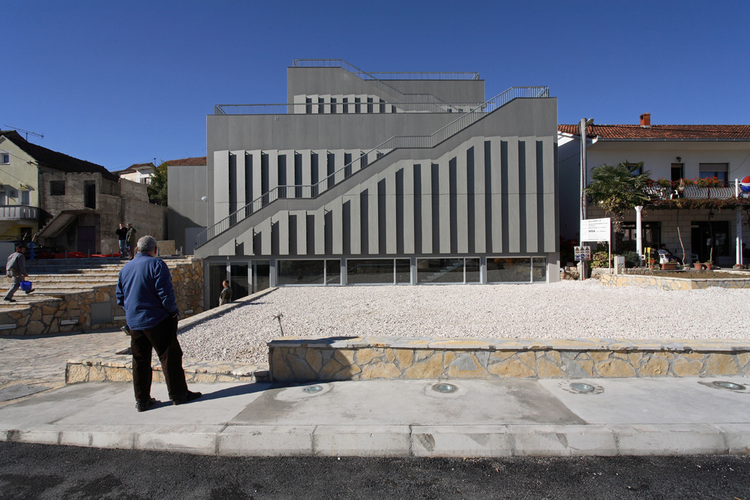 Text description provided by the architects. In the early 1990s, a team from the Archaeological Museum of Split discovered the remains of the ancient temple of Augustus in Vid. Above the temple ruins, an on-site archaeological museum was built. The museum's interior is determined by the scale of the excavated Roman artefacts and statues while its exterior is determined by the scale of the temple and the forum, the scale of the surrounding ordinary houses and by the green masses of olive groves and vineyards climbing up from the square to the church on the hill.

But above all, the building is determined by the scale of everyday life; its roof, a system of publicly accessible flat surfaces and ramps, connects two levels of public space. Another intelligent invention by the architect is the museum's austere materiality. The construction uses a combination of reinforced concrete and exposed steel; the façades are faced with narrow plastic panels positioned so as to allow a diffuse light to penetrate the interior. 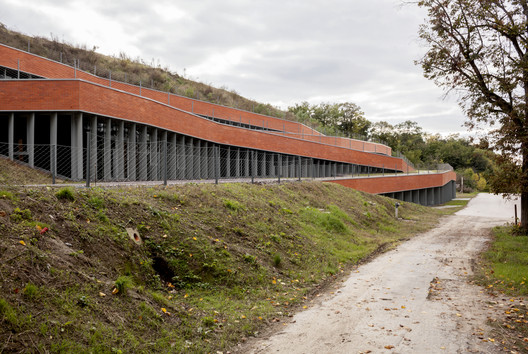