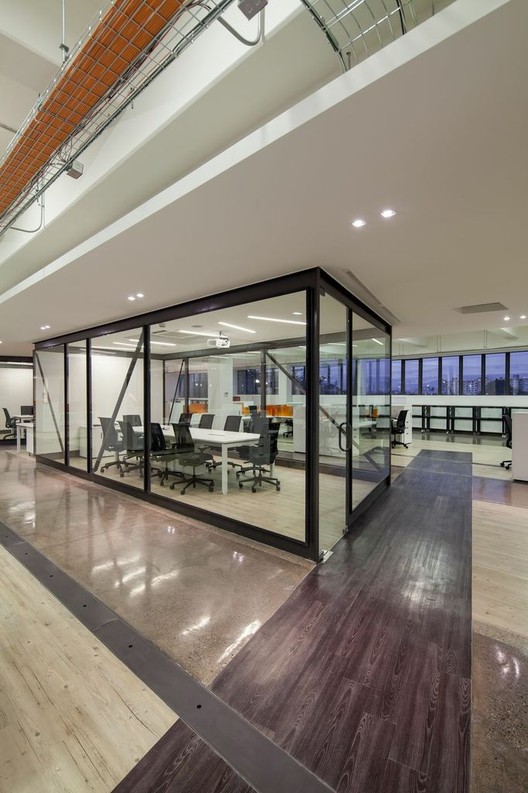 Text description provided by the architects. The commission consisted in remodeling the offices of Nexans Chile SA, located on the 2nd floor of a 50s building, towards the south area of Santiago.

Before the project the workspace was organized from a conventional model of office, which did not favor the integration, or the habitability of the spaces. For this reason it became necessary a proposal that interpreted the current working dynamics and at the same time, that could be inserted into the pre-existing space.

The intervention area consisted in a surface of ​​2000 m2, which wasn’t in very good condition because of the earthquake of 2010 and some modifications which eventually detracted from the original architecture. The old office were ordered from a central corridor that divided two areas of open workstations; simultaneously, in the longitudinal direction of the plant, were located private offices, meeting rooms and bathrooms, which were organized against building facades, thus limiting the illumination of work spaces that were located towards the center of the plant. Despite these and other interventions, it was possible to recognize some attribute in the building that had an important value such as the height, the structure and the orientation.

For the definition of the proposal we establish three core principles: to stand out the pre-existing building, to design a space that inspires a modern and adequate teamwork, and finally to prioritize the natural lighting for work spaces and circulation. With these ideas is that we decide to release the northern and eastern façade of the building, so as to define a gallery that distance the workstations from direct light, and at the same time determined a circulation area and encounter. On the other hand the meeting rooms are concentrated on the central axis of the plant so as to define two parallel areas of work. These rooms are arranged longitudinally and are simultaneously traversed by circulations that allow the integration of the various programs (offices, work stations, meeting rooms and circulation).

From the scale of the space involved and of the activities that take place in the factory, we prioritize the idea of “the ​​industrial”, which define the election and the use of the materials and installations. In this way each one of the elements is design from a constructive synthesis which makes that the total be more important than the parts. That´s why most of the vertical elements are construct based on metal structures and glass, which also aloud to define volumetrically certain programs at the same time that are visually integrate with the rest of the plant. Also the floor is define and design to support the program order of the plant, in order to differentiate longitudinal transverse circulations, work stations, meeting rooms, etc. 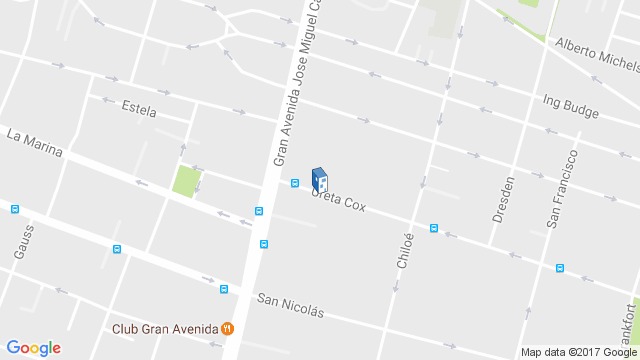