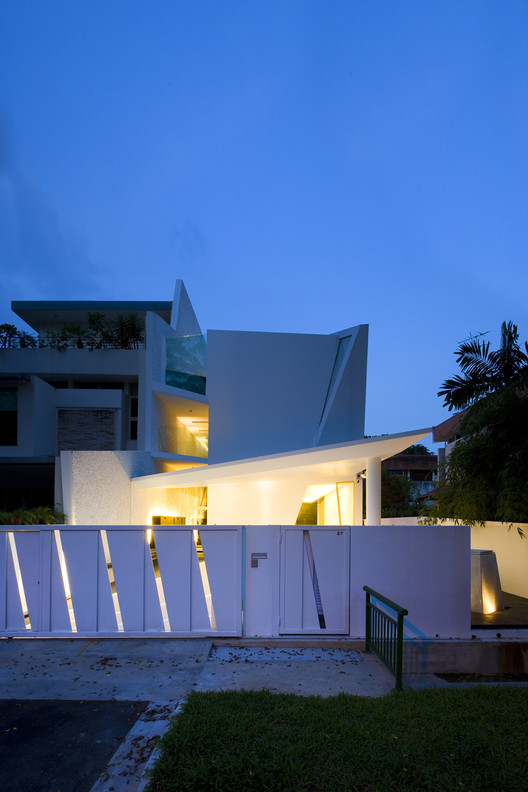 Text description provided by the architects. The existing semi-detached house along Princess of Wales Road was demolished and rebuilt for a family of 6 on a budget of $1.2 million and duration of 12 months. GFA– 370 sqm.

The house adopts a highly introverted stance, seeking to dissociate with its adjoining neighbour or for that matter the street. Strategically, the main fenestration looks to the side while other parts of the house are ventilated and lit indirectly through surgical openings. This effectively fortifies the spaces within from unwelcome gaze while allowing valuable day lighting and ventilation.

We adopted the simplest, archetypical form that generates the greatest internal volume while keeping the façade decidedly minimal. The deliberate flatness of the envelope was conceived as a counterpoint to suburban clutter of middle-class domesticity.

One of the greatest challenges was the roof form due to the multitude of programmatic and urban planning demands. We adopted the double-pitched roof to accommodate the family lounge in the attic with the front roof splaying away from the party wall to open out for the roof terrace and pool.

The main spaces are arranged with the circulation along the adjoining party wall, capitalizing on the void spaces for ventilation and indirect light. On the upper floor, the attached bathrooms are organized along the western façade to soak in the sun while buffering the bedrooms.