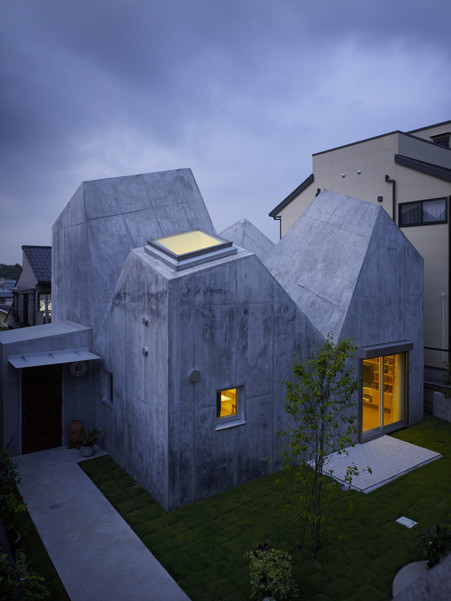 Text description provided by the architects. Structure: RC
This site is located in a quiet residential region reclaimed on a hill of Yokohama. With neighboring houses lined very close together, this flag-shaped site meets a road at a verge of no more than 3 meters in width. Since the site is tilted to the north, and the neighboring house to the south is two-storied and built on a higher ground, at first it seemed almost impossible to let in light from the south, although the client, a married couple who has lived in this place for a long time, wanted a small but sunshiny house of one-story just as their child became independent from them.

The roof which looks as if barnacled lets in light through the glass on the top of the tube-shaped windows that are set avoiding shades and eye gaze of the neighbors. On the inside of the house clearly appear the shapes of these tubes,and the arris of a kind of folded plate roof softly separate the whole residential space. The house being one-storied, we were able to form the roof with freedom. And taking advantage of the freedom, we aimed to make the exterior and the interior appear as two sides of the same object.

Although the main living area is no larger than approximately 7.5 x 7.5 meters, we tried to give appropriate distance among the scenes of food, clothing and housing by moderately separating every space along the arris of the ceiling and by making the most of the height of the ceiling itself. High arris connect neighboring spaces, and low arris separate them into, for instance, a living room and a bedroom. Infixed at the space where the ceiling is highest is a wooden mass. Inside the mass are a kitchen, bathroom and sanitation facilities, while the top of the mass is used as a designing office for their son. The top of the mass, which is a lot like a loft, and other spaces are visually separated but family members presence can be felt when they are there.

We decided that we used reinforced concrete, and we sought to use it most reasonably. By giving the roof a kind of folded plate roof structure, we were able to fulfill the pillar-less interior space. As opposed to the concrete substrate surface of the exterior, the walls and the ceiling are painted white and given a bright and homogenous finish. The floor and the built-in furniture are made of medium-density fiberboard and given a paint finish. In stark contrast to the white walls and ceiling, the furniture exists as if it has grown from the floor.
The roof not only lets in light and provides cover from rain but, on the inside, gives the space a moderate separation. The brightness and softness of light differs according to season and time of day, which changes the look of the place. The windows on the roof cut out the sky and constantly project the changes of the nature. 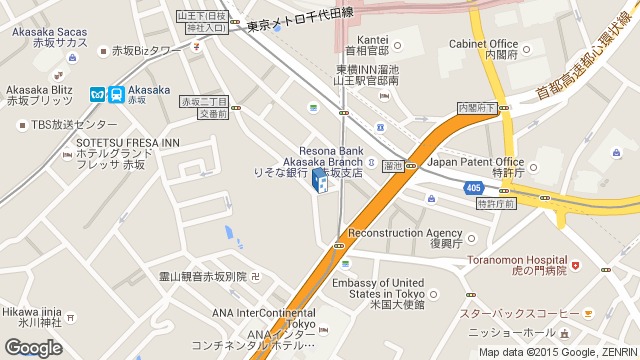