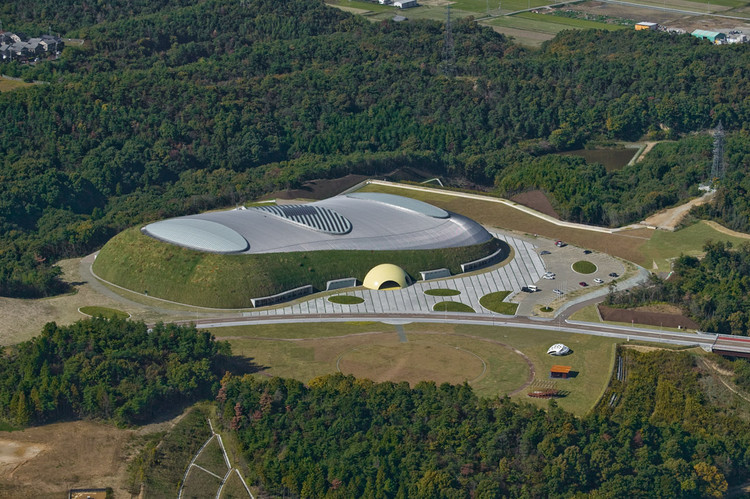 This complex is to serve as an emergency staging area in case of future disaster. Relief operations require a vast space enables assumed / un-assumed activities in case of emergency. In Hyogo Prefecture, it has been prepared for various disasters from the experience of the Great Hanshin-Awaji Earthquake. The site is improved as ‘Miki Disaster Management Park Beans Dome' which is for a stronghold of emergent operation. It was a perquisite condition to combine a function of sports activities with original function from the beginning of this project so that this complex is combined with tennis courts for regular use to utilize this vast space. This complex was required to look through the space of nine tennis courts including a center court of 1,500 seats. Generally, when a building with many seats is constructed, several legal restrictions are imposed. Many difficulties have been occurs on the process of creating the entire space without any barrier. In the middle of the dome, the centre court has been sunken 6m below ground level to clear this restriction. A standard space frame system covers the required space to obtain this vast space. Although this dome is used as tennis courts usually, in case of emergency, lorries are running in the dome and tents are pitched for relief and rescue corps. Though it is an interior space, at the same time, it is also utilized as an exterior space in terms of scale and property. Four large entrances are inserted to allow comings and goings of the lorries. Apart from them, another entrances are installed at entrance dome and back yard.

The continuous surface of roof and wall is covered with plants on artificial soil in which the bark of Japanese cedar and cypress are mixed. Mixed soil with plant seeds of 10 kinds is sprayed on the slant of 70°in maximum. At the beginning of the spraying, the state of the surface was just black soil. After a half year, the plants becomes growing. This plant glasses of surface offers a necessary result of insulation at the area of user's activities. The plants covers the building up to the height of 20m on the south side. On the north side in which the direct ray is small, it covers up to the height of 4m. The result of insulation by this plant glasses is effective, so that the temperature of inside of the dome is approximately 30℃, when the temperature of outside is 40℃ during high summer. Normally large interior space requires artificial lighting even during day time. Here, it obtains the required illumination by providing three large top light to reduce the energy consumption of artificial lighting. Shading seal was pasted on the glass to reduce the temperature increase by direct rays of sun, in addition to this, louver openings are installed for gravitational ventilation around the top lights.

Though this architecture is complex programs, the function is very simple, so that we tried to embody the required necessity realistically. Asymmetrical plan was adopted necessarily, for the reason of the structural stability which bases on that part of the site is developed land of slant and requirement of the vacant space for the activity at backyard. And this asymmetry is realized with continuous provision of system truss which has certain regularity. These selections are not for realizing historical longing or ideal which tends to fall into when imaging architecture, but for maximum embodiment of required necessity, searching for freedom which doesn't prevent the activity, and the motive of this architecture. It is also necessity of present confronting the diversification of global environment and the threat of nature. 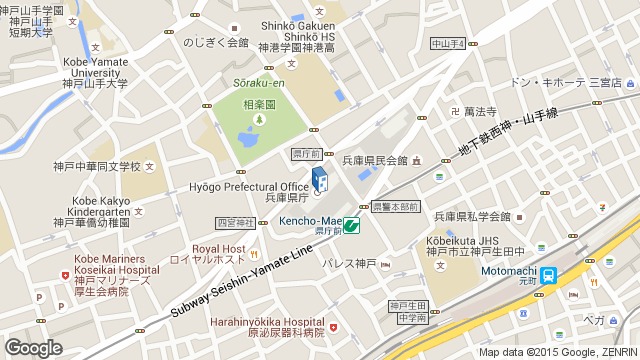