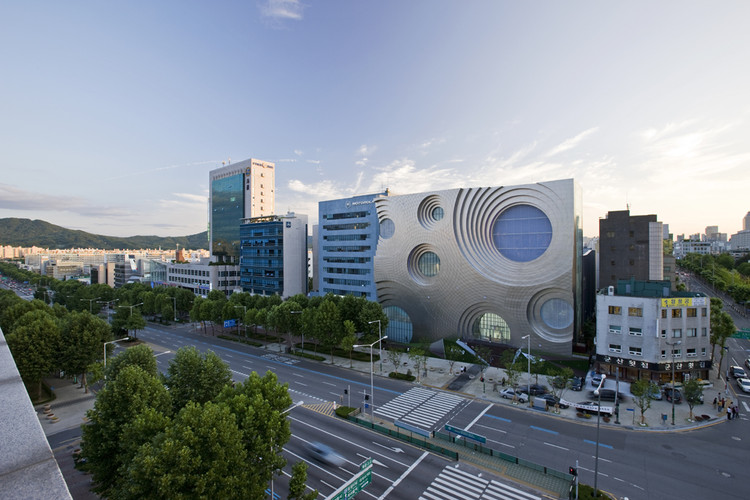 Text description provided by the architects. We, Unsangdong Architects, are proposing a rather unfamiliar approach to architecture, , which was exemplified in Kring_Kumho Compound Culture Space. Brand strategy, once used to be employed only by profit organizations as a means to create monetary assets, has evolved endlessly to reborn. Profit organizations are under more severe surveillance than ever before by public and required to demonstrate social responsibility of their own brand. Branding had been a useful tool for marketing, now it is re-categorized under brand new realm, which includes spatial concept. We would like to focus on new models of branding such as , or . defines any and all marketing activities by profit organizations to provide a space as a direct means to satisfy customers' needs or desire, or offer a spatial experience to customers by making themselves reconsider a profit organization or the image of that particular brand with space.

Space, as well as spatial design, reinforces its image as a medium for facilitating communications between companies and consumers, as opposed to simply perform its previous role to provide a place for containing customer's human behavior.

We can figure out that space design with brand identity, or design which symbolized brand identity can positively impact on customers by making them improve and reconsider a brand image.

The meaning of brandspace does not end at delivering brand images to consumers with the medium of a space or location. We live in a . Jean Baudrillard once mentioned that consumption of a product or commodity does not limit itself by suggesting consumption of usage value, the fundamentals of consumption is to satisfy human needs of social and cultural elements including happiness, comfort, success, abundance, power, authority, and modernity. People purchase and consume product or commodity to make themselves look better and gain social status or authority at the same time. Through these series of social process, consumption creates productive codes. The perspective of Baudrillard on consumption has notion of pessimistic point of view, although it is interesting that his idea on consumption as social meaning to be proliferated through the process of definition. The notion of brandspace can be proliferated with that kind of attitude. The impact on the meaning process of a brandspace does not end in simply consuming brand images, rather reinforcing and reproducing cultural influence and public sociality. It has to be shifted as .

Our intention is to construct an architectural building to create codes for companies and consumers to facilitate communication, then embed an identity in that architecture. is the concept that we applied when we designed Kring_compound culture space to realize brand identity for the client. The way we approached to create this building was different from conventional method. It was about creating an urban sculpture, then compose a compound space in it. The innovative requests, which was made by Kumho E&C Co. and the conversion of conception on architectural design work which we proposed made it possible for us to approach to the project differently to create an unconventional brand icon.

The brand image of Kumho E&C was transformed as brand identity through the architectural shaping process. The starting point of Kumho brand was putting emphasis on 'harmony'. Through the architectural interpretation process, the phenomenon of harmony was connected and emphasized to the city and society with undulation, then the notion of undulation was deepened. We wanted to gather various elements of nature, life, and city harmoniously and that essence of harmony to rush out to the city creating echo and undulations, and that became the brand scenario of the project.

Projecting images to the city and sucking up the energy of the city at the same time, gigantic , was born that way, which leads to the concept of 'Dream' as well. We wanted this to be the monument of the city day and night, specifically, a lighting sculpture when it is dark. Moreover, it becomes a pure white space when entered into, and contains all and any types of cultural program. The pure white space which achieves spatial surrealism is acting as a stage for performance. Just like a stage changes itself to conform to the types and story of a play, this becomes a compound space to fit itself to diverse needs. Cultural art management program was conceptualized so that this space can be operated by professional curator(s) to offer something more significant than just temporary events. Compound space, a passageway to communication can be proposed through the innovation of internal program which contain diverse possibilities.

Fundamental understanding on methodologies to create a brand and sale is required. Selling a design does not stop at responding to consumers' needs, rather stimulate their emotion and then create new need for production.

The bases of societies were shifted from the product production to that of information as alchemy based society was changed to more of preference and image focused society before. It is more important than ever before for an architect to create his or her own brand and then convert that to a product armed with newly conceptualized brand value for the coming information age. It is critical to define where to put your coordinates to move around because there are no more boundaries existing between roles for architects, the scope of activities, concepts for architectural spaces, nor realm of it.

'Architecture as product' can be another way of expanding your horizons and work as an opportunity for you to create a cultural band along with new culture, society, and architectural market. 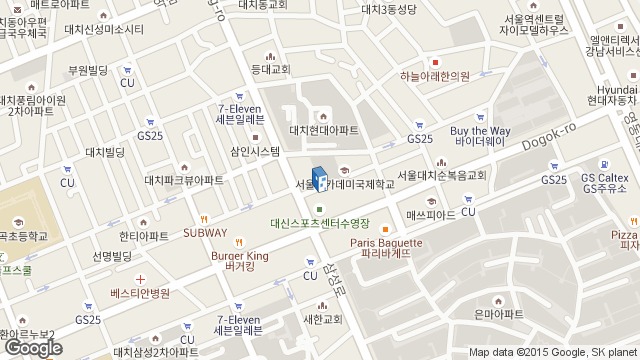