Save
Alteration of SANTPERE47 / MIEL Arquitectos 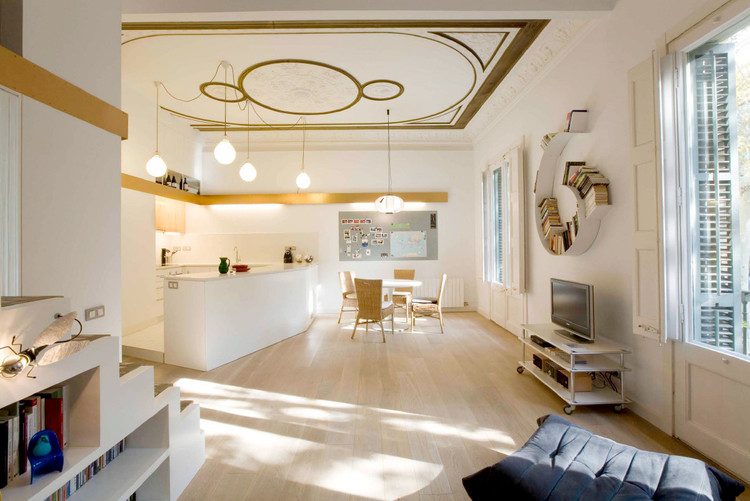 Text description provided by the architects. The alteration of the flat SANTPERE47 is a rereading of the spatial structure of the typical Barcelona’s Example flat of the end of the 19th century, succession of isolated rooms and disconnected courts. SANTPERE47 dissolves the structure of walls throw new physical and visual connections.

It was reading the flat when we discovered a geometric coincidence in the Cartesian plot, a diagonal axis that followed the hollows of the entrance’s door, of an intermediate pass throw and of one of the large windows faced to the street. This way was born the diagonal that organizes the project.

The restructuring of the former spaces of the flat gives place to visual unexpected whose origin always is the principal room that does the times of "room of control". From it, across the court you see another room, across the distributor a bath appears and across the bath on suite is the living; it is this "diluted" bath the one that allows you to brush your teeth with the light and the reflection of the trees of the street.

Two golden guides re-follow the bodies that slip on both sides of the diagonal, two technical guides that support the wired up, lighting, guides of doors and a sliding stairs. These golden lines establish a horizontal division in the flat: up to 2,20 m it flows the living space and above the given space floats, with another scale organizes mezzanines of storage, bottle racks, the entry of zenithal light in the bath or a polyvalent room.

SANTPERE47 is a fresh dialog with his origins that one discovers between the golden art craft ceiling of the dining room and the dance of drops of illuminated water, in the tactile experience of the girders of wood that support the floor within reach of your hands in the mezzanine or in the stairs - furniture that riches it formed by the mosaic re-consisted of the old living, which reflection multiplies like a magic carpet. 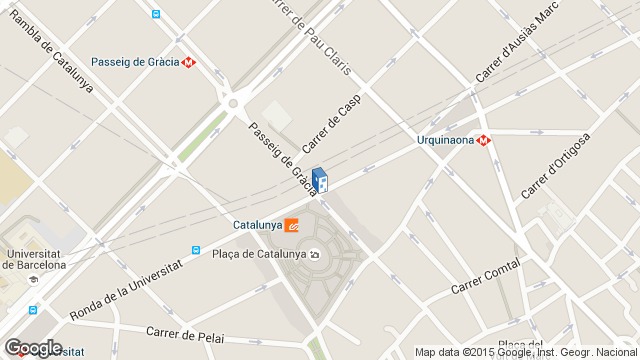 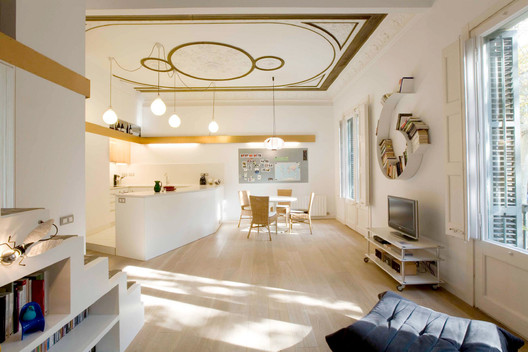