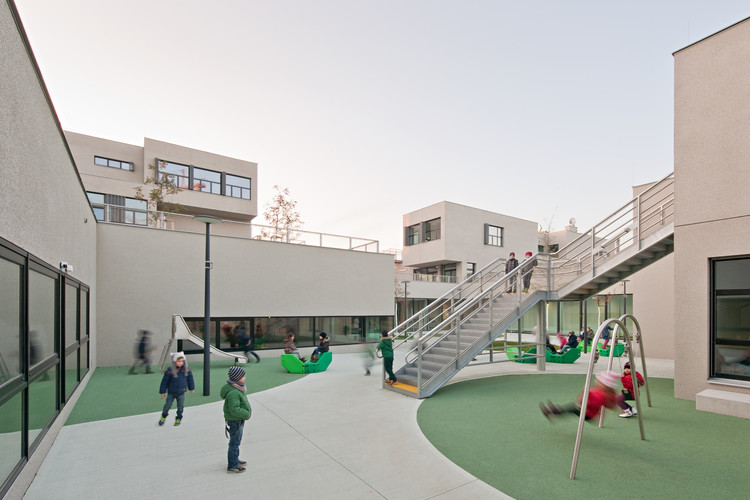 Text description provided by the architects. The Sonnwendviertel Campus of Education is a communal educational facility for children aged from 0 -14 comprising a kindergarten, primary school and secondary school. Transitional boundaries between facilities are experienced as flowing, thus creating promising pedagogical and spatial synergetic effects. The campus is run on a full-time basis all the year round.

The campus is based on an innovative educational concept of the City of Vienna. Specified for the first time on the basis of a quality catalogue rather than a spatial programme, it had been the declared programme of the competition to spatially define the ideal learning environment for modern everyday school life. These educational facilities are organised in so-called clusters, which are units each consisting of four classrooms, a project room and a team room for teachers. A shared area in front of the classrooms, the so-called market place, is used interactively. Based on the simple concept of avoiding exterior axial alignment, this market place can be fully furnished and used for teaching purposes.

Each of these individual educational facilities consists of four clusters. An exact spatial translation of this organising principle led to a tree-like branching of individual educational facilities throughout the site, the branch originating in a synergetic hub comprising functions such as a dining room, gymnasium, triple sports centre, multi-purpose hall and special teaching rooms. Apart from this centre, the school is organised on a two-storey basis throughout. In the stacked clusters, the educational areas are staggered by one space, thus creating a roofed open classroom underneath the one above, and an open classroom as a terrace above the one below. Inside and outside spaces interlock, thus creating an overall pedagogical area.

Resultant diverse meeting places enable children of all ages to learn from each other. Although individual parts of the school resemble one another, they are in no way equally structured or assembled, and no classroom looks alike. Students learn how to find their way around just as in an urban area. Special codes, similar to those of Scottish clans, mark individual groups within the school community. Boundaries between classrooms are blurred in favour of more subtle and variable transitions; boundaries are therefore negotiated and independence is learned based on choice. All classes have directly adjoining smaller rooms (nests) for quiet or active learning and playing. Everything is grasped as a possible approach, whether it be urbanistic considerations or especially crafted desks designed to allow students to learn in groups, rather than just in pairs.

Morphologically, it is no coincidence that these results are reminiscent of models from the second half of the 20th century, which had been established against a backdrop of free pedagogy that would bring out the best in every single child. Today, this educational approach has become state of the art, unfortunately often squeezed into completely inadequate rooms. 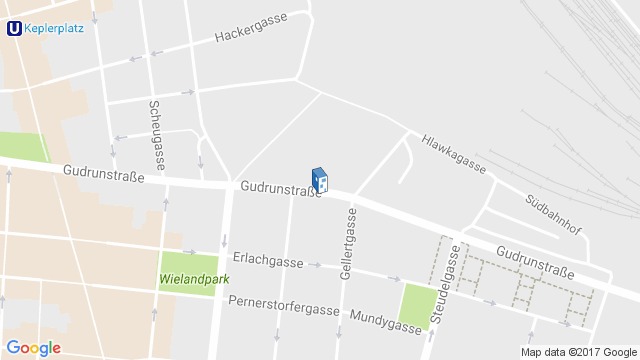 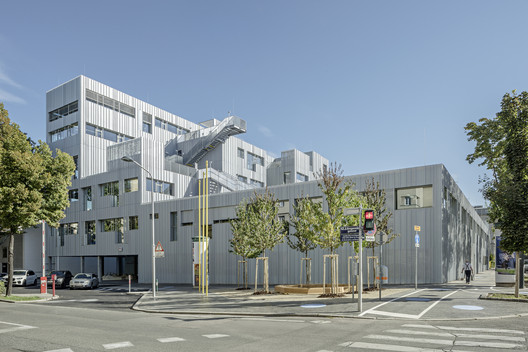