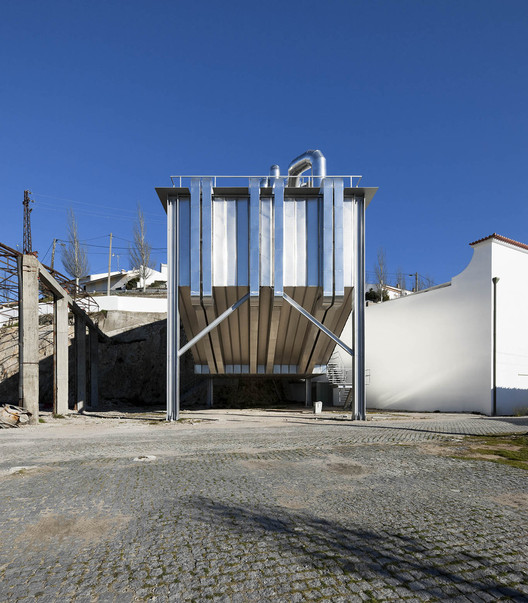 Text description provided by the architects. The Auditorium A, a new construction, performs the dual function of finishing the line of adapted constructions into the International Centre for Virtual Reality (ICT-VR) and the Auditorium B, while creating a reference on the street mainly by the opening space in front of the Tourism and Hotel School, to which implementation it suits.

It is essentially an equipment to support the School also functioning together with the Auditorium B. One of the Plan’s ideas is that all infrastructures should be shared so both auditoriums are technically equipped and infrastructured appropriately to their specificities. Thus, the Auditorium A will be directed to conventional classes or using audiovisual media projection, lectures and conferences, presentations, theses, etc., being referred to the Auditorium B, the specifics needed to use almost exclusively for musical activities and representation.

This building was thought with a building system and image that refers to the configuration of the various "metal machines" - authentic sculptures that point the whole factory. Like these, the infrastructure and pipelines are apparent and are part of the composition of the elevations. 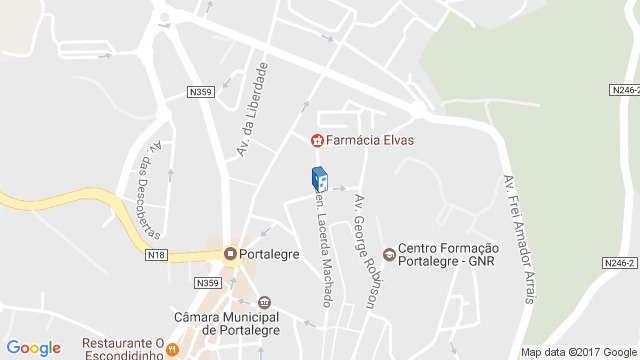