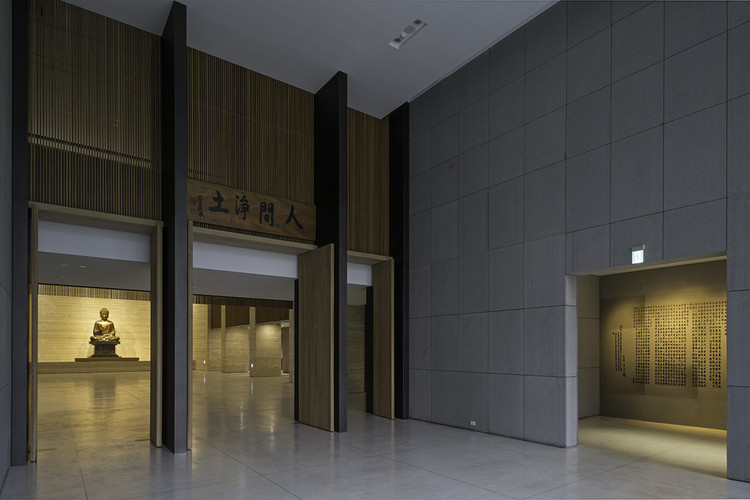 Text description provided by the architects. Bow-Yun Temple is located in the center of Taichung City. The building site is on an elongated rectangular lot which is slanted on the southeast corner. It can be accessed both on the north and the south. The north façade is facing the central axis aligned by City Government, City Council Building, and the City Park Mall. The south side merged into a low-rise residential area. The volume consists of two towers sharing a base podium– The 12-storey-tall north tower contains gallery, classrooms, conference center, and Guan-Yin temple on top floor. The 8-storey-tall south tower holds the meditation hall and living spaces for the monks. The 5-storey-tall podium functions as a multi-functional modern Buddhist temple, which accommodates large eventual spaces such as Reception Lobby, Dinning Hall, and Grand Buddha Hall.

In order to release the long spanned eventual spaces in the middle, we put two heavy-structural zone on the east and west side to “sandwich” the column-free area. The heavy-structural zones are designed as a double column space with short-spanned deep beams in between, so the column-free area can have a much higher ceiling clearance. All the supporting services and circulations are also arranged on the sides, to free up the eventual “central void” in the middle.

The design concept of the north façade is derived from the traditional image of Chinese Buddhist Temple; we transform the language of the big eaves into an inclined glass curtain, so the way the glass panels connect resembles roof shingles. Underneath the big eave, a shadowy recessed opening appears, it is the entrance of the eventual central void. Stairs and elevators are on the east wing, ritual circulation ramp on the west. 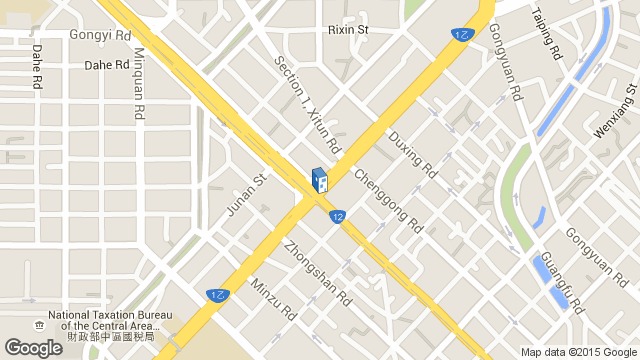