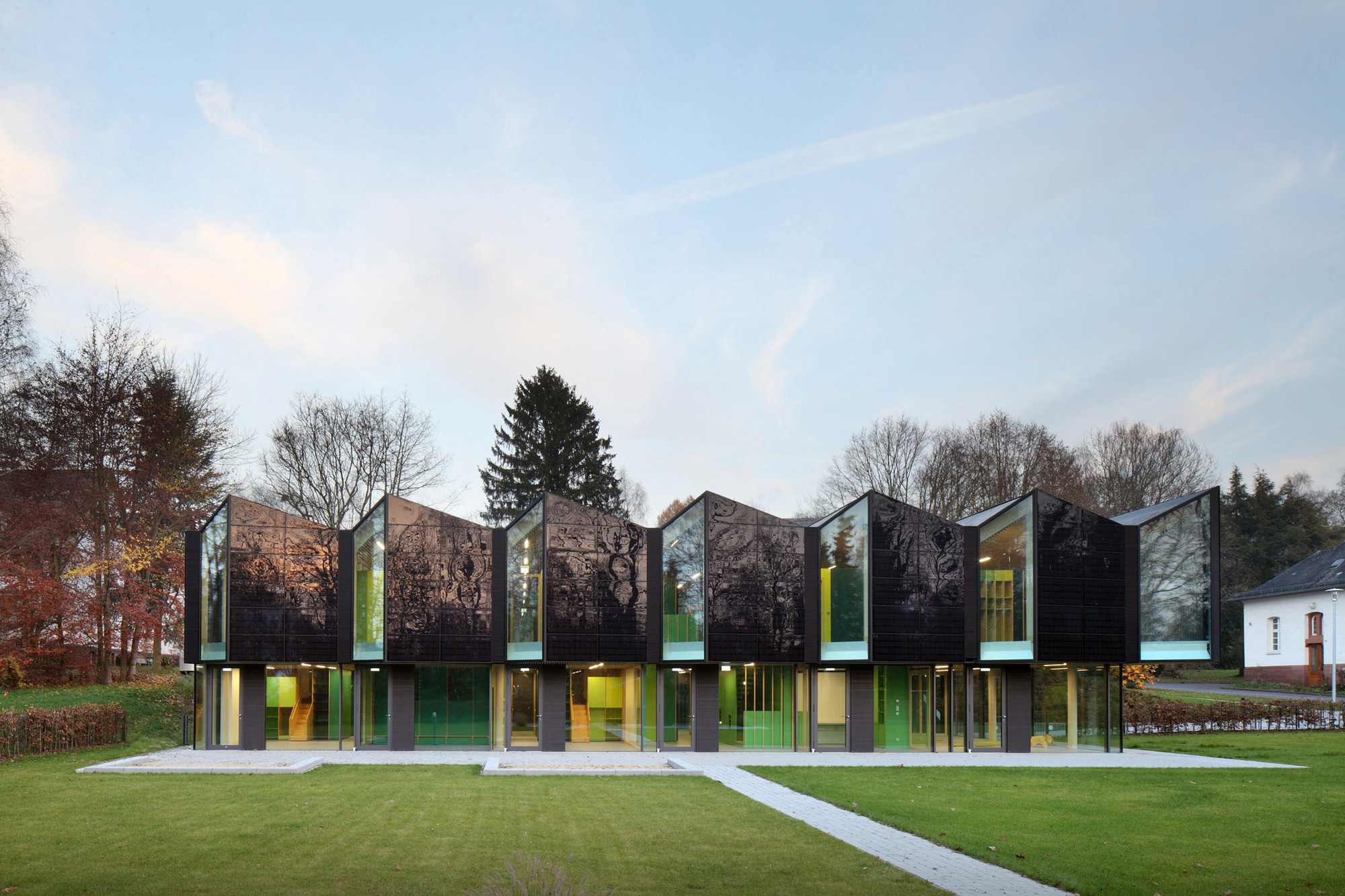 Text description provided by the architects. Just one huge university - this is how Marburg could be described. Philipps University founded in 1527 is the city's major employer. Research projects are conducted, innovations developed and impulses for the whole region given. When it comes to architecture, there as well progressive earlier projects can be discovered. Thus, in the 19th century, the Vitos Klinik was built in pavilion style to suit the concept of the psychiatric reform - as a prototype in Germany. Instead of situating the clinic in a large complex, the wards were distributed over several buildings surrounded by a garden. During the clinic's restructuring, old buildings and areas became vacant and the city once again showed an unconventional approach.

While, formerly, the grounds were closed, they are now open and intermixed with residential buildings, schools and day-care. The psychiatric facility thus also becomes part of the everyday life to reduce fears of contact. As usual if the issue is developing green areas, discussion arose about the plans for the vacant sites. However, those responsible assured they would preserve the park atmosphere by planning as low-density a development as possible. In addition, the historic building fabric was to be conserved and converted for new uses. A successful example of this objective is the +e children's day-care centre designed by the Darmstadt office Opus Architekten. It was built on a sloping meadow west of the historic chapel. With the ground floor partly built right into the slope, the compact, two-storied building attracts attention with its folded glass facade towards the meadow and the also multiply folded roof. This striking exterior shape results in a high recognition value - not only for reasons of design but also to create an energy-plus house. The folding of the projecting facade, for instance, makes the optimum alignment of the integrated solar modules possible and increases the solar-active surface.

The shape of the wooden roof has a particularly good load-bearing effect. The building fits into the surroundings despite this extraordinary design. Thus the green of the park is reflected on the envelope or, through the facade, one sees that the shades of green and wood appear in the interior design. Although the architects kept a respectful distance to the historic chapel, it is used by the day-care centre as a multi-function room and for the play-equipment of the groups on the upper level. The new building offers five group rooms for about 50 children. On the ground floor are two group rooms and a multi-function room next to the entrance. In the back, below-ground area, on the other hand, are the technology- and the housekeeping- as well as the storage rooms, a kitchen and a staff room with an atrium in-between. On the upper level are the other three group rooms. All the group rooms were similarly designed and two groups each at the most share a differentiating area.

On the ground floor, the wooden ceiling with a lamellar structure directly adjoins the volumes while, on the upper floor it is visually separated with glass. This clearly brings out the folded roof shape. The architects designed highly differentiated interiors and thus made it possible for the children to identify themselves with their respective space: an impor-tant feel-good factor. At the same time, already early on the little ones' feeling for architecture is trained - all in line with Marburg's teaching tradition. 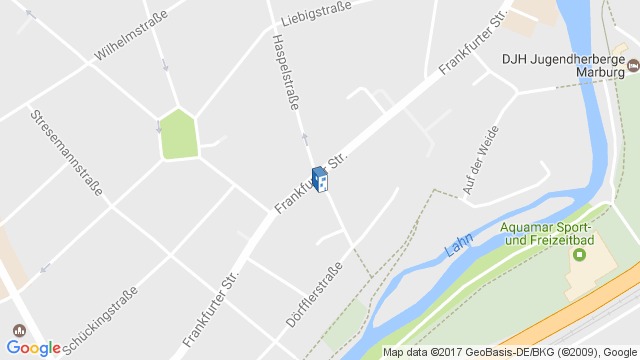 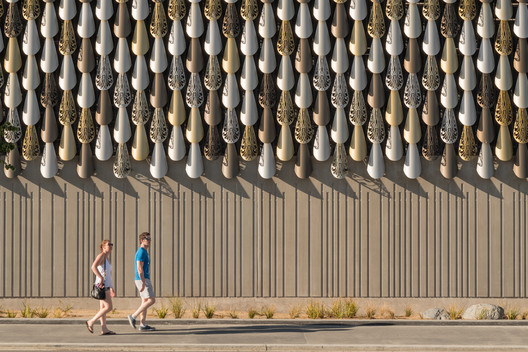