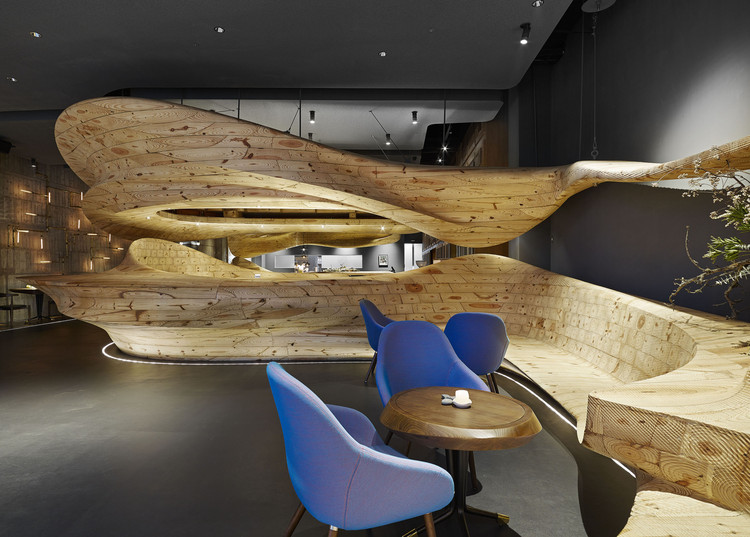 Text description provided by the architects. What was the collaboration with Chef Andre like?

The conversation between WEIJENBERG and Chef Andre to design a new restaurant started late 2013 after WEIJENBERG’s architectural designs for Jason Atherton’s The Study and The Library in Singapore caught Andre’s eye. It quickly became clear that Andre’s gastronomic vivid imagination combined with WEIJENBERG’s artistic vision would set both on a trajectory to create a restaurant that would reflect the visceral and primitive nature of its namesake ‘RAW’.

The collaboration brought two minds together with a mutual ambition to create something extraordinary. Andre’s artistic vision for food allowed WEIJENBERG to discuss the design on a much deeper level, and while Andre had specific ideas about the interior design, he also provided the creative freedom to actualize a new entity of restaurant that is fast becoming a hallmark of Taipei – that of gastronomy fused with design, where food meets art. There was no one inspiration for RAW, it was a true case of two creatives meeting on equal terms, challenging one another and evolving an idea. Along the way there were many opportunities to simplify the design, make it smaller or even take out large sections. But we persevered with the courage of conviction that we were creating something truly unique and managed to steer the project exactly as we had envisioned. The artistic tension between contractor and the client led to the result that can be seen in the restaurant now.

It seems like you were not merely approaching the project as a space for dining, but a stage for a performance where food is the main performer. How did this idea influence your design?

André’s food is always presented with artistry providing a muse for WEIJENBERG to select colours and tones accordingly to keep the main dining area minimal. The desired aesthetic was to create a close proximity between customer and food – table and chairs with lighting that would almost shine on the dishes only. The experience of Andre’s food is intended to be intimate. This intimacy allowed us to use wood as our main medium in the restaurant in its pure state to encapsulate the customers within a wooden sculpture in a gentle manner.

Why was it important to not have distinctive divisions in the restaurant?

For us it was important not to have distinct partitions as we felt this ‘boxy’ approach would be restrictive for a highly creative chef. We made RAW intentionally interior borderless, yet we still needed to intertwine restaurant operations and functionality with design. This created a complex challenge as we had articulated a geometry that needed to have a strong practical element to it. Most of the sculpture is purposeful with storage, a wine island and a large counter by the entrance without compromising the beauty of the design.

Where does the form of the central wooden scuplture come from? A lot of your works have fluid forms – why is this the case?

At WEIJENBERG, we very much like to explore what is possible within the realms of ‘crafting the traditional’. Having been previously trained as a carpenter, a lot of my work involves wood. I am always drawn to this material and have a strong affinity to it. It is also a material that is excellent for carving and shaping. With that, new technologies are a making this a very exciting medium to work with.

What are the specifications of the central wooden sculpture? What holds it up?

The large wooden scuplture was designed by various computer software programs, 3D Rhinoceros and Grasshopper to create a machine cutting pattern. FEM (Finite Element Method) was used to calculate the load on the ceiling sculpture in the event of earthquakes. The wood itself was subsequently handcrafted by carpenters who assembled the sculpture piece by piece. This is visible as each section of the sculpture has several joints; large pieces have been assembled in blocks where sometimes a joint is still noticeable. The textured lines on the sculpture were left on purpose and planned digitally before they were cut so they aligned in the right direction and always matched.

Could you elaborate a bit on the kind of Taiwanese-ness exhibited through the project?

The entire project is made in Taiwan, from the local Taiwanese Soft Wood cut out of wooden blocks from techniques traditionally used in ship making. All details were precisely drawn out and discussed with local carpenters on site and in the factories. The long wine wall, containing storage units is almost 4.5m high and almost 18m long, made entirely with typical Taiwan louvers.

What is the relationship between the central wooden sculpture and the seater rectangular / round tables? Why are the seater tables in different shapes?

The tables each have a different shaped table top, to break the space and monotony further, preventing a clustered feel. It also creates a sense of variety as you can dine at RAW many times and never have the same seat or view. 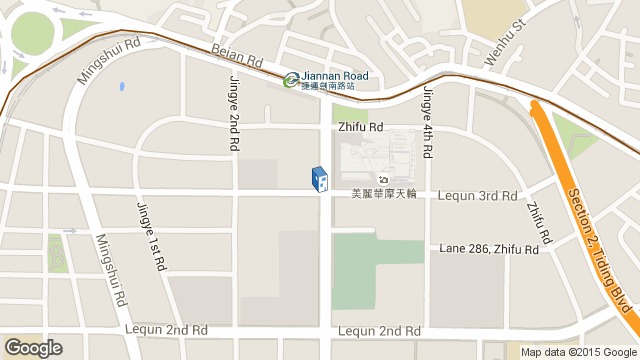