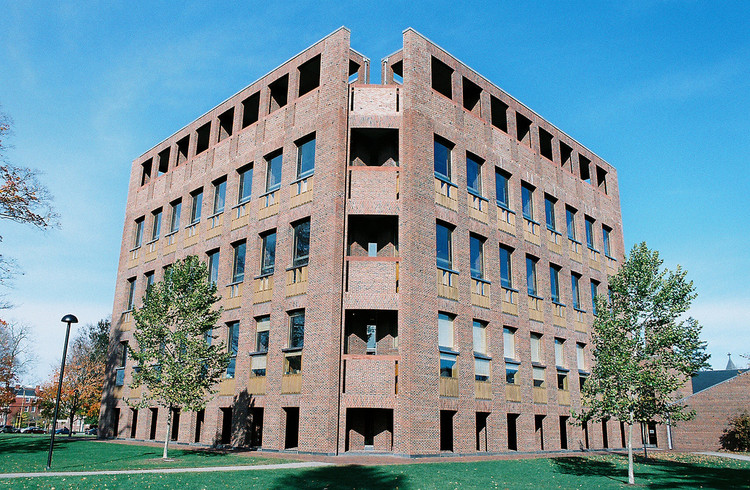 Text description provided by the architects. In 1965 Louis I. Kahn was commissioned by the Phillips Exeter Academy to design a library for the school. The Academy had been planning the new library for fifteen years but were consistently disappointed with the designs that the hired architects and committee were proposing. The Academy was very particular in knowing the kind of building they wanted: a brick exterior to match the Georgian buildings of the school and an interior with the ideal environment for study. Kahn's sympathetic use of brick and his concerns for natural light met these specific principles that the Academy had in mind for the library, and thus the design fell in his hands.

"The quality of a library, by inspiring a superior faculty and attracting superior students, determines the effectiveness of a school. No longer a mere depository of books and magazines, the modern library becomes a laboratory for research and experimentation, a quiet retreat for study, reading and reflection, the intellectual center of the community.… Fulfilling needs of a school expected eventually to number one thousand students, unpretentious, though in a handsome, inviting contemporary style, such a library would affirm the regard at the Academy for the work of the mind and the hands of man."

People enter the 111'x111' square library from the ground floor and climb up a grand set of stone stairs to the first floor. Coming up the last step onto the first floor one can immediately perceive the relationship of reference area, circulation desk, and book stacks. Kahn found this aspect to be important so that visitors can easily understand the plan of the building upon their entrance.

With the circulation desk on the first floor instead of the ground floor it is evident that service took priority over security. The Academy accepted this at ease since it allowed librarians to be closer to the bookstacks and the readers, therefore making the most sense when considering the function of a circulation desk in a library.

The beauty in the architecture of the first floor, however, is what gave the Exeter Library its fame. This main floor reaches 70 feet in height and soaks in natural light from a clerestory at the top of this space and from large expanses of glass on the north and west sides. From this 50 foot square space visitors can spot metal bookstacks and readers seven levels above through large holes punctured perfectly into the walls, almost touching at the corners where the walls square off.

The upper floors contain book stacks for 250,000 volumes, a student computer lab, a viewing area for videotapes and DVDs, listening areas for music, offices for use of faculty members, and 210 specially designed study carrels for students. On these floors are approximately 450 different seating types scattered among the building in different rooms, such as some lounges and on a terrace that encircles the building along the exterior of the fourth floor.

Kahn used Exeter brick on the exterior of the nine story building, a material made in Exeter itself and a design factor that was important to the Academy. He also used stone and slate in the interior, and finished certain aspects of the library in natural wood. The wood contrasted the stone by giving the spaces a sense of warmth and a glow that welcomed readers when the natural light flooded upon this natural material.

The Academy was finally content with their new library when it was completed in 1972. Kahn was successful in meeting all of their resquests through his own principles of design. The building is functional and meets the needs of the readers first while still standing as an innovative structure in itself. It is, in Kahn's words, "the thoughtful making of spaces." In 1995 the building was officially named the Class of 1945 Library in honor of Phillips Exeter Academy's eighth principal. 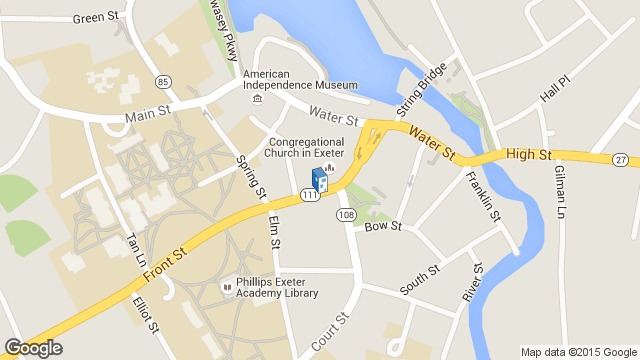 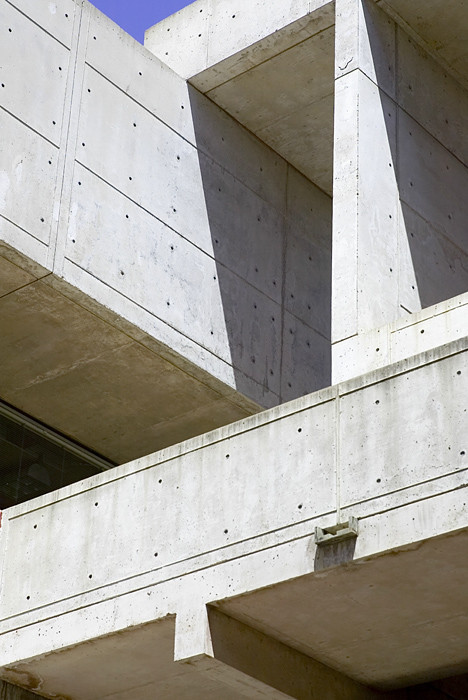