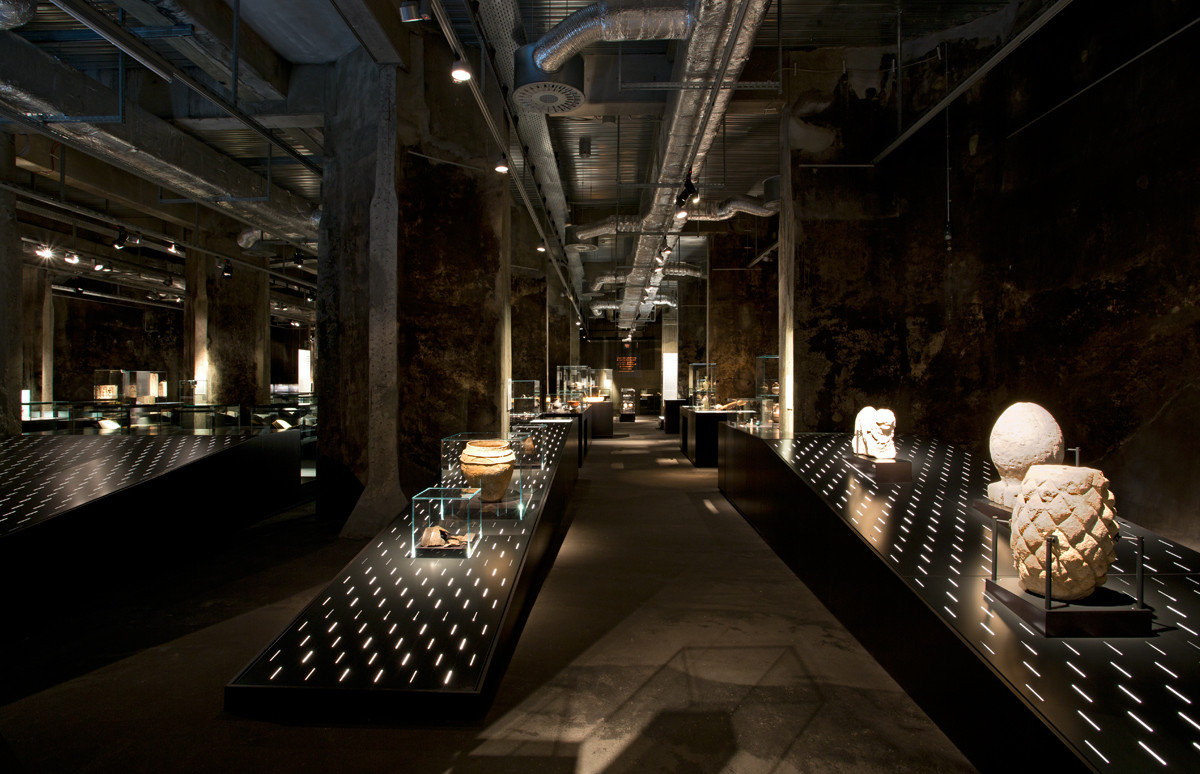 Text description provided by the architects. The exhibition rooms were created through the connection of former coal bunkers. They form a cathedral-like three-nave space. The exhibition architecture reacts to the defined structure of the room with installations extending over several room sectors. Flat platforms with display cases and plinths meander through the room creating interior spaces dissociated from the structure of the former coal bunkers.

A lattice of light spots extends through the entire exhibition. The light coming through the laser-cut long slits in the backlit steel panels creates wide illuminated zones in the room, which, in order to protect the exhibits, is otherwise in semi-darkness.

The way through the exhibition is in the form of a spiral from the right to the left and then the middle of the room, where the most notable and precious exhibits, the early medieval items from Werden and Essen abbeys, are presented. The entrance is marked by three ramps lined with prehistoric archaeological finds.

The two halves of the room have different structures. On the right, where the archaeological objects are shown, the route is winding. For the frequently small, fragmentary but less photosensitive objects from archaeological excavations, “introverted” viewing areas cut off from their surroundings have been created. The exhibits are sunk into the plinths or protrude from them as brightly lit objects in tower-like showcases.

On the left side of the room, early medieval objects are presented individually in a strictly geometrical pattern on elongated parallel plinths. Paths at right-angles lead to the centre of the room, where the first manuscripts from the region are shown in separate showcases grouped together on platforms.

Book lights designed specially for this project illuminate the manuscripts evenly, permitting them to be examined in detail.

As a reference to the exhibition room, an industrial monument in the New Objectivity style of the 1920s, room dividers made of black-painted industrial chains mark the limits of the room and divide it into sections. These “chain curtains” recall the chainmail shirts worn by medieval warriors and also their function as components of the bridges, boat lifts and conveyor systems associated with early industrial and transport architecture.

The exhibition makes considerable demands in terms of logistics and protection of the objects. The 800 or more exhibits from the third to eleventh centuries, consisting of early manuscripts and music scores from the region and extremely rare church treasures, are insured for over 70 million euros. 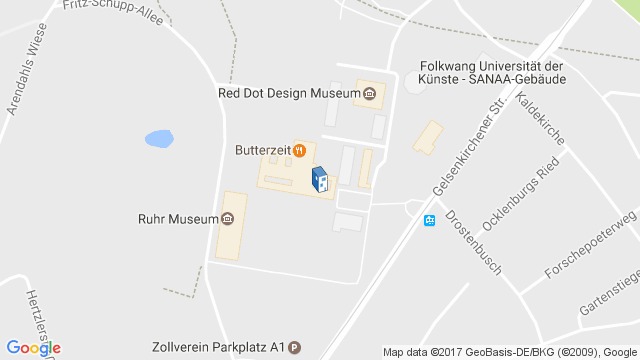 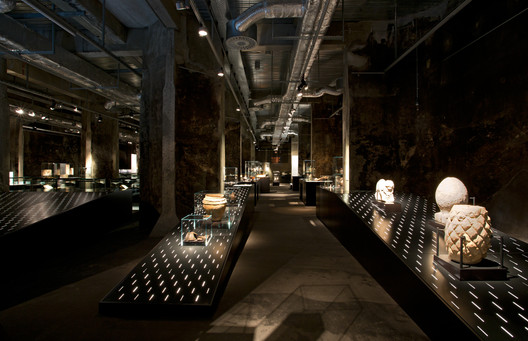