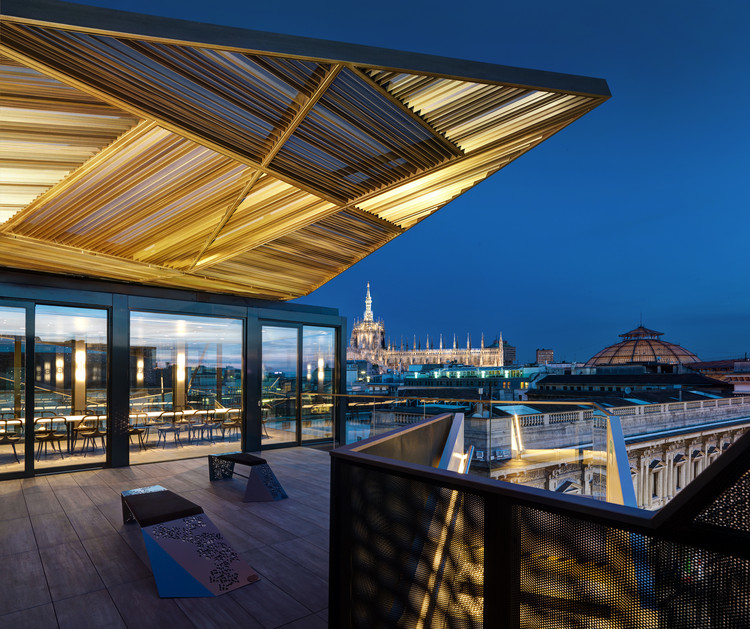 Text description provided by the architects. Priceless Milano is a temporary installation, a living unit designed to be moved around and placed on existing buildings in highly visible locations.

The event, which MasterCard has included in its ‘Priceless Cities’ project - an extensive tourist promotion programme on a vast scale in major international metropolises - was managed by the company 4Ward Events. Designed to be used as a restaurant and much more, the pavilion will be installed on top of Palazzo Beltrami in Piazza della Scala, Milan.

This travelling restaurant concept has been developed by MasterCard for EXPO 2015 and for the ‘EXPO in città’ project with the chosen location being on the roof of Palazzo Beltrami, home of the Gallerie d’Italia and Intesa Sanpaolo Museum Centre in Piazza della Scala. 4Ward was commissioned to devise and organise the project, which will enable Priceless Milano to offer a unique vantage point overlooking Piazza della Scala and right across the city of Milan from the rooftop of Palazzo Beltrami. This illustrious location already holds the collections of modern and contemporary art that used to belong to the Banca commercial Italiana and which, together with works on display in the adjacent buildings Palazzo Anguissola and Palazzo Brentani, devoted to 19th-century art, constitute a highly prestigious collection that is a real international tourist attraction.

The restaurant is designed like a sort of travelling gastronomic theatre, a ‘Carro di Tespi’ (travelling theatrical company ) at which leading chefs from all over the world are invited to show off their skills on a rotational basis during cooking shows held in front of guests. The architectural design of the pavilion, bearing the signature of the architecture and design firm Park Associati, is a highly distinctive but not over-imposing form that confronts rather than collides with surrounding premises.

One single table will accommodate 24 diners engaged in a unique experience; for the occasion sliding walls can be used to separate the kitchen area from the dining area. The table lifts up to the ceiling and the space can be completely opened up. Window-doors providing access to the outside terrace have been placed along the longest sides of the dining area.

Priceless Milano will not only host a restaurant. Each week throughout the whole of EXPO 2015 there will be different themes and trends focusing around a passion for good tastes and flavours. Interviews and testimonies will provide a unique kind of storytelling about the event that will be broadcast on various media channels. Its spin-off in terms of image for both the city of Milan and EXPO will be further echoed by MasterCard’s communication channels, which will promote the event internationally as part of its Priceless Cities programme. 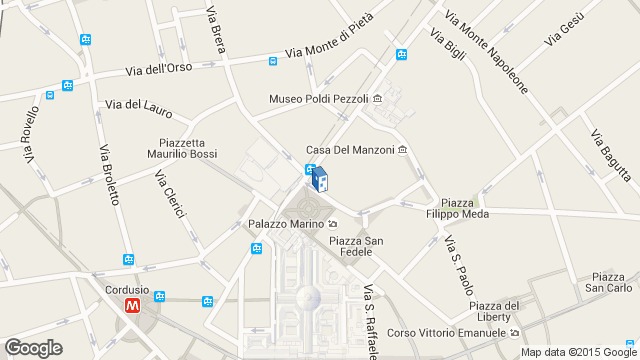 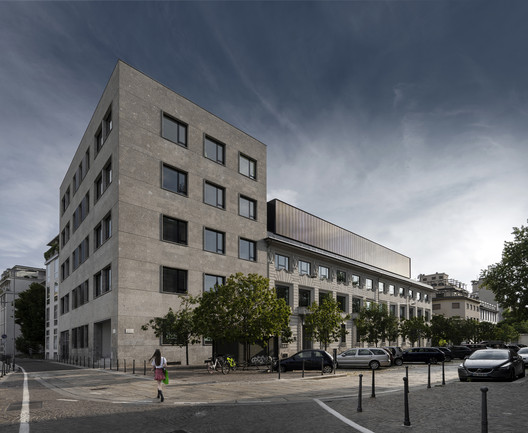 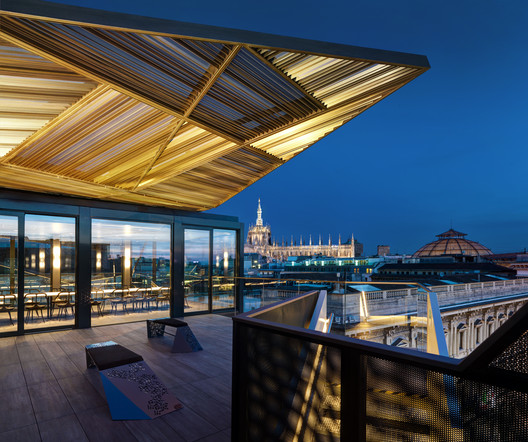