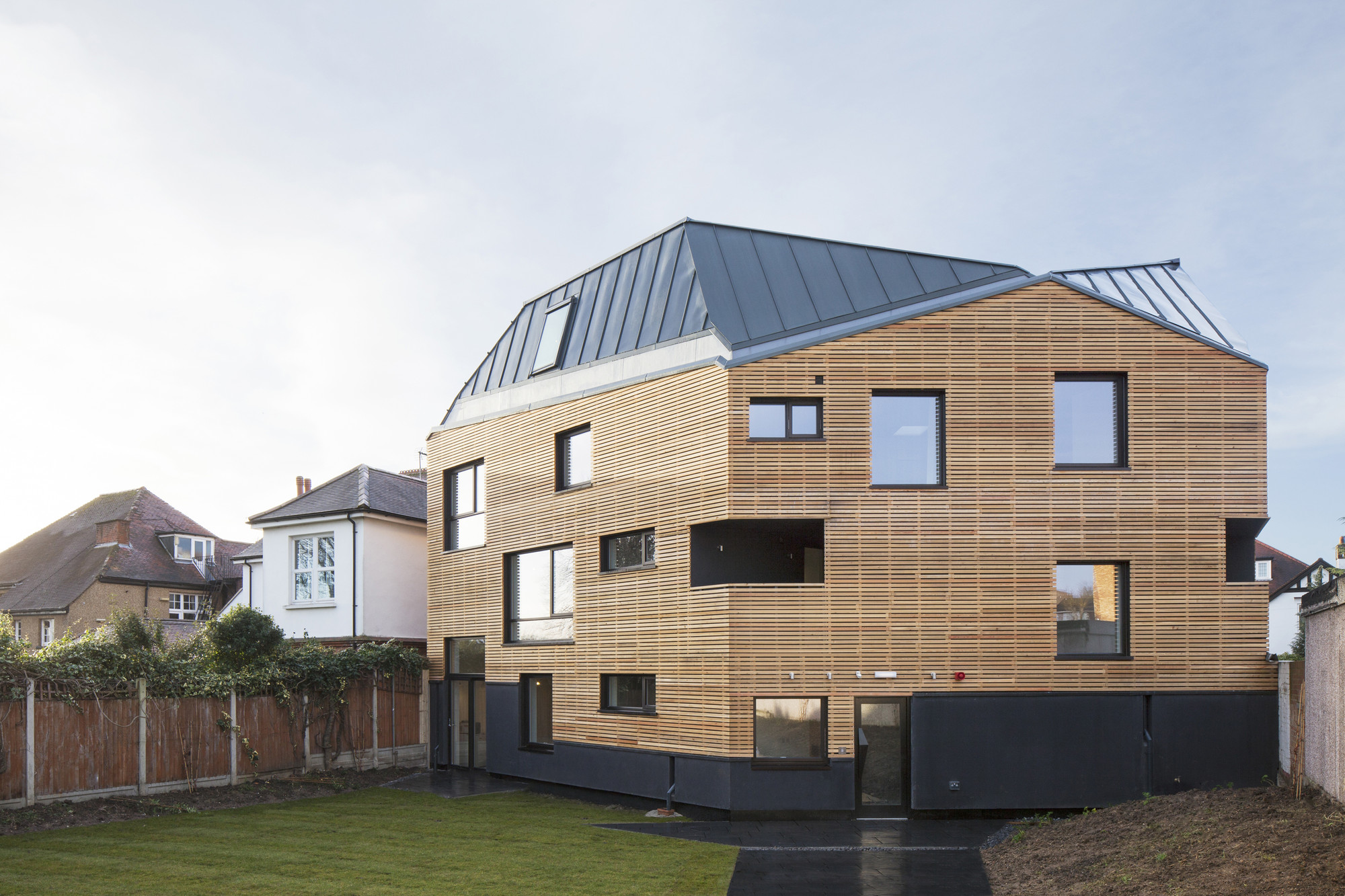 Text description provided by the architects. Mazarin House is a block of 6 two-bedroom flats in Woodford, East London. The design optimises the use of space on a constrained site using digitally fabricated timber structure and sets high standards of sustainable design.

The brief of the project was to construct a block of flats appropriate to a site with an unusual urban setting. Neighbours to the south and west are large, detached 1930’s homes whilst to the north and east they are 1970’s blocks of flats. The new building needed to provide a transition between these two conditions.

In response to the mixed urban setting the building was designed to be seen as a hybrid between a block of flats and a detached townhouse. This was achieved by combining the density of a block of flats with the massing and proportions of a detached house. The width of the front façade was matched to the adjacent houses and the roof profile echoed the double-bay fronted properties nearby.

To optimise the available space, light and views a non-orthogonal geometry was used in the design. Without the restriction of designing only in right angles the building could respond much more sensitively to its constraints.  All 6 flats achieved south-facing, double-height living spaces and generous balconies.

4 stories of accommodation was built on a site where only 3 had previously been possible whilst the mass of the building could be sculpted to respond to allow light and views to reach neighbours.

The project needed to achieve high standards of ecological design based on the criteria of the Code for Sustainable Homes, Level 4. This was achieved primarily through the rigorous design and construction of the building envelope to achieve high levels of insulation and air tightness.

The walls, floors and roof of the building were built from cross-laminated timber (CLT) panels. Unlike most other forms of construction these form a continuous shell that can easily be made air tight to eliminate drafts.  This shell can in turn support a continuous layer of insulation without penetrations of other building elements that would create a cold bridge.

The CLT panels also allowed significant savings in carbon dioxide emissions from construction.  Typical construction systems in steel and masonry would have emitted around 150 tonnes of C02 during their manufacturing whereas the CLT actually sequesters around 160 tonnes for a net saving of 310 tonnes.

The non-orthogonal design was made possible by the cross-laminated timber (CLT) construction system. The CLT panels were cut by computer numerical control (CNC) directly from a 3D computer model. This digital fabrication workflow allowed the many complex angles to be easily constructed on site from a precise kit of parts. 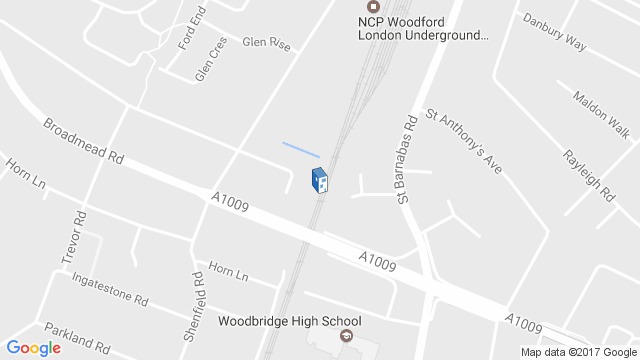 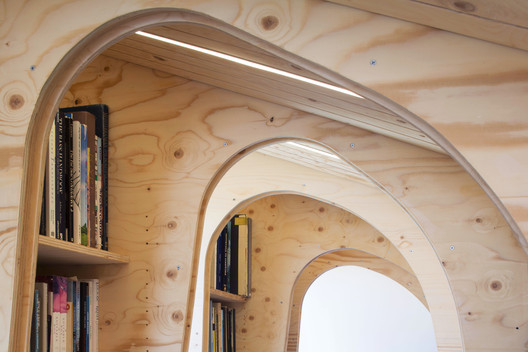 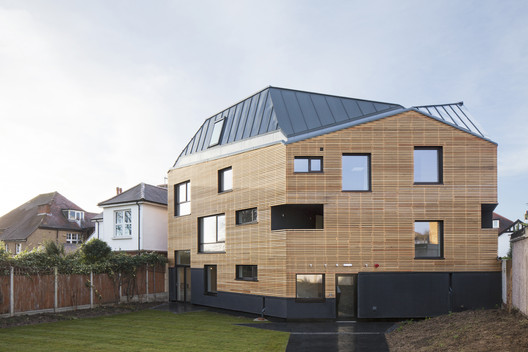