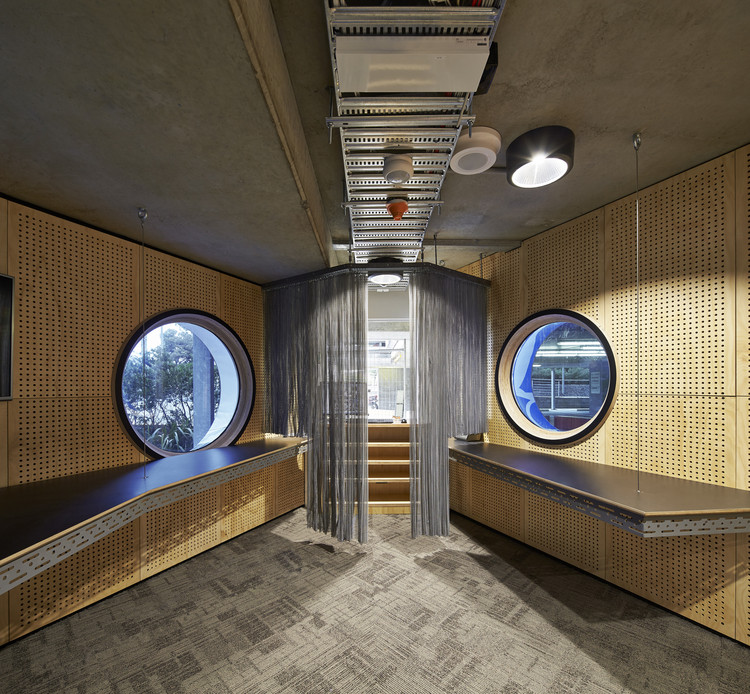 Text description provided by the architects. Hydronaut is a semi-permanent, demountable structure housing an armament of security staff at the northwest edge of Monash University’s Caulfield campus. Occupying just five parking bays on the ground floor of an existing multi-deck car park, its sight lines include a local shopping plaza, Caulfield train station and Monash University’s Campus Green, each window portal taking in a different aspect of the surrounding panorama. The new building provides a panopticonic point-of-presence in a location known for its security challenges.

A core aim of the project was to integrate product/infrastructure longevity strategies into work practices; however, rather than designing discrete long-life objects, the notion of longevity was considered from a multi-lifecycle perspective – where waste from one lifecycle generates raw material for another, and so on. The aim being to reduce material consumption while maintaining flexibly designed artefacts and spatial environments.

To this end, and true to the project imperatives, the building’s nine tensegrity exterior modules are reminiscent of lightweight, tent-like structures. They were constructed reusing a disparate range of domestic, commercial, industrial and construction waste – the adhoc nature of which required novel construction methods and material combinations. Each module was hand crafted from waste PVC truck side curtains stretched over tensioning frames made from unwanted exercise trampolines, discarded steel storage racks and reused stud framing. These assemblies were designed upfront for disassembly and further reuse.

Supported by an enthusiastic design-research focused client this collaboration between designer/maker Mark Richardson and Studiobird explores positive interconnections and tolerances between exacting Industrial Design and round the millimetre Architecture by exploiting the artisanal qualities of both practices. The collaborators share principles of experimental materials and processes, design-by-making and an artisanal approach to using adhoc materials. Given the project was undertaken in an academic environment, knowledge transfer was also a key concern; four students assisted in the research throughout the construction phase. Hydronaut surfaces as an investigation into interdisciplinary practice with a vigilant and playful built result.

A core aim of the project was to integrate product/infrastructure longevity strategies into work practices; however, rather than designing discrete long-life objects, the notion of longevity was considered from a multi-lifecycle perspective where waste from one lifecycle generates raw material for another, and so on. The successful outcome of Hydronaut was being able to reduce material consumption while maintaining a flexibly to design thoughtful artefacts and spatial environments.

This value proposition was important, as it not only ensures the responsible use of finite resources, it reduces waste to landfill, minimises carbon emissions, value-adds products and infrastructure and increases material efficiency in manufacturing and construction. Ultimately this practice shifts the cost emphasis from a materials to human labour (that is, reduced investment in new materials and increased investment in human labour to refurbish existing materials), can deliver projects with a genuine edge over those made within traditional cradle-to-grave material flows.

Throughout all phases of the project the designers scavenged materials from various sources including offcut or rejected materials from other Monash University construction sites, local waste transfer centres and nature strips of suburban Caulfield. Roughly seventy precent of the final project incorporates up-cycled materials that were physically refabricated by the designers and team. 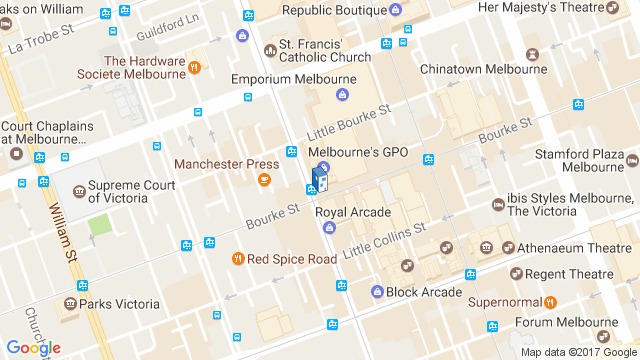