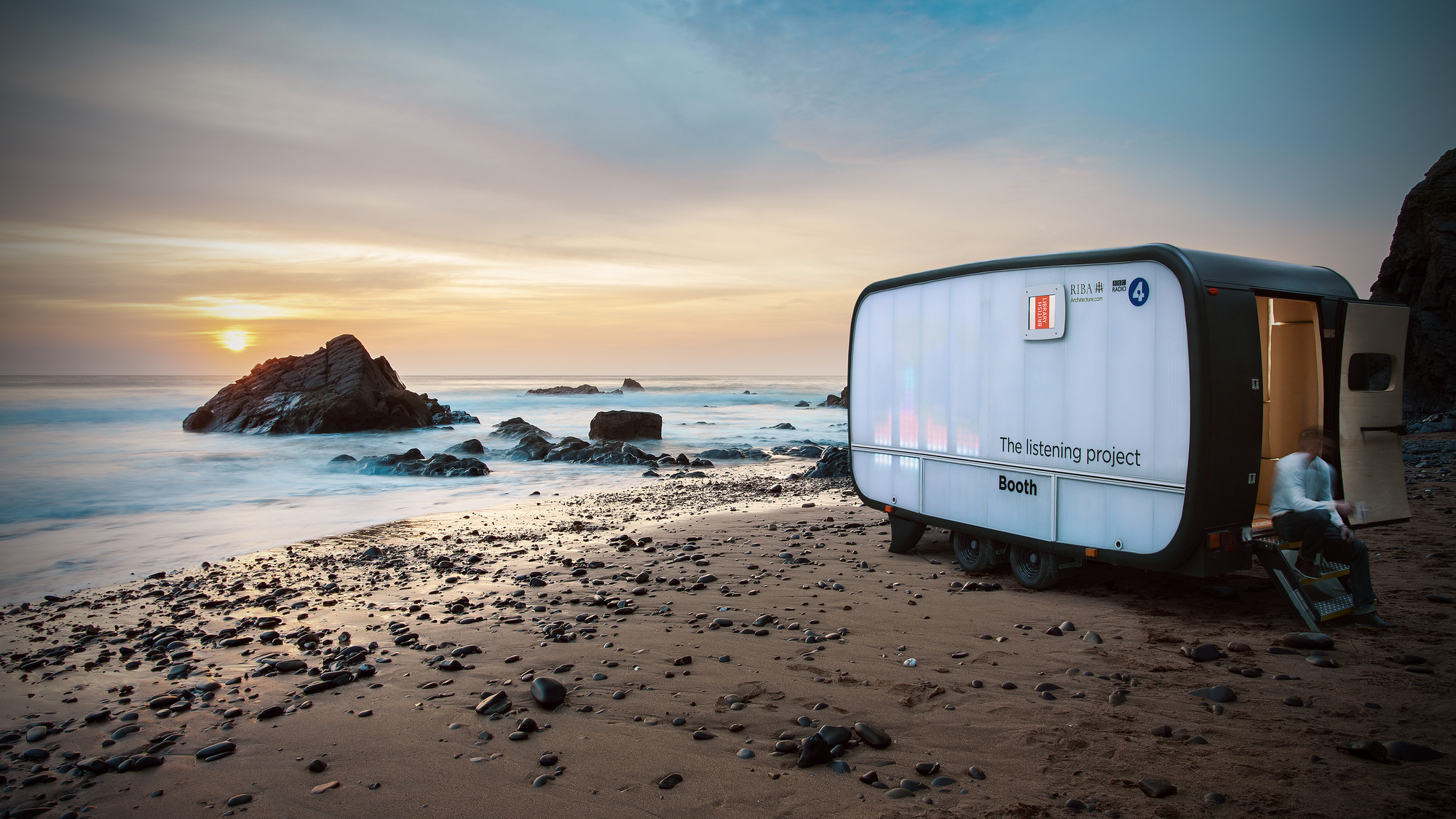 Launched by Radio 4 in 2012 in partnership with BBC Local and the Nations, The Listening Project asks UK volunteers to record themselves in conversation with someone close to them. Conversations are then archived by the British Library and form part of a collection of voices that present "a unique portrait of the UK in the second decade of the millennium."

JaK Studio's mobile studio combines a standard trailer base with a lightweight, polycarbonate-clad cabin. Behind the polycarbonate skin, an interactive light installation by Light IQ responds to conversations occurring inside the trailer booth.

"The Listening Project Booth is a brilliantly witty project and a great piece of product design," said RIBA President Stephen Hodder. "It was the unanimous choice of our competition judges and I'm sure will inspire those who see it on the road and share their stories with it."

The sound booth features a host of internal acoustic treatments spanning from perforated ceiling rafts to insulation and acoustic furniture. The resulting interior space is warm and intimate, designed to evoked a 'home from home' feel and allow participants to relax and converse in comfort.

"To be selected to design an environment for such a unique and special project has been a privilege and a pleasure," said Jacob Low, partner at JaK Studio."For the ensuing months that the speech bubble booth will be on the road, it will be the definitive place for people to share with us the story of their lives, and we’re thrilled that they will be doing so in an environment that represents so many heartfelt moments of our own."

The Listening Project Booth will be officially launched at 9AM on June 9, when a special live BBC Radio 4 Broadcast will be hosted outside the BBC New Broadcasting House.