Occupying a restrictive, mountainous site that inhibits visibility from the street, the designers faced the challenge of responding to the unique terrain, while maximizing the Center's usable area. The resultant design is a fluid form that defines the site’s perimeter and enables a woven program of indoor and outdoor retail venues. By wrapping the building around the site’s edges, the shopping center gains the elevation necessary to become a prominent reference point for the neighboring town.

The retail center creates a visually captivating spectacle with a lofty cantilevered wing resting some 20 meters overhead. At the site’s narrow entry point, the building meets the ground to form a transition between the natural and built environments. Blurring this distinction, the entrance responds to the site’s contours, providing a flexible civic plaza for congregation, relaxation, and performance.

As shoppers move beyond the plaza, they will be greeted with the commercial thoroughfare defined by steel panels and glass. The end of the street will be punctuated by a courtyard with 360 degree programming, including retail shops, restaurants, a cinema, karaoke bar, and hotel. 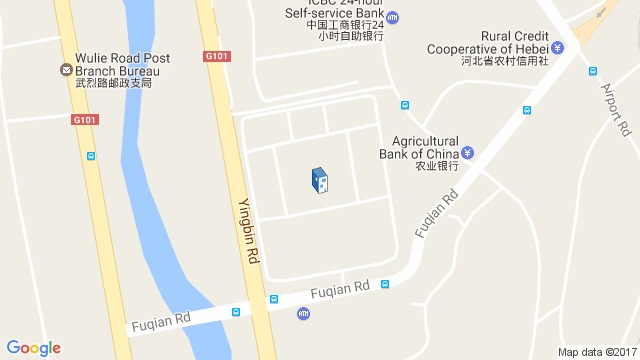 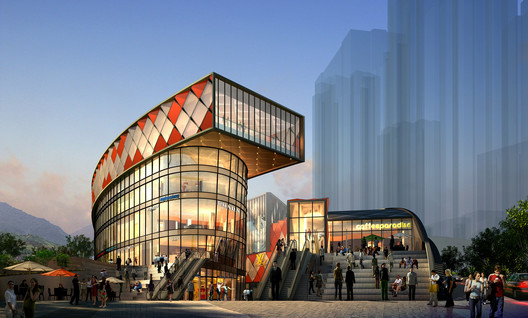