Save
Hanazono Kindergarten and Nursery / HIBINOSEKKEI + Youji no Shiro 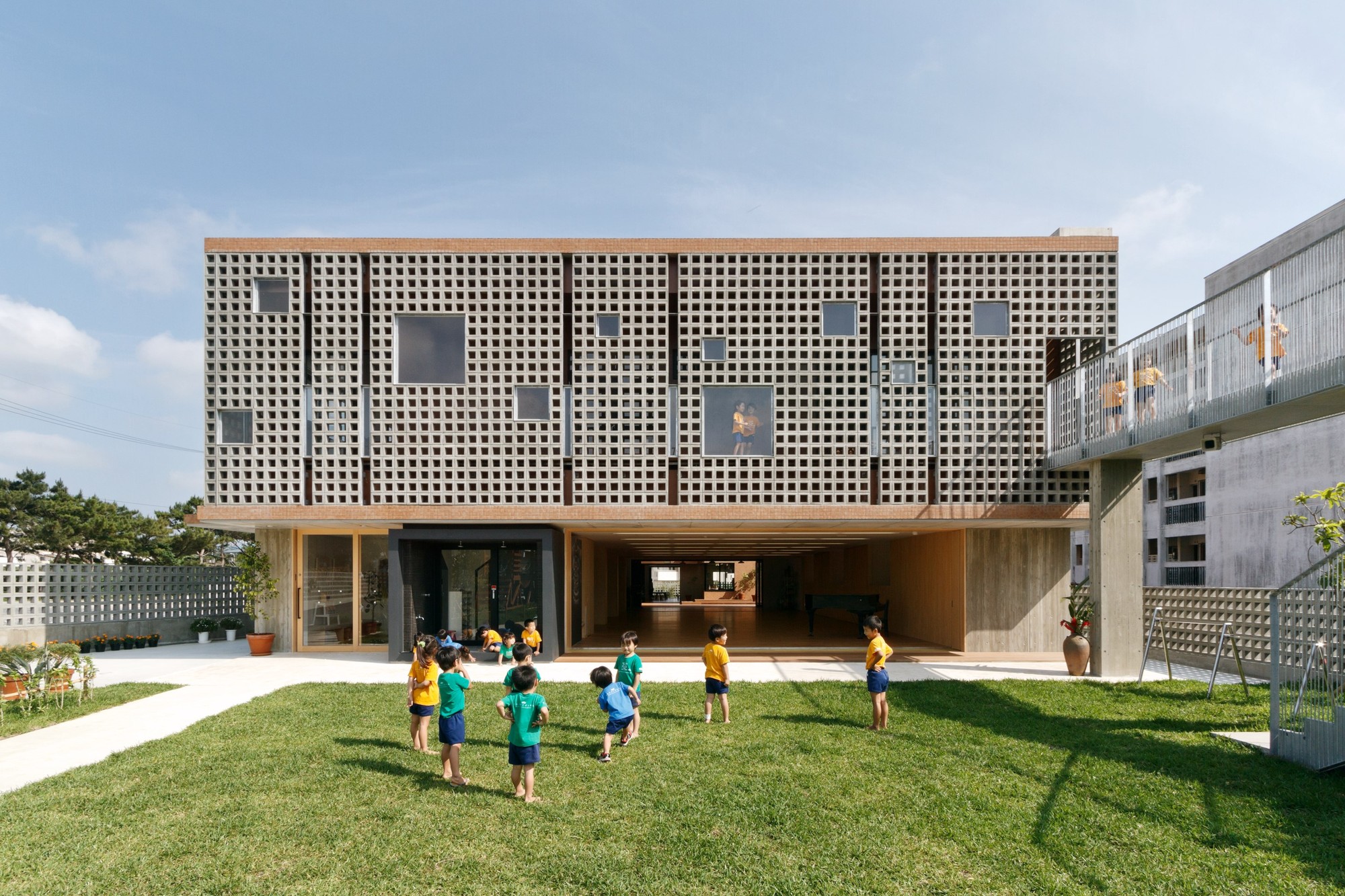 Text description provided by the architects. This site is located in Miyakojima where it's about 2000 km away from Tokyo in Japan to the southwest. Miyakojima belongs to a subtropical oceanic climate and is surrounded by blue sea and coral reef, and the island where Ryukyu limestone rose. The Building is required to close for making shade and also open for ventilation, because of the environment that hotness and humid by many typhoon attack.

This plan was made strongly against typhoon and shut out the sunlight by leading with the construction through which a wind blows.

We planned the space locate in the first floor that is public, a studio and an atelier for the creative activity which attached great importance to bringing up creativity of the childhood, and dining for food education. And childcare room and picture book corner locate in the second floor that is private. Take advantage of this thin site, the first floor placed play ground -studio - atelier - courtyard - dining continuous and it became one large space and wind blows through when open windows.

It’s based on traditional wooden red roofing tile architecture seen in this area. The structure is steel reinforced concrete construction that endure a typhoon invasion.

Around outer perimeter of the building, low canopies and screen made by concrete blocks with a holes which is original building material in this area protect from flying objects and shut out the sunlight through keep view and wind. The color of the outer wall tile was chosen the one which is similar to the traditional red roof tile color and it would blend into the region.

The window widely opened let in comfortable wind and sunlight in the room.

The studio contiguous with a playground, the atelier contiguous with a courtyard and the dining surrounded by a terrace and a courtyard are comfortable space where inside and outside continued. Children do sound play in the studio and do production activity in the atelier, and can enjoy lunchtime while feeling comfortable wind in the dining. A playground and dining garden has traditional plant FUKUGI and GAJUMARU, and feel a seasonal change by bear fruits. 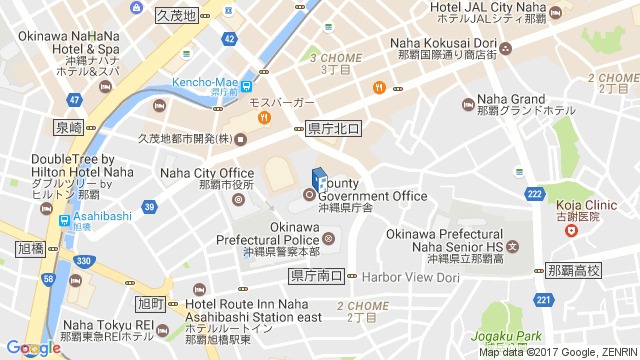 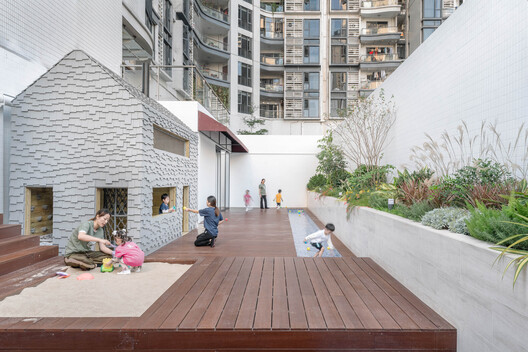