Save
Vote for Your Favorite Atlanta Bridgescape Proposal
Share
Or
Copy

Five finalists have emerged in the Atlanta Bridgescape Competition. The urban design challenge, which was launched earlier this year, sought creative ideas to enhance two existing freeway overpasses in the city's Midtown and Downtown districts. Now in the competition's final phase, the finalists have refined their ideas, taking in consideration a budget of up to $3 million for each project. The proposals are now undergoing public review and you are invited to vote for your favorite design as part of the People’s Choice Award. Read on to review each proposal and find out how to vote.

A winner will be announced this Friday, May 15 at the AIA's 2015 National Convention. 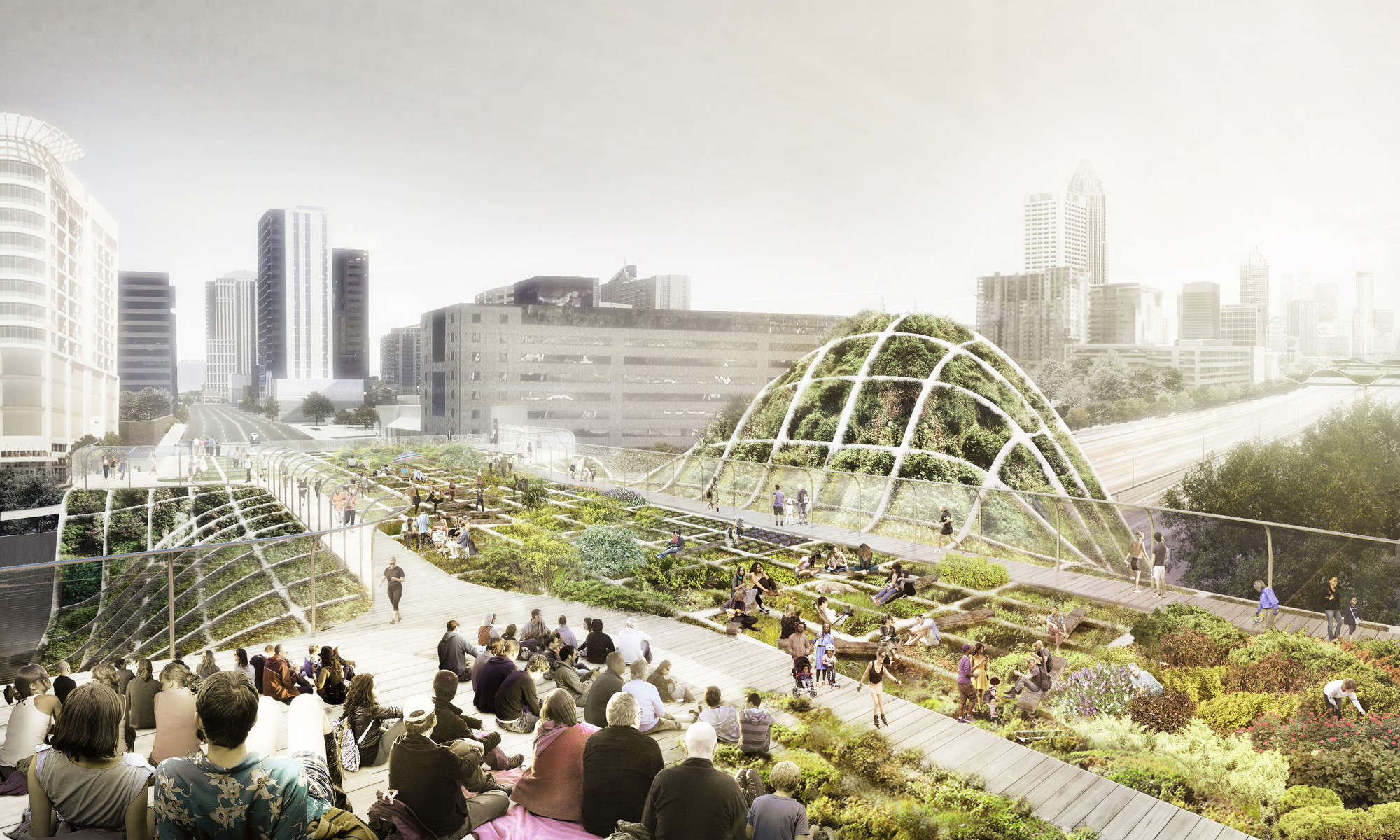 "The Atlanta Bridgescape Competition was launched with the intention of securing solutions that go beyond beautification to address issues like connectivity, pedestrian and bicycle mobility, and sustainability,” said Central Atlanta Progress (CAP) President A.J. Robinson. “We received some very innovative ideas that I am confident will result in impressive transformations for both bridges."

An elevated platform to create a seamless connection to the land and provide a pedestrian promenade with active social functions such as meeting points and market places. The underside of the platform would be covered in a mirrored surface to reflect the City and its surroundings.

Wrapping the bridge structure in a series of undulating steel ribs clads the bridge in a sculptural form while leaving the structure of the overpass intact. The sweeping curves of the ribs fold over into a canopy on each side which shield pedestrians and then peel away to allow breathtaking views of the Midtown and Downtown skylines. Serpentine sidewalks compliment the sense of movement and dynamism evoked by the bridge and separate pedestrians and cyclists from the busy thoroughfare of 10th Street.

A series of repeated steel light posts trace an arc of light through the sky and reframe the perception of the overpass as an inviting place with a strong physical connection across the city. The spacing of these elements creates rhythms specific to their location, further apart along the high-speed axis of the highway and closer together along pedestrian and lower-speed paths. New vegetation planted along the pedestrian paths creates a linear greenspace. Additionally, new plants are added to existing greenspaces along the exit ramps and cascading over concrete retaining walls to enliven the bridge approaches.

The bridge would be reimagined as an organic canopy constructed of a steel frame with a tensile structure covered in an open stainless steel netting ‘mesh’ that is landscaped to create a sculptural shroud. The lower portions of the structure create a gateway tunnel on the Connector while the top would provide shade to pedestrians.

Utilizing a complex geometry of actually quite simple metal triangular segments constructed of fencing material held by a frame creates a form reminiscent of a cloud. The construct “smoothes out” the uneven edges of the bridge to create a three-dimensional façade.

Vote for your favorite proposal here! Online voting is open through 5:00PM on Thursday, May 14.

This competition is a collaborative initiative led by Midtown Alliance, Central Atlanta Progress/Atlanta Downtown Improvement District, the Atlanta Chapter of the American Institute of Architects (AIA) and the Architecture and Design Center, and is sponsored by Cardno.