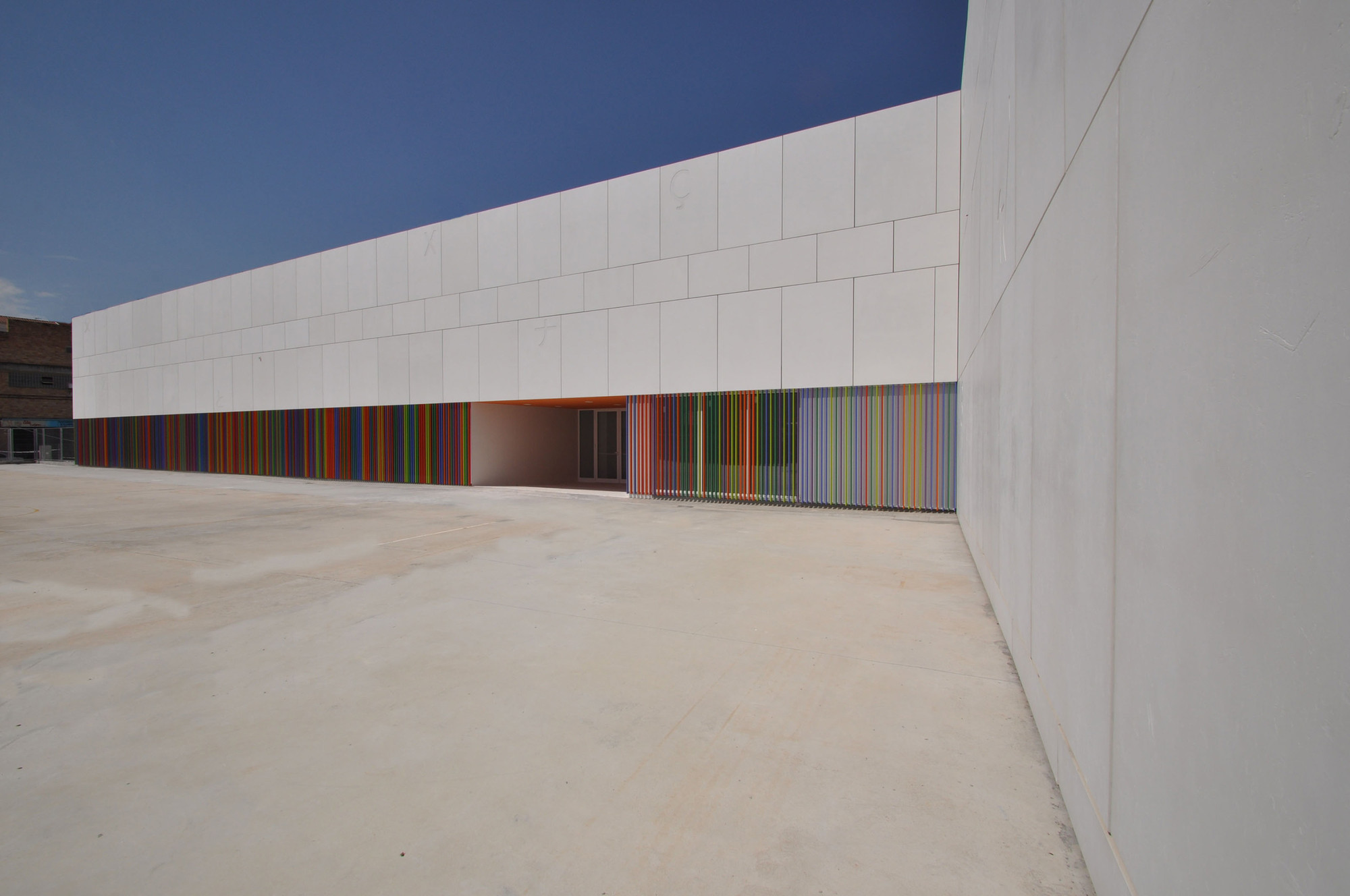 Text description provided by the architects. Santa Margarida de Montbui was a small municipality that the great immigration wave of the nineteen fifties and sixties turned into a dormitory town on the industrial outskirts of Barcelona.

In recent decades it has gradually acquired the basic services that it severely lacked: urbanisation of streets, health care facilities, schools, etc. Still missing though is a cultural centre capable of housing a library, conference room, auditorium and classrooms. In some way, this building represents the end of a trajectory from slum to city.

In 2008, the stipulations for the tender described an "emblematic building" capable of demonstrating that this was the meeting place for the townspeople, while in turn strengthening the self-esteem of a community that needed it.

Morphologically speaking, the surrounding area is disordered, and the architecture is generally poor. This led us to conclude that a construction of special quality was required here.

In terms of its position, the building forms the end of the elongated park that runs through the urban area.

Its northern facade is conceived as a large glass portico that opens generously onto the park and onto good views over this region of central Catalonia.  On the sides facing east, south and west the facades are more closed, with lattices for sun protection in all the windows.

Entry is through a large porch that leads to a double-height lobby from which all the major departments can be accessed.

The library is located longitudinally along the large window that receives constant natural light from the north.

In the interior light colours have preferably been used, while the conference and projection room has maple panelling. The multi-purpose room/auditorium has retractable stands and has been treated as a large dark room in order to ensure good visibility for film screenings.

The facade is ventilated with Omega-Z brand white bi-prestressed concrete panels.  The panels' finish is textured, with letters of different alphabets arranged in bas relief. 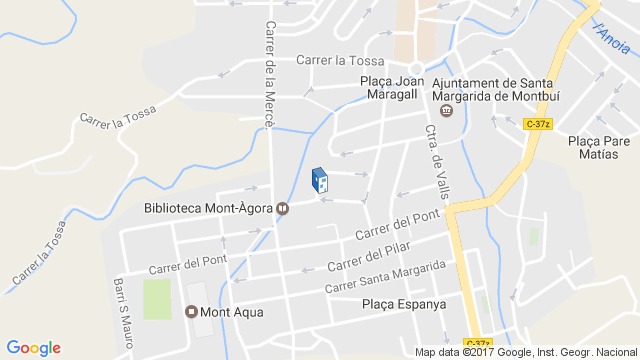 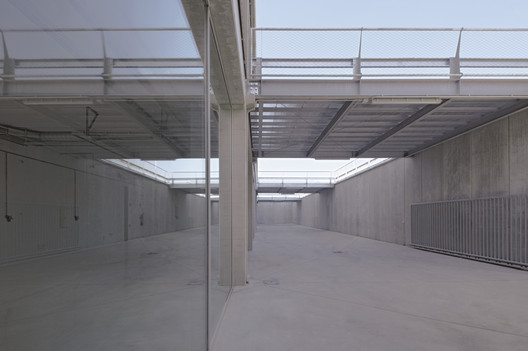