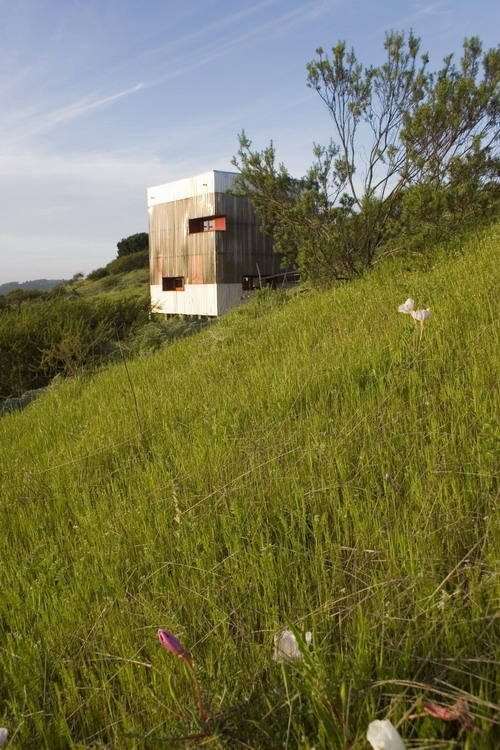 Text description provided by the architects. The assignment was consisting of a small cabin for visits.

It was thought as for it spoils reason it was decided to do it in 2 levels, this way to diminish the surface that deals with the area.

The project is a 540cm cube (exterior measure) of wooden structure with two levels inside.

It is thought as a housing of low energetic consumption, as what special care was had in the orientation, and the interior color, the location of the windows and the isolation. In this case, the isolation material gives a special characteristic to the façades and to the entire project.

For the walls bales of straw were in use stuccoes in mud, given its high thermal efficiency and for being an abundant material in the zone. These are protected from the rain by plates of transparent polycarbonate, which leaves in evidence the materiality and zinc waved in the parts top and low.

The cover is a green cover, with pasture, which prevents that the wind to strikes directly the surface, and take heat from it. This is considered a 5th façade for its also visible.

The location of the windows was projected to allow abundant sun light in the interior in winter and a crossed flow of air to ventilate it in summer.

The interior was decided to be painted white, in order that the natural light bounces and diminishes the need to use artificial light.