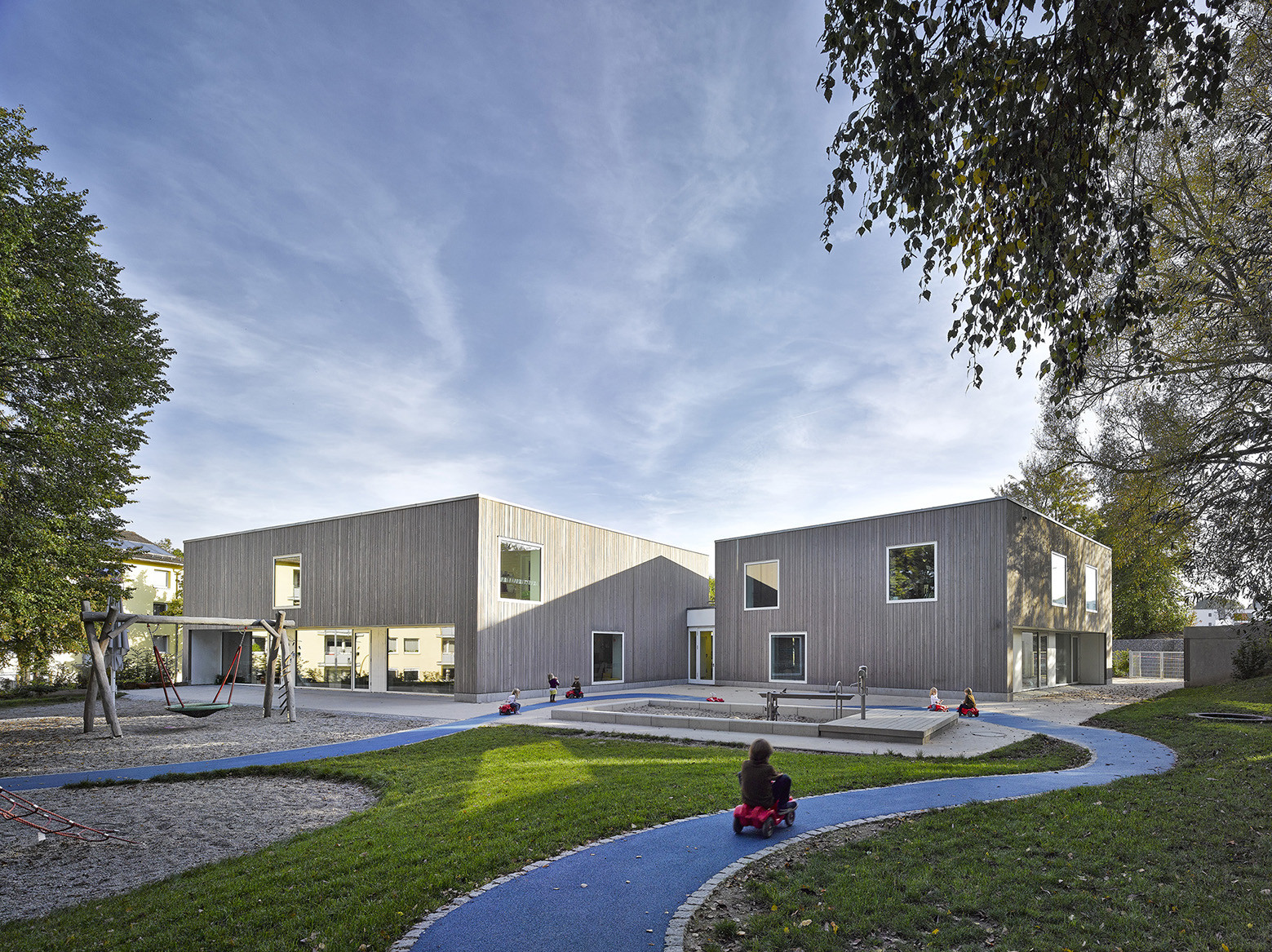 The project was gained through a competition won in 2010. The task was to design a kindergarten for eight groups of children with a multipurpose hall, a dining hall and a staff room. The polygonal shape of the area available for construction and the idea behind the design of putting the various rooms in separate buildings, creating a kind of "children's village", led to the star-shaped design of the facility, and to the placement of the different age-groups into individual and structurally separated buildings. Each unit – crèche, kindergarten, day-care centre, utility and staff – is given its own building. They are connected with each other by means of a central all-purpose hall, which we called the "Piazza", and which is the heart of the child-care facility. What results is a subdivided pavilion in the midst of a treed park. Stations for play and educational purposes are distributed around the remaining garden.

Alongside the functional concept, there is also a pedagogical concept. The method, which is known as the Reggio method (named after the Italian city of Reggio), provides for the educational fostering and stimulation of the children in line with their personal strengths, and this is to be achieved not only through the parents and caregivers, but also through the structure itself. It provides for as many different spatial situations as possible, views into, out of and through the facility. The "Piazza" encourages and supports all kinds of activities and games.

In order to be in harmony with the natural green location and trees on the property, we chose to build in wood that is visible both from the inside and the outside. The buildings will age over the years, just as the surrounding nature will. People will experience a material that lives and breathes. Nature motifs also played an important role in the interior design. For example, the Piazza is conceived as a kind of a forest clearing. Its bearing elements are covered with tree trunks, the groups bear the names of animals or trees, which are embossed into the flooring as a silhouette.

The buildings are made using the wood panelling construction method. This means wall and ceiling elements were pre-fabricated, partially already panelled on one side for reinforcement, and delivered to the construction site, where they were installed, insulated and boarded. All the ceilings in the common areas are fitted with wood panelling for acoustics purposes, which was already integrated into the pre-fabricated ceiling elements delivered in their finished form to the site. The walls are panelled on the outside with pre-patinated larch and on the inside with varnished spruce. The window frames are also made of wood.

The building was constructed in wood without thermal bridges, in passive-house standard. The annual heating requirement is below 15 kWh/m2a. In winter, large window fronts in the group rooms exploit the heating effect of strong direct sunlight. All of the group rooms, the day-care centre and the staff and utility buildings are equipped with decentralised ventilation devices with waste-heat recovery. 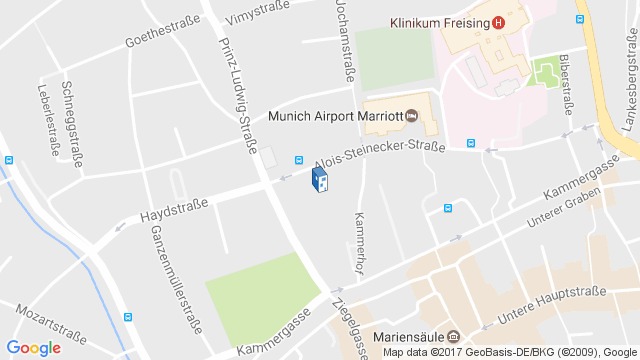