Text description provided by the architects. The building location has a special value based on the relationship between the built-up area of the city and the urban banks of the Ebro river, recuperated for the 2008 Expo, forming a linear park that accompanies the river on its way through Zaragoza. Situated in the centre of the city, next to the Almozara bridge, the site has considerable differences in level; about five metres between the avenue and the square at the upper level and the Ebro riverbank park. The project is based on two fundamental ideas. The first idea is in response to the special urban and landscape importance of the location, via a formal definition and configuration of the building that suggests an intense relationship with the landscape; the second aims to express the intrinsic relationship between the environmental commitment of the project and its materiality and the building programme, which houses the Forestry and Natural Areas Section of the Environment Department of Zaragoza City Council.

The relationship with the adjacent urban spaces and the topographic features of the site become active conditions for the implementation of the building, making the levels of the different floors and entrances coincide with the already existing ones. These relationships can clearly be seen in the project section that also expresses the extension of the public space of the entrance, via the roof and the configuration of the building as a platform-viewpoint onto the Ebro river. The contrast between the solid podium of the platform, a continuation of the walls of the pre-existing electrical substation, and the lightness of the glass and wood pavilion that rests on this level, is one of the formal characteristics of the project, which also responds to the functional organisation of the different uses.

Given the differences in level of the site, the main entrance to the building is on the upper floor, defined by the avenue and square on the electrical substation. This floor, which is for public use, houses the administrative spaces and the environmental classroom. The main hall joins and separates both spaces, enabling them to be used independently. The classroom is configured as a projection, both at floor and roof level, providing this space with 180º continuous panoramic vision, giving the impression that it is floating over the park. The mezzanine situated over the hall houses offices that act as a backup for the classroom, which can be used for meetings and conferences. The restricted access offices of the Forestry and Natural Areas departments are located below the entrance level, in the basement: car park, changing rooms, guardrooms, warehouses and installations. This lower floor has pedestrian and vehicle access from the Riverbank Park.

The roof is an essential element within the landscape design of the building as well as the main image that the residential buildings, which look out onto the park from the town side, have of the building. As an extension of the outer public space and accessed from the hall, the roof is configured as a viewpoint at different levels, which are joined together by gentle ramps and a terraced grandstand, designed as an outdoor amphitheatre for possible recreational uses. On the other hand, the programmatic demand for a certain pedagogical character in the environmental commitment of the project, which can be seen in the choice of construction as well as energy solutions and materials, is clearly visible on the roof, with its ecological and landscaped decking, solar panels and photovoltaic panels, that provide electricity for night-time lighting, via continuous flushmounted light fittings around the perimeter of the classroom and the offices, converting the building, at night, into a lighthouse in the park landscape.

The proposal is the answer to a public need and to construct an urban landscape, to later, based on the construction and expressiveness of the materials, attend to those more sensitive and sensorial aspects of the material and physical condition of the building. The contrast between the roughened, black tinted, concrete panel, with its different textures (grooves, latticework and smooth) of the basement, and the upper level, with its continuous carpentry-free glass panels and wooden boards on façades and latticework, defines the formal configuration of the building. The project seeks to provide the ipe wood with maximum expressiveness and value of use. This wood is present from the onset of the project and it is used by way of 15 cm. wide boards in the building to conform façades, latticework and lintels, pavements, walls and ceilings, both outside and inside, where, whilst the coating of the public areas is of ipe wood, the interior finish of the Forestry and Natural Areas Unit is defined by OSB panels and black steel carpentry, from floor to ceiling. 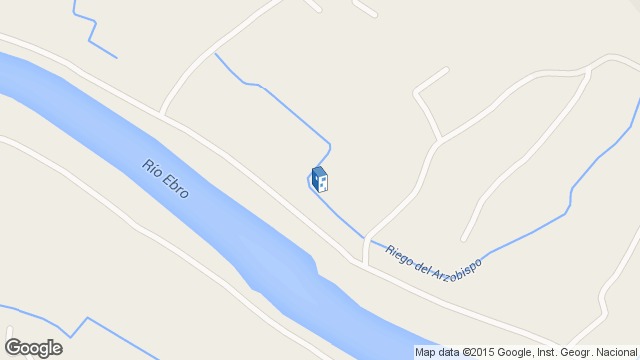