Janet Echelman's latest aerial sculpture has been suspended 365 feet above Boston's Rose Kennedy Greenway. On view through October 2015, the monumental installation spans 600 feet, occupying a void where an elevated highway once divided the city's downtown from its waterfront.

"The sculpture’s form echoes the history of its location," describes Echelman. "The three voids recall the 'Tri-Mountain' which was razed in the 18th-century to create land from the harbor. The colored banding is a nod to the six traffic lanes that once overwhelmed the neighborhood, before the Big Dig buried them and enabled the space to be reclaimed for urban pedestrian life." 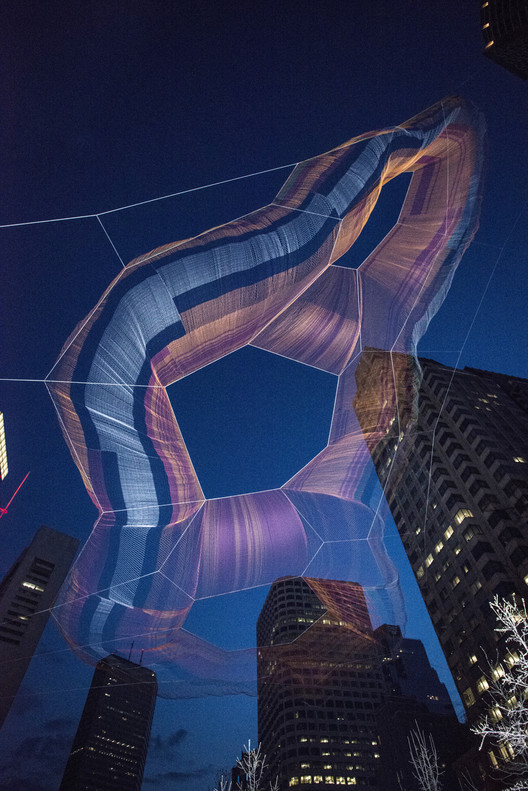 The fluid structure is made by hand-splicing rope and knotting twine into an interconnected mesh of more than a half-million nodes. Though the rope structure is incredibly strong, it appears to be as "delicate as lace," floating above the Greenway's traffic and pedestrian park.