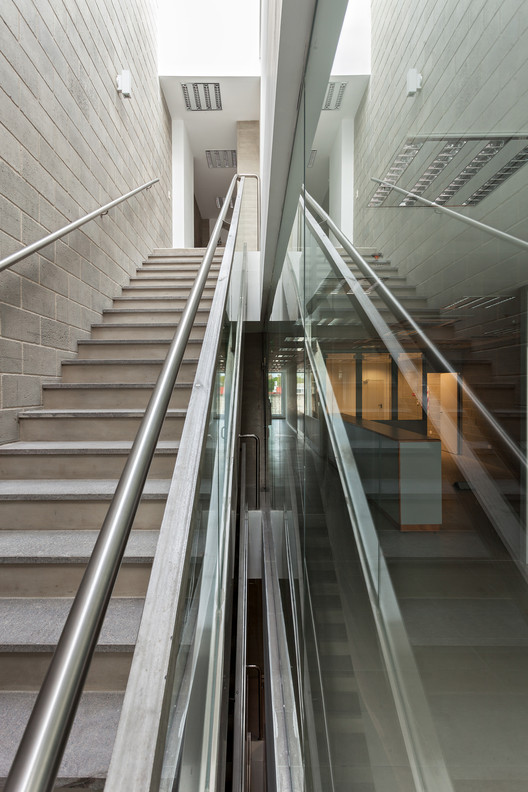 ... original idea of "closed box" as a large container of program with certain openings, where the action happens inside ...

...inside, the space "opens" to the flow of air and the views and "closes" in a controlled way to the natural light...

...a rewarding coexistence between the space for the document and the workspace for man is created...

We define a pure volume as an autonomous form that contrasts with the environment and demonstrates its representation as an institution for its originality and distinction through its own unique character that is not tied exclusively to formal and epidermal aspects but to environmental ones in the broadest sense.

The contrast between solids and voids is regulated by the layout of the openings, as these let in the necessary light only to the areas that require it. That is, where the program most needs it, balancing the functional and the formal.

The block is the key that defines the buildings and their urban space. It is what determines the urban scale, its density and its uses. Within this scale and its respective grid, we start from the assimilation of the party lines where the chosen lot has a minimal public facade and a rear that is five times as large. In this context, the building stands as a single body of net lines, pure, surrounded by an environment of residential scale that will change in time.

Within the proposal, the challenge is how to respond to a unique program: archives that keep cartographic documentation with a high historical and reference value, combined with activities that promote research and dissemination of that heritage. Everything must be resolved efficiently and simply.

This situation gives an outstanding physical presence that arises from its structural design and presents two faces that "communicate" with the outside in a singular way, front and back and two blind sides, the party walls. The integration in a given context is not seen as an act of mimesis but creatively. A public building should have a representative quality and its functions don't need to be expressed but instead classified. 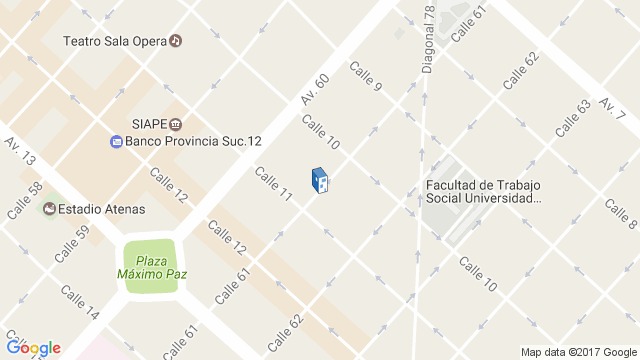