Text description provided by the architects. Lined on one side by a landscaped strip rising in a mound on the railroad tracks and on the other by the Place de l'Insurrection, the INHAC is a symbolic marker for the entrance to the city of Saint-Gratien. The entrance facade with its broad hipped gable echoing the other buildings that occupy the plaza.

The project is organized like a geometric shape that makes maximum use of the available space to the streets so as to allow for as much room as possible for the landscape and recreational inner courtyard.

Across from the Place de l'Insurrection and to the right of the broad front, an intentionally emblematic shape with its wide openings, signals the presence of distinguished premises composed of the reception hall, the amphitheater, dining rooms, hotel workshops and the library. This main facade acts as a genuine showcase enhancing INHAC's ambitions and challenges.

The building's general volume radiates around a reception area that here and there rises two stories high towards the restaurants, then on the next floor wraps around a central patio on two levels. Its dynamic flared shape makes connections visible and choreographs student movements.

These volumes fold, expand and hollow out depending on the use they are put to. Sculpted or sometimes hollowed out, they soften the building's height and general scale.

This diversified volume composition enables the creation on the ground floor of a broad inner courtyard that naturally extends the reception's volume towards the outside and, in the upper part, to a wide, shared terrace.

Like all training centers, INHAC provides two kinds of teaching: vocational on the one hand and general on the other. The vocational teaching is done in the building's eastern wing, and the most symbolic premises give on to the gabled wall, for they represent the establishment's symbolic base.  The general education creates a bridge with the rest of the establishment. On the top floor the recreational premises enjoy a terrace that extends from the cafeteria with a balcony over the courtyard on one side and the central patio on the other.

There are two main parts to the facades, which on the ground floor form a continuous ring, and the upper floors, clad in pleated anodized aluminum, use their relief to play with the light and reflections. The folding play of the metal clapboarding makes the building sensitive and very reactive to variations of light so that it changes appearance with the changing day and seasons.

The facades are animated by a repeated rhythm of fixed, vertical, window frames, each with a hidden opening frame composed of an opaque sandwich panel with aluminum clapboarding so as to vanish into the facade from outside.

Wide screen-print picture-windows alternate with these window patterns. Mostly located on the Place de l'Insurrection, they enhance the noblest of the areas like shapes in the building's mass by revealing movement and use. 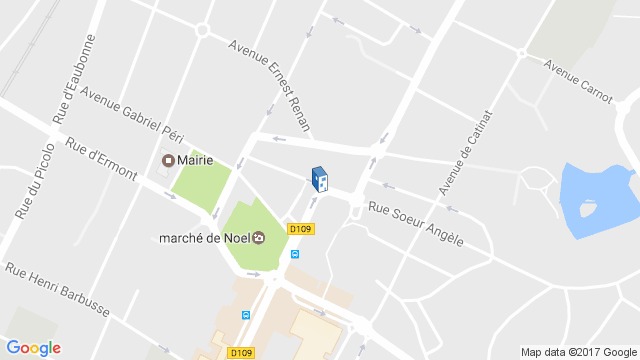 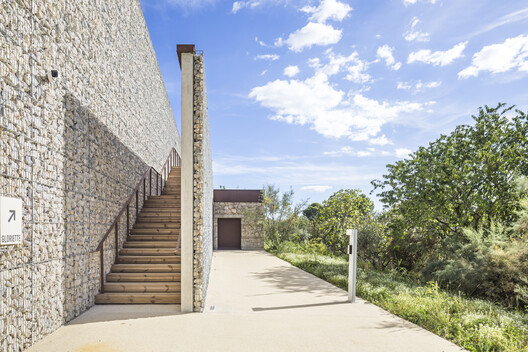