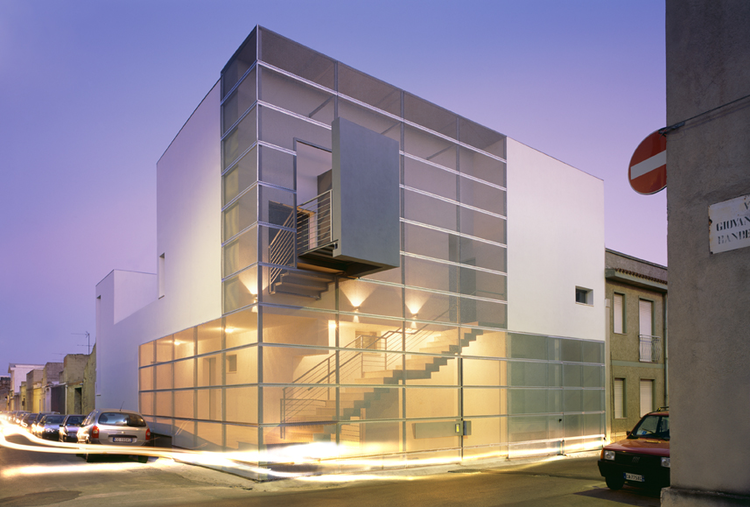 Text description provided by the architects. The building is located in the hinterland of Cagliari, in one of the smaller towns developed in the 60s and 70s of the twentieth century and lacking in the quality of construction and form. From these boundary conditions, the design of new residential building comes with a strong propensity to volumetric rigor and close to context, in an attempt to create a new urban rule capable of suggesting new scenarios of order and thoroughness. This attitude translates into an architecture characterized by strict volumes, almost entirely closed to the public roads, with small windows on the street and large openings to the courtyard facing south.

The articulation of the building is played using two materials: perforated panels of galvanized steel and cement plaster white. The masses have to find a balance between the densification of the solid volumes and the increasing scarcity of matter, where the box opens to reveal the condominium common areas, stripped from the machinations of perforated steel panels. While the closing of the "hard" parts construction translates into nearly private rooms facing the courtyard facing south, on the other spaces of the building open to the street and occur in the plots of paths distribution leading to the apartments and underlying garages. The continuity and rigor stereometric wrap perforated plate is interrupted by a septum-projecting balcony, the only disturbing element in the balance between "mass" and "skin".

The sheet metal facade has a dual function: first is the element that determines the continuity of the street alignments required by building regulations, municipal by another constitutes a deterrent to intruders, without hiding the paths of the common parts of functional 'building. Some panels of sheet metal furniture allows entry to the building and access road to a clear sequence of ramps and stairs. The building has three units of 60 sqm to 30 sqm and a small studio apartment. 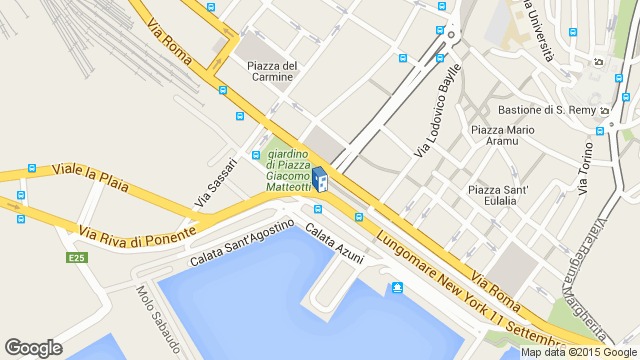