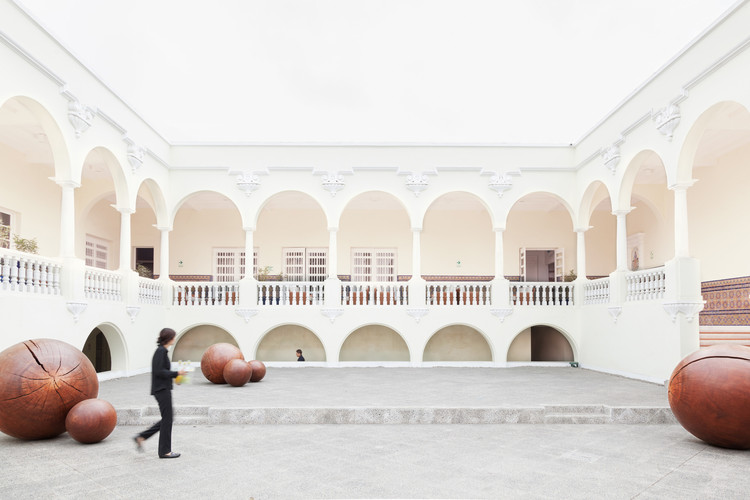 Text description provided by the architects. The emblem restaurant from the Peruvian chef Gastón Acurio moved to a seventeenth century listed hacienda in the district of San Isidro, Lima.

The intervention by 51-1 consists of designing a new restaurant / culinary art center concept, restoring the old architecture and inserting an experimental orchard, several dining experiences, a center of culinary research and spaces for cultural events.

Since the intervention meant working in a National Monument, we started from there. By definition, a monument is a reminder of a story (Latin monumentum: something that remembers) so if we wanted to make sense of it, we first had to study, what do we have to remember?

For four centuries Lima lived surrounded by a fertile orchard, organized by Haciendas that provided the city with food. Since 1920, Lima grew rapidly and extensively on all agricultural areas. The Haciendas were swallowed by the city urbanizing their land and demolishing their old adobe structures, of which very few remain today. After decades out of context in this urban environment, almost no people from Lima link now Moreyra House with its agricultural origin. It is perceived instead as any other city mansion.

More than just restoring its materiality, we first thought to conceptually recontextualise its past, giving it an "orchard". Therefore we convert the front garden into a crop field with all the plants that were grown in the old hacienda. Thus "the Eden" was born, a botanical restoration that celebrates the great biodiversity of Peru that Astrid y Gastón promotes. To exacerbate the experience, we surround it with mirrors on two of its edges to expand the perception of its reach, like a ghostly landscape of its past.

The Hacienda was abandoned in a very bad state. We wanted to illuminate the spaces, releasing its structure of any false pretense of palatial grandeur and instead restore the dignity of its noble and austere rural origins. To do this, we explored the walls of each room with their old colors and chose the clearest layer throughout history. So now each room has its own particular hue: a very light pink, a light sky blue, a light green, etc. We did the same with the facade, emphasizing its neoclassical style.

The woodwork in floors, doors and windows, was cleaned to reveal its grain. When the wood was badly damaged and had to be replaced, we painted the new one white, but when it was in good condition, we simply protected it with an ecological wax that homogenized the diversity of the species found. These operations were followed with great rigor, so when you now visit the building, it is not only much more light and airy but it also allows you to track what is really old and the contemporary additions.

The operation of the new restaurant concept required three different spatial concepts operating simultaneously in the same building:
"The Bar": an informal and noisy "gastrobar" with its main dining room on a covered terrace with passion fruit plants and served by an open kitchen made with recycled wood from the boxes in which the sophisticated equipment arrived.
"Astrid&Gastón": an avant-garde tasting menu restaurant with an austere and quiet but with contemporary furniture that must withstand the different decorations that will change each season with each new menu.
"The Sky": private rooms for special events, each with its own kitchen and ad-hoc service in a more traditional environment with existing furniture from the house, from the old Astrid y Gastón or from the used furniture market.

Finally, the centenary courtyard houses the Gastronomic Research Workshop, a completely transparent glass box focused on innovation to radiate its findings to the world. 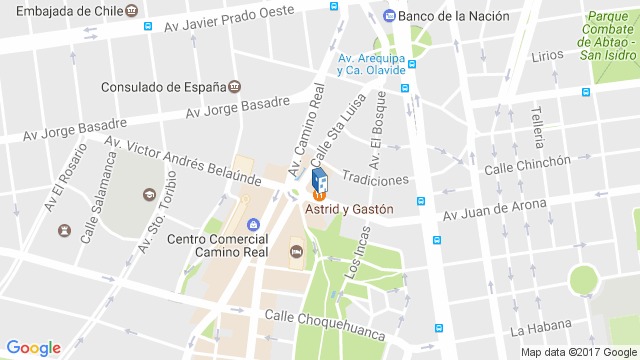