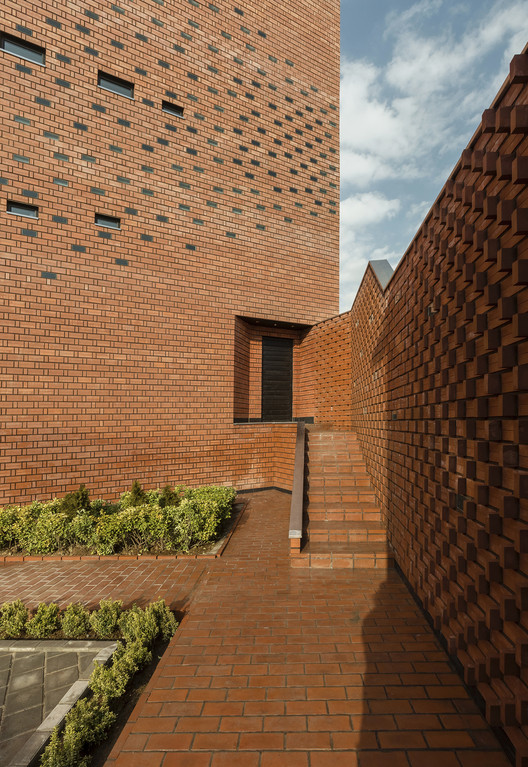 When the architects were commissioned the job, the first floor structure was implemented and the team was asked to design within a tight budget, fulfilling several functions in a small land. Therefore, a cubic simple form was chosen as the dominant mass to match the industrial neighborhood fabric while reducing the expenditures.

The initial challenge was to organize basically different functions considering spaces’ demands. Hence, more public functions were located on the ground floor: A five-meter height showroom on the east side with a direct access from the road, several factory’s supporting spaces such as locker rooms and a praying room. Two managerial offices are located on the west side of the first and second floor with large openings to the factory hall to provide supervision. Administrative offices adjoin the CEO’s office on the second floor. In order to provide privacy and take advantage of the pleasant views of the distant mountains beyond the industrial context, two residential suites are located on the third floor.

The design process initiated from answering the question of how it is possible to create peaceful spaces in such industrial fabric. The first solution to separate the interior from the chaotic exterior spaces seemed to be a mass with minimum openings which results in quiet spaces but dark and lifeless. The optimum solution seemed to be reducing the openings in size but increasing them in number that is where the idea of apertures formed. The sizes of the apertures change due to the amount of light and view each function demands and reach their maximum size in the residential units’ terraces with patio doors to absorb enough light and catch the view of the distant mountains. Because of the site characteristics, the main facade is oriented to the south where the sun radiation is very intense due to geographical location of Iran; the idea of apertures also moderates the sunlight while letting sufficient light in creating pleasant work spaces.

Brick has always been used as a local material in Iran responding to environmental needs while being used in innumerable attractive forms. Using brick in this project provides the opportunity to create various textures, using merely a single material resulting in cost reduction. It can also play the role of interior finishing, leading to an integrated exterior and interior architecture. Moreover, brick adds a warm taste in contrast with the industrial cold atmosphere. Consequently, the architecture works as a landmark adding a colorful contrast to the neighborhood fabric yet being unobtrusive.

Through exploring traditional Iranian architectural patterns, a method of employing bricks was redesigned to form the apertures by eliminating the larger modules.

The project inherits its identity from the Steel Form Company. Hence, apertures are covered with steel frames built from the factory’s waste, capped by glass sheets. Steel plays the most significant role in improving the space, indirectly as the penetrated light is transformed through the steel frames into soft and tranquil shapes. Through this approach even a material with a cold nature is utilized to create a warm, peaceful space. Steel is also used in detailing such as window ledges and exterior stairs’ parapet.

The dynamic spirit of the industrial context reflects through the arrangement of the apertures, to transfer a sense of movement from the factory to the roadside face of the building where the steel frames gradually protruding from the wall forming the name of the factory within the texture. In the surrounding walls the smaller modules displace out gradually to emphasize the dynamism.

During the evenings when the industrial neighborhood fades away in darkness the project is still alive spreading light throughout the apertures,emphasizing on the endless motion of the Steel Form factory. 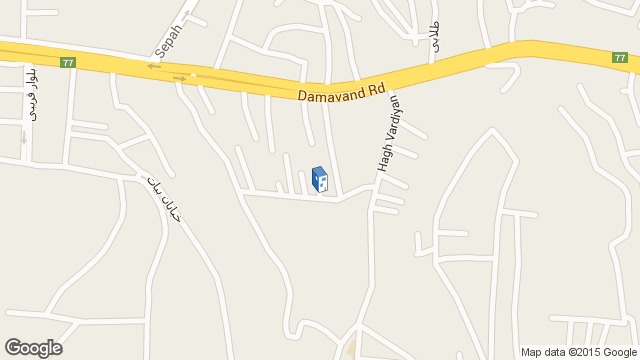 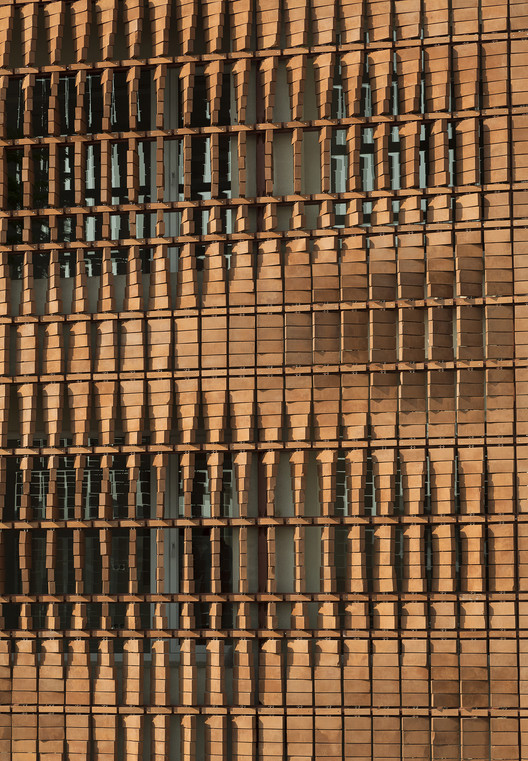