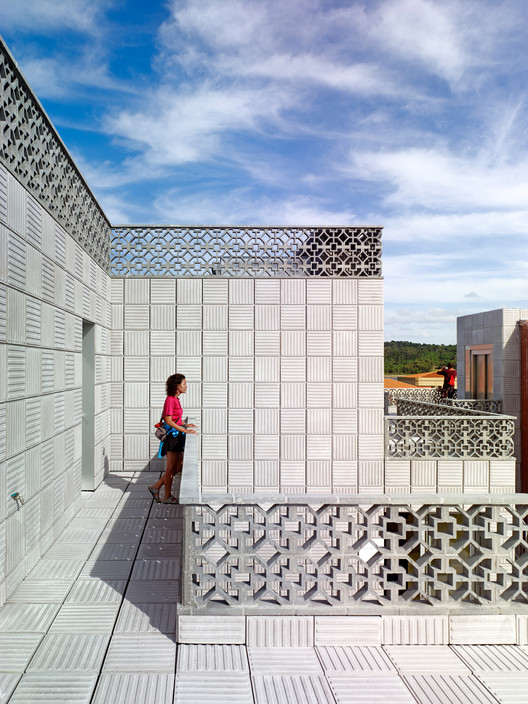 Text description provided by the architects. This is a hostel located in the town of Muxía, one of the emblematic reference points on Camino de Santiago, in its continuity and connection with the coast of Galicia.

The expansion is done on a recent building located at one end of a block in the traditional core with frontage toward three streets and a party wall on one side. The level difference between the upper and lower street make up an existing volume on two floors with independent accesses and programs: the bottom is a morgue, the top is a hostel.

The hostel plan already in operation has a reception and common service, two multiple bunk rooms and two double rooms with bathroom. The growing demand of the latter justify the feasibility of the extension and the type of approach chosen in the design and configuration of the new spaces and volumes.

We propose the staircase and elevator core in a storage area of the hostel. The ladder can not have a thickness to be designed on itself, without disturbing the rest. From this meeting of the necessary with the existing, the expansion proposes a new way to configure the space by rooms surrounded by terraces, courtyards and balconies, which act as common areas that reinforce the hostel. A landscape of corners and accessibility that incorporates perspectives and images of what surrounds it.

The proposal relates languages of the architectural tradition of the place with the industry and popular culture with walking as an aesthetic experience. The dimensions of the materials and construction processes used both in the facade and roof, are also geometric patterns that allow giving depth to the volumes (open paths) and solve the functionality of the new spaces.

Eight bedrooms, four doubles and four quadruples. A spacious social area, crafts and pond make up along with the terrace spaces, an expansion of the hostel with room for 24 people. On it, a small apartment and terraces. Further above, a viewing watchtower.

The distribution of each room is always the same: access from the outside terrace, living room, sleeping area and bathroom at the back, with its separate pieces to allow greater flexibility of use.

The corner is for walking, where habit is separated and concentrated in one place. It allows a reading that is not linear. The break shows a new feature of everyday life. The indication of another landscape. An inherent shape in tradition as part of its own dynamics of change. A manifested value of new permanence. 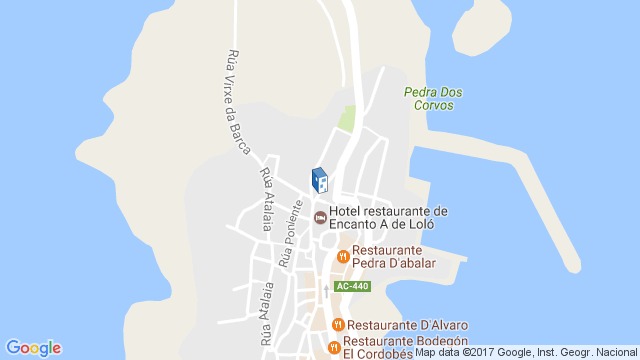