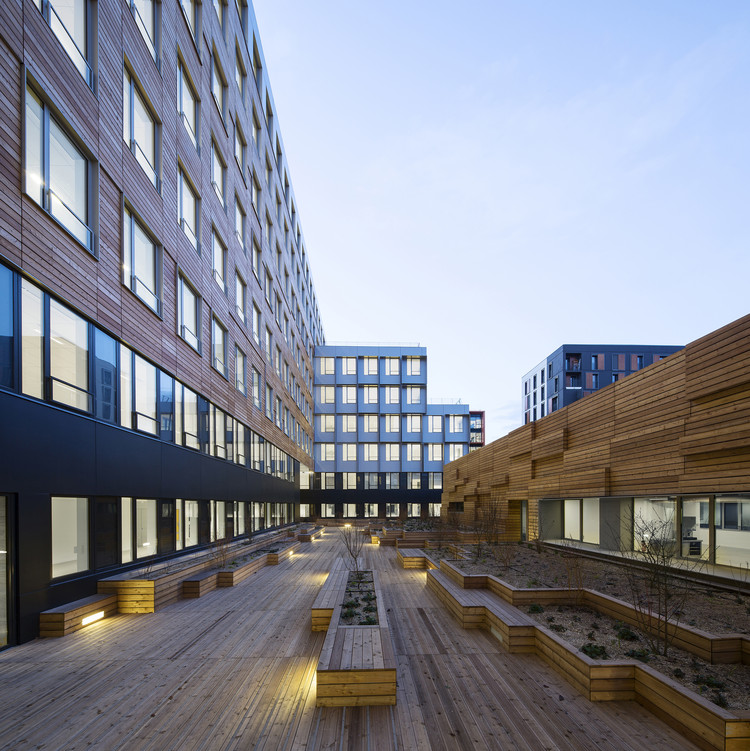 Text description provided by the architects. The Saint-Ouen Docks site has an industrial port activity past, which decay had given way to industrial wasteland, and has now become the ideal strategic location for an Eco-Neighbourhood. This labelled project is an example of an environment-driven project.

The main volume of the ‘Dock en Seine’ building comprises six stories. In order to meet the necessary environmental objectives, and to overcome constraints related to streamlining of the programmes, this building was tightly packed.

Down with the very first sketches – and with the valuable assistance of its own Parametric Design Research Laboratory – studies are launched in order to determine: the structural diagram, the building depth, the percentage of facade apertures (based on the variations between the different seasons’ solar radiation), the shape, the data related to artificial and natural lighting, the wind effects, and the load distribution imposed upon the structure (in order to optimize the amount of material and the acoustics). On the facade, the dimensions of the openings are never arbitrary, even if they look seemingly random.

The protective volumetric membrane comprises a series of cells that are juxtaposed, but still, are independent of each other. This passive envelope enables

Thanks to this passive envelope, the project both avoids the over-exploitation of mechanical systems and reaches high environmental objectives. 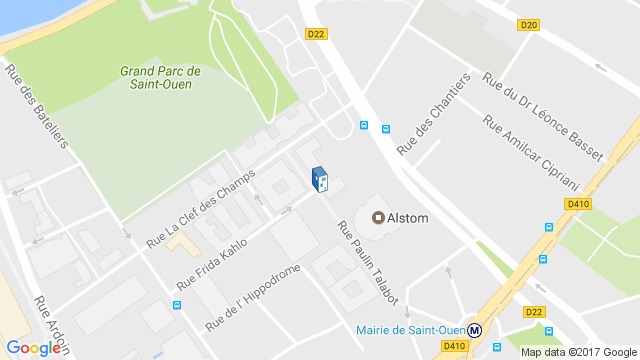 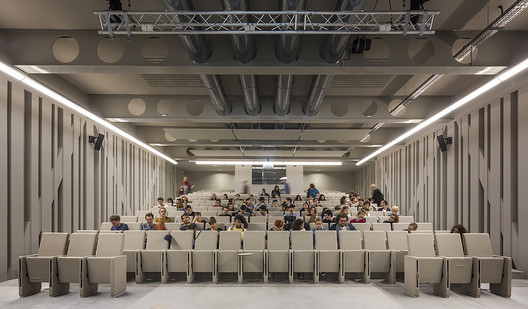