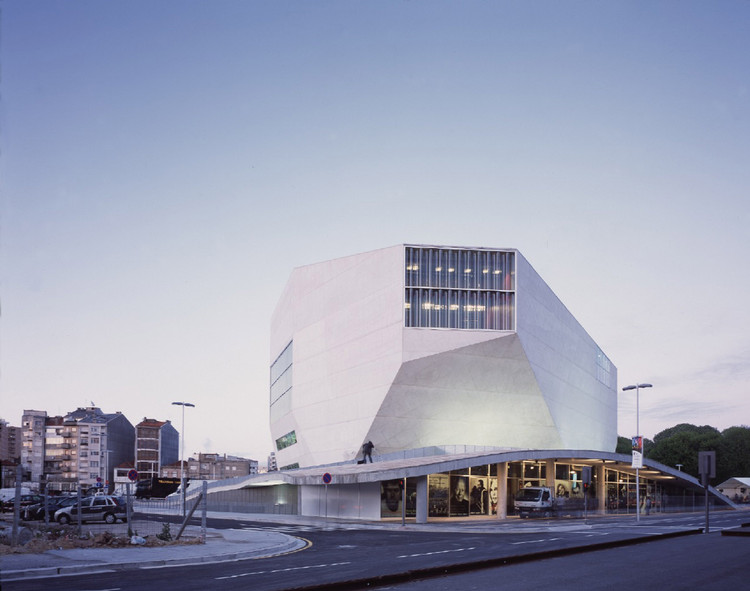 Text description provided by the architects. The past thirty years have seen frantic attempts by architects to escape the domination of the "shoe-box" concert hall. Rather than struggle with the inescapable acoustic superiority of this traditional shape, the Casa da Musica attempts to reinvigorate the traditional concert hall in another way: by redefining the relationship between the hallowed interior and the general public outside. The Casa da Musica, the new home of the National Orchestra of Porto, stands on a new public square in the historic Rotunda da Boavista. It has a distinctive faceted form, made of white concrete, which remains solid and believable in an age of too many icons. Inside, the elevated 1,300-seat (shoe box-shaped) Grand Auditorium has corrugated glass facades at either end that open the hall to the city and offer Porto itself as a dramatic backdrop for performances. Casa da Musica reveals its contents without being didactic; at the same time, it casts the city in a new light.

Locating the Casa da Musica was key in the development of OMA's thinking; we chose not to build the new concert hall in the ring of old buildings defining the Rotunda but to create a solitary building standing on a travertine-paved plateau in front of the Rotunda's park, neighbouring a working class area. With this concept, issues of symbolism, visibility, and access were resolved in one gesture.

As well as the Grand Auditorium, conceived as a simple mass hollowed out end-to-end from the solid form of the building, the Casa da Musica also contains a smaller, more flexible performance space with no fixed seating, ten rehearsal rooms, recording studios, an educational area, a restaurant, terrace, bars, a VIP room, administration areas, and an underground car park for 600 vehicles.

Innovative use of materials and colour throughout was another imperative: as well as the unique curtain-like glass walls at either end of the Grand Auditorium, the walls are clad in plywood with enlarged wood patterns embossed in gold, giving a dramatic jolt in perspective; the VIP area has hand-painted tiles picturing a traditional pastoral scene, while the roof terrace is patterned with geometric black and white tiles; floors in public areas are sometimes paved in aluminium.

There is deliberately no large central foyer; instead, a continuous public route connects the spaces around the Grand Auditorium by means of stairs, platforms and escalators. The building becomes an architectural adventure. After Porto was selected one of the two cultural capitals of Europe in 2001, the Minister of Culture and the city of Porto founded Porto 2001, an organization which was to initiate and prepare different urban and cultural interventions for the city of Porto. In this context five international architectural practices, amongst which was OMA, were invited to participate in a restricted competition for a new concert hall to be positioned in the historical centre of Porto, the Rotunda da Boavista.

Since this part of Porto was still a city “intact‟‟, OMA chose not to articulate the new concert hall as a segment of a small scale circular wall around the Rotunda da Boavista but to create a solitary building standing on the new, more intimate square connected to the historical park of the Rotunda da Boavista and enclosed by three urban blocks. With this concept, issues of symbolism, visibility and access were resolved in one gesture.

Through both continuity and contrast, the park on the Rotunda da Boavista, after our intervention, is no longer a mere hinge between the old and the new Porto, but it becomes a positive encounter of two different models of the city.

This century has seen an architecturally frantic attempt to escape from the tyranny of the notorious “shoe-box” shaped concert hall. However, after researching the acoustic quality of existing concert halls we had to conclude together with our acoustic specialist that the best halls in the world have a shoe box shape. This left us with the questions: Where to innovate in a case of a traditional typology like the concert hall?

Most cultural institutions serve only part of a population. A majority knows their exterior shape, only a minority knows what happens inside. OMA addressed the relationship between the Concert Hall and the public inside as well as outside the building by considering the building as a solid mass from which were eliminated the two shoe-box-shaped concert halls and all other public program creating a hollowed out block. The building reveals its contents to the city without being didactic; at the same time the city is exposed to the public inside in a way that has never happened before.

The “remaining spaces‟‟ between the exposed public functions consist of secondary serving spaces such as foyers, a restaurant, terraces, technical spaces and vertical transport. A continuous public route connects all public functions and “remaining spaces” located around the Grand Auditorium by means of stairs, platforms and escalators: the building becomes an architectural adventure. The loop creates the possibility to use the building for festivals with simultaneous performances; the House of Music.

The building provides a large amount of rehearsal rooms, soloist rooms and dressing rooms to house the Porto Philharmonic Orchestra and to provide in addition facilities to external and guest performers. During the Design Phase OMA researched new materials and new applications of existing and Portuguese materials exclusively for Casa da Musica such as; the corrugated glass for the windows of the Auditoria, the used tiles for different rooms and the chairs, canopy and wall finish in the Grand Auditorium.

Casa da Musica is visually and spatially defined by its striking faceted exterior from which its conventional interior spaces have been extracted. The buildings 400mm thick faceted shell and the two 1m thick walls of the main auditorium are the buildings primary load carrying and stability system. The auditorium walls act as internal diaphragms tying the shell together in the longitudinal direction. Arup and OMA researched the concrete mix for external facades. 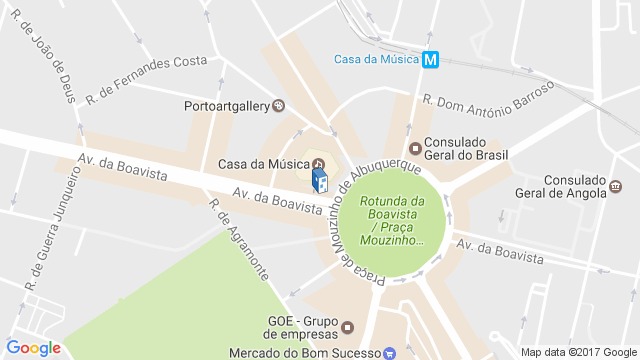 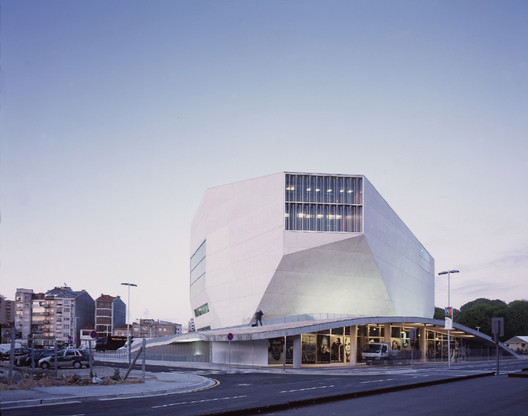