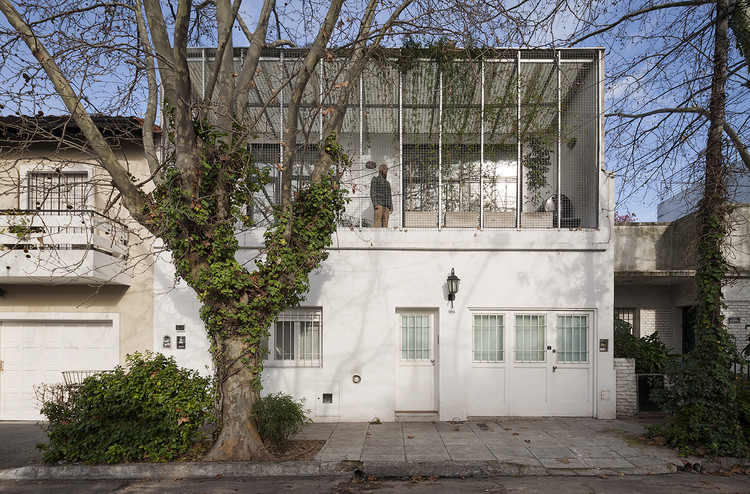 Text description provided by the architects. Silvina and Omar's house used to be one among the typical vernacular models in the metropolitan area of Buenos Aires. Silent as to its urban insertion, simple and compact in its layout on a single level, releasing a portion of the lot to the back, a flat roof directly related to the tops of the neighboring trees and dense vegetation at the back.

The natural decay of time and a change in the conception of the way of living, coupled with the need to add a rental unit to the property, encouraged the owners to commission a project.

Considering the expressed needs and the attributes to value from the existing construction, the new house is formulated as a complement to the existing house, not only in functional terms, but also in terms of its management and energy consumption, and the very economy of the client.

Minimal interventions on the ground floor gave way to open perspectives, recovering the use of small and cornered surfaces. The optimal use of space that led to the initial intervention in conjunction with the flat roof supported the new house, which uses a portion of the former garage to position its access staircase, and is laid out across the roof of the ground floor. The chosen construction system is lightweight, so as not to risk the structural stability of the base. The roofs are in a gutter that allows to recover rainwater. The distribution of the program is organized into three slices that make up a relational gradient towards the street, reaching the back facade with a series of small openings over which the original vegetation grows, thereby ensuring the privacy of the garden downstairs and an efficient passage of light according to seasonal needs. In addition to the water recovery system, the new piece provides a solar thermal preheating system for both housing units, and considerably improves the thermodynamic efficiency of the first house.

Each one recognizes its attributes on the other, they are shared and improved without pretending to resemble each other too much or too little. 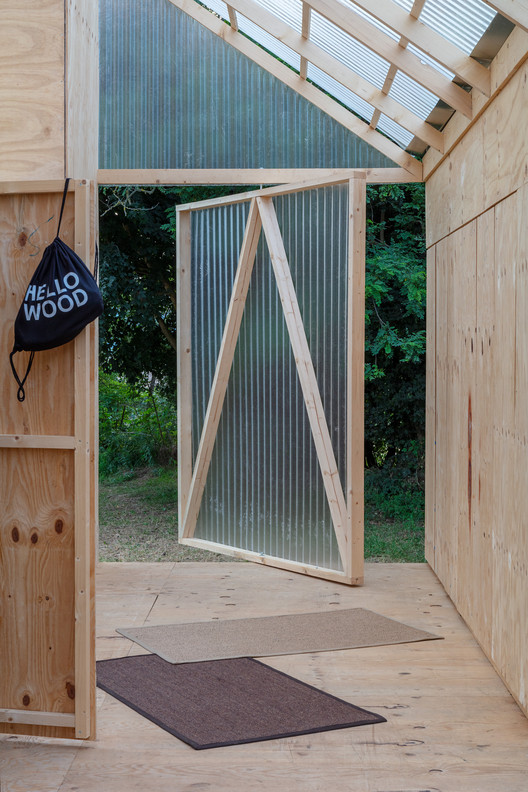