Save
House in Q2 / Santiago Viale 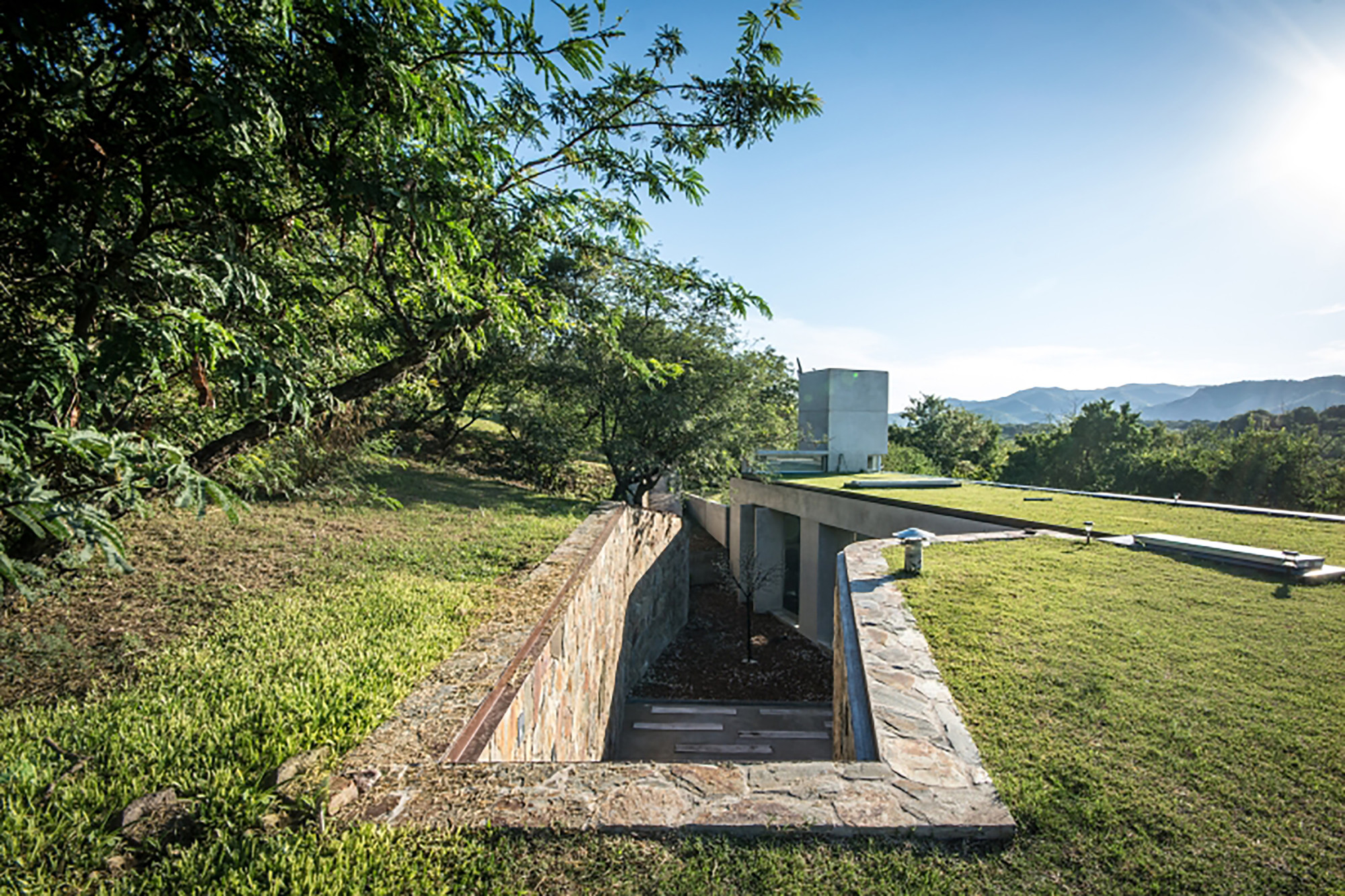 Text description provided by the architects. The functional program for this house is pretty conventional.

On the ground floor the are 3 bedrooms, the main one with dressing room and a private bathroom , and the other ones with a shared bathroom; it also includes a spacious kitchen with a special place for breakfast, both with visual to the courtyard, and a dinning and sitting room integrated with the gallery.

The client expressed the necessity of having a working space inside the house, so it was made far from the private zone and it is connected with the sitting room. On the subsoil it was developed a double garage and a service room with an included bathroom. The family was specially concerned about the sitting room and the gallery (merged for possible events) the main bedroom and the kitchen, that’s why they were given broader dimensions, the best visuals and cross-ventilation.

The project is defined by the topography of the land. It´s located in a corner, with 1700 m2 and a grade of 15 mts. It is embedded in a very rugged terrene, so it generates multiple visuals either to the valley or to other hills with the presence of lots of vegetation. As it is a corner land, it gives the possibility of accessing by a side slope or up and then down. Lots of alternatives were checked, if the access was by the top, although the house had 3 floors, it remain lower compared to the level of the superior street; if the access was by the slope side, many complications of the floor would make fragmented spaces in the interior.

Finally, we insisted on generating the access by the top, so it appeared the idea of making a green terrace with a shaft through which you access the house. By this way we annulled the competition between the entry scale and the immensity of the landscape, making the house disappear and giving the feeling that the ground continues and blends with nature.

The fact of letting the ground continue, works as a weather protection from the south aggression.

Too objects resolve the functional diagram. One of them is a basebord made of stone, which seems to come from the hill, and it is supported by the main one, wich is more artificial and geometric, made of reinforced concrete in a form of L.

This geometry generates a limit between both streets and creates a yard which contains the pool.

The qualitative difference of these objects is also given by the orientation. The one looking to the street is more extroverted as it faces the north, and the one facing south is the climatic barrier where the services and the gallery (west) are housed.

Also, the using of lighting from above in all spaces, not also enhances them but reduces the artificial lights use during the day. Each skylight uses an orientation with a different idea of lighting. It could either be indirect or forming lines according the hours and orientations. The house has central hitting and refrigeration through Splits, whose condensing units will be located in the courtyard next to the dinning room.

Regarding the structure, it was decided to develop it as independient, made of reinforced concrete. The foundations are deep, as superficial and lineal excavations would be very conflictive because of the rocky ground. Columns were disposed in order to make a weave with flat beams that sustain little slabs. Brick walls enclosure most of the house, but in the places of visual opening, glass surfaces from roof to floor were used.