Save
The Surreal Architectural Collages Of Matthias Jung
Share
Or
Copy

Matthias Jung's fascination for the medium of collage began in his father's photolab. And so, "with scissors and glue, the first fantastic buildings were made." In early 2015 Jung, a German artist and graphic designer, created seven images as part of a series which he entitled 'Houses', of which many of this selection originate. Uniquely, every piece of each collage originates from one of Jung's original photographs which are collected and then reassembled. The majority of these photographs were taken during trips in northeastern Germany.

See a selection of Jung's fantastical architectural collages after the break. 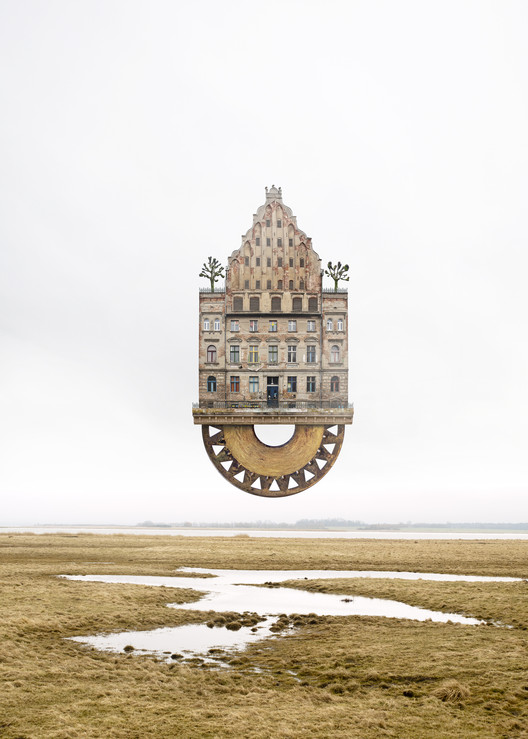 For Jung, "the composition of the individual elements correlates to a logic, as if in a dream." "Basically," he argues, "dreams are collages." In his work, the relationship between order and disorder, and homogeneity and diversity, must find a degree of harmony. "A building has to first be stable and credible before I can add some 'disorder' - to let it fly, for example." Although digital manipulation software (over scissors and glue) is his current tool of choice, Jung believes that it should in no way determine the content of the image: "my pictures should reflect reality."

I am always amazed at how architectural details can evoke certain associations and feelings. This is how a latticed window conveys cosiness; one might even say it is soulful. Framework is soothing, sometimes touching. Antennas have something sinister about them. They point to something outside the picture. Concrete is cold and foreign – but maybe interesting for just that reason.

I love including elements that cause different associations to collide with one another. I was especially pleased when I was able to use my grandmother‘s old tea warmer in Expedition to the East Pole.

See more of Jung's images on his website here. You can also see his images on Photo Circle and Jade&June.