Yesterday we brought you The Architects, and today we present women leaders in the field of urbanism. 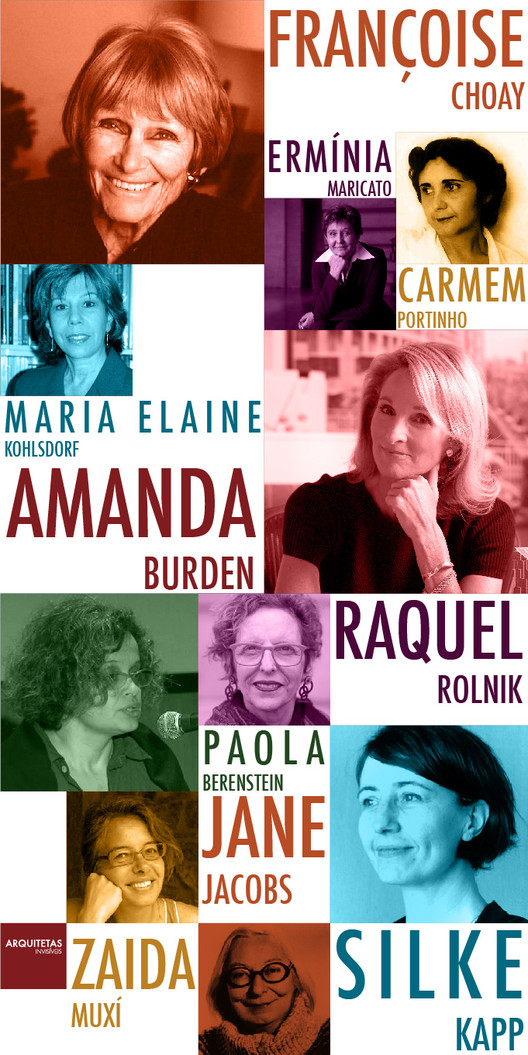 City planning is a complex task that requires attention, care and extensive technical knowledge. The city is a dynamic mosaic and the field of urbanism examines the relationship of the city's various components, looking at how people interact with their urban environment. Because of this, not only are city planners an important part of city development, but urban theorists -- like Jane Jacobs, Françoise Choay, Zaida Muxi, Maria Elaine Kohlsdorf, Paola Berenstein Jacques, Raquel Rolnik, Silke Kapp, Ermínia Maricato and Françoise Choay -- also have a critical role. In terms of planners, Amanda Burden has had an important role, and is known for the work she did in New York, where in addition to planning for urban growth she also developed a series of public spaces.

North American architect born in 1943. She has a master’s degree in urban planning and gave a TED Talk entitled "How Public Spaces Make Cities Work.” She was director of the New York City Department of City Planning and chair of the City Planning Commission from 2002-2013. She also worked for the Urban Development Corporation where she worked on Battery Park City.

Engineer and urbanist born in 1903. She founded the University Women’s Union and helped start the Brazilian Association of Architects and Engineers. She saw through the development of Flamengo Park in Rio de Janeiro, a modernist urban project that had a big impact on the city. She died in 2001 at the age of 98.

A Brazilian urbanist, she was also an influential writer. She led São Paulo’s Housing and Urban Development department between 1989 and 2002. She was also the author of all of the urban proposals under Luiz Inácio Lula da Silva’s presidency between 1989 and 2002. More recently she served as the advisor for the United Nation’s Habitat human settlements program. She was also the founder of the Laboratory for Housing and Human Settlements at the University of São Paulo.

French philosopher and urbanist born in 1925. She was a historian of architectural and urban forms and theories, and a professor of urbanism, art and architecture at the University of Paris. In the 70s she published diverse studies on architecture and urbanism. Among her recent publications are the  Dictionnaire de l'urbanisme et de l' aménagement (Urbanism and Spatial Planning Dictionary), which she worked on with Pierre Merlin.

Journalist and self-taught urbanist, she was born in 1916 in the United States. She studied streets and sidewalks from the perspective of a city inhabitant. Citing cities like Los Angeles, Boston, Chicago and New York, she analyzed different types of streets and ways to change or renovate them. A political activist, she moved with her family to Canada to protest the Vietnam War. She died in 2006 at the age of 90.

Brazilian architect born in 1943. She developed important theoretical work and was one of the leaders of the development of the morphological dimension of urbanism.

Brazilian urbanist, she received a master's degree and PhD in Philosophy from the Federal University of Minas Gerais, 1994-1999. She is currently an associate professor at the Federal University of Minas Gerais (UFMG). Kapp has experience in architecture, urbanism and planning, working mainly on critical theory related to city architecture and housing in addition to socio-spatial research.

Argentine urbanist born in 1964. Architect and professor of urbanism at the Barcelona School of Architecture, she is also a visiting professor at various schools throughout Europe, the Americas and Asia. A specialist in urban planning and gender, she is the author of La arquitectura de ciudad global (The architecture of a global city, 2004) among other books. She has contributed numerous articles to specialized magazines and journals.