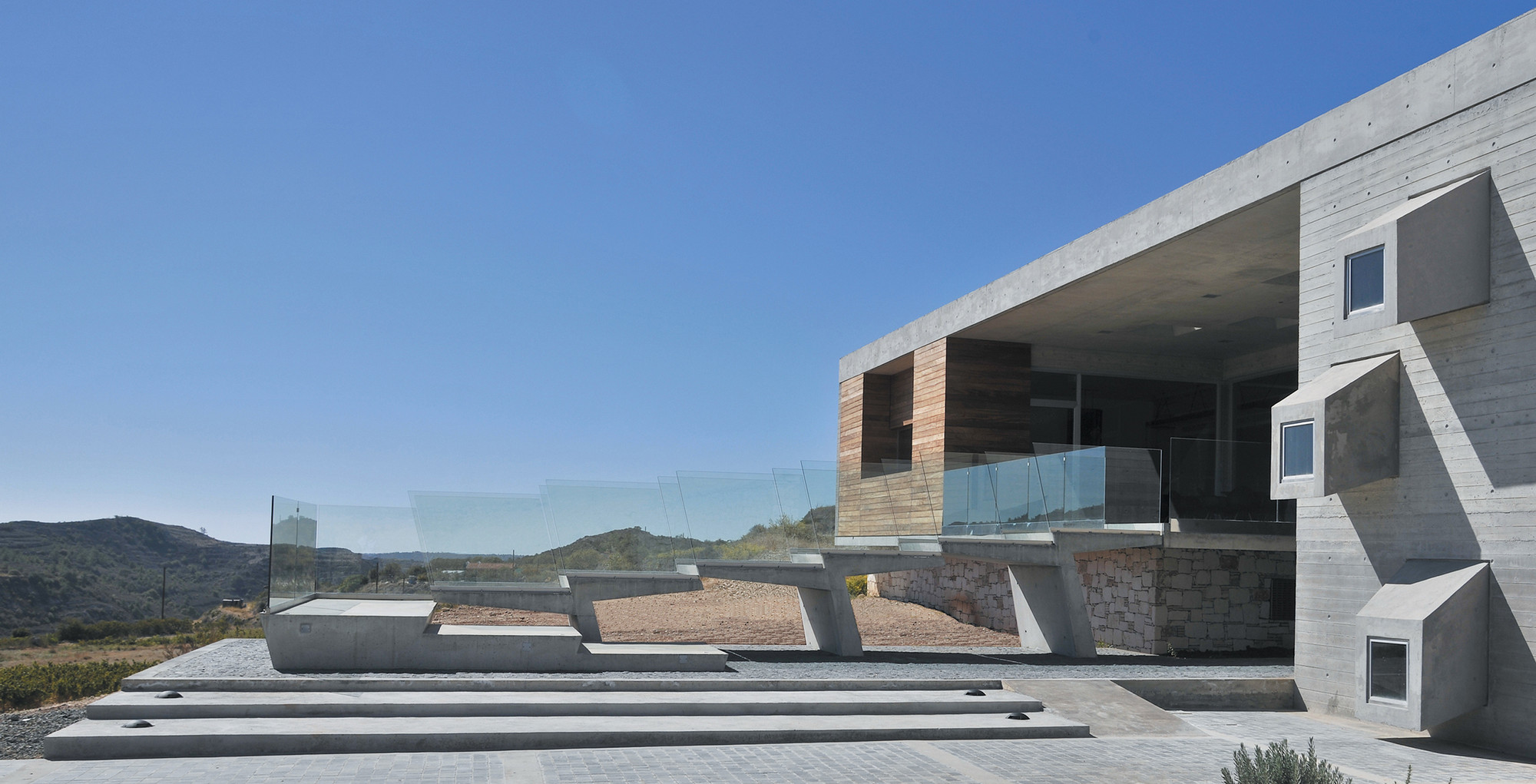 Text description provided by the architects. The Vlassides Winery, located on a sloping site amongst vine fields outside the Koilani village in Limassol, smoothly becomes part of the landscape with most of its volume buried in the hill while the visible part is gradually revealed, benefiting the visitor with the magnificent view of the Cypriot countryside.

The building for Vlassides Winery is organized within a system of parallel walls aligned with the sloping contours of the site. The entrance and the location of the interior spaces create panoramic views to the vine fields, to the winemaking and storage rooms equally, benefiting the visitor with a general experience of the winemaking process.

The building is longitudinal, organized in two functional zones located vertically, including spaces for wine production, wine cellars as well as spaces for wine tasting ceremonies.

The Vlassides Winery is enclosed by parallel walls creating volumes that either emerge or penetrate the landscape. The building makes a distinctive statement in the Cypriot vine fields while the openings on the building shell infiltrate the light into the interior. The conical shaped volumes on the roof, with the stainless steel - mirror finished cladding, act a signal to the visitor, they reflect the Cypriot sunshine and at the same time direct the sunlight inside. The veranda which is the intermediate space between the open-air courtyard ("the plateia") and the entrance lobby reveals views to the fields as well as to the sky through the conical skylights on its roof.

The spaces are organized in two functional zones located vertically. On the ground floor, the space for wine production is attached to the interior courtyard where the grapes are delivered for the winemaking and the storage in bottles and barrels. The courtyard is enclosed by two walls constructed with the local stone, hiding the view to the automobile traffic. In front of the stone wall an open-air courtyard (the “plateia”) naked from any structural elements, becomes a scene for local festivals under the Cypriot sky.

On the upper level, the space for the wine tasting ceremonies is accessed through the external staircase. The corridor along the wine tasting space gives views to the winemaking spaces and to the cellars.

The building for Vlassides Winery has most of its volume buried in the ground with the wine cellars are fully buried so as to keep an ideal and stable temperature for the wine. 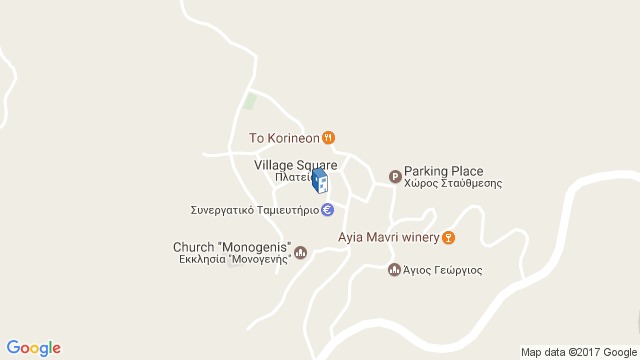