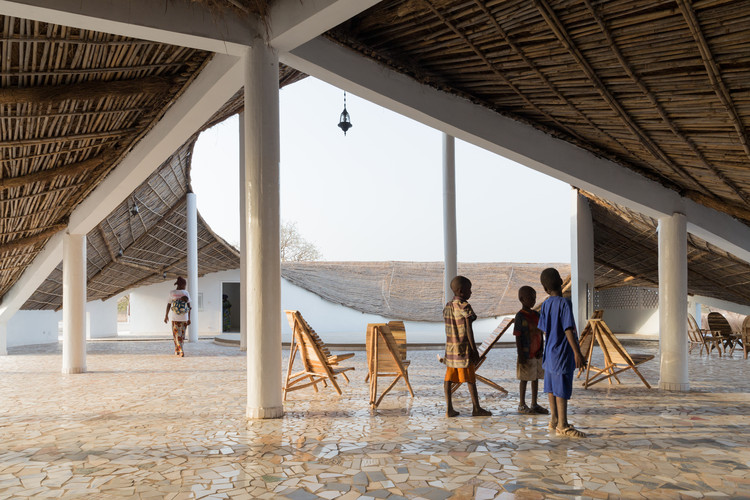 Text description provided by the architects. The rural village of Sinthian in south-eastern Senegal will be the setting for an exciting new cultural centre, conceived and funded by the Josef and Anni Albers Foundation in Connecticut in collaboration with a local leader in Sinthian. Opening on 4 March 2015, THREAD will offer artist residencies alongside a diverse range of programs that will provide the people of Sinthian and the surrounding region with the opportunity to discover new forms of creativity and cultivate their skills. A venue for markets, education, performances and meetings, the centre will be a hub for the local community and a place where the resident artists can have a truly meaningful experience of Sinthian society.

Painters, sculptors, photographers, writers, choreographers, musicians and dancers from around the world will be invited to live and work at THREAD but the centre will particularly welcome and encourage the participation of local and Senegalese artists. With this rarely-visited area of the world as their muse, these artists can inspire a greater international appreciation for this part of West Africa. The first steps towards this spirit of cultural exchange were made in 2013, when gifted dancers from Wayne McGregor’s Random Dance ran a series of workshops in Sinthian.

Acclaimed New York-based architect Toshiko Mori has worked on this project pro-bono, designing a building that has already won an AIA New York Chapter award and was selected for the 2014 Venice Architecture Biennale.The building is constructed using local materials and local builders have shared their sophisticated knowledge of working with bamboo, brick, and thatch. These traditional techniques are combined with design innovations by Mori. The customary pitched roof is inverted and will be capable of collecting approximately 40% of the villagers’ domestic water usage in fresh rainfall.

Nicholas Fox Weber, Director of the Josef and Anni Albers Foundation comments on the ethos of THREAD, “When Josef and Anni Albers created the Foundation that bears their names, they stated its purpose to be "the revelation and evocation of vision through art". They regarded the act of creation and the pleasures of seeing as the greatest means to combat hardship and provide balance and hope. Anni Albers often spoke about "starting at zero" as essential in life and Josef often extolled the wonders of experimentation.” THREAD has been built in accord with these values.

Local leader, Dr. Magueye Ba and U.S. based non-profit organisation, American Friends of Le Korsa (AFLK) have worked together in running Sinthian’s medical centre, building its first kindergarten, and funding its teachers’ salaries and helping the community initiate new agricultural practices. Now, with the help of The Josef and Anni Albers Foundation, the village will see the inauguration of a new facility that will complement the existing infrastructure, and promises to stimulate further creativity in the region. 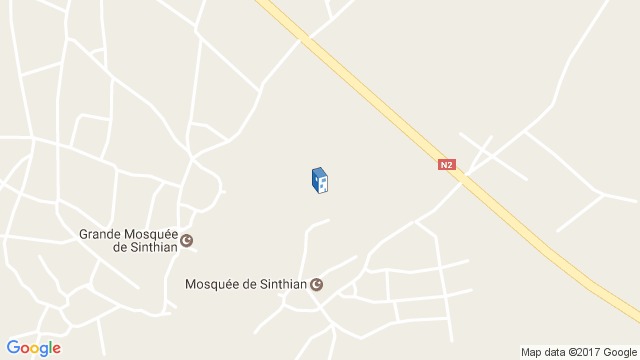 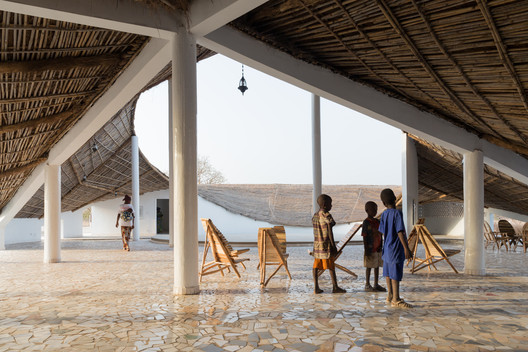