Frei Otto has just been named the 40th recipient of the Pritzker Prize - two weeks prior to the expected official announcement. The abrupt news has been released early due the unfortunate passing of the German architect and structural engineer, who was best known for the 1972 Munich Olympic Stadium. The pioneering tensile structure, which stood in considerable contrast to the strict, authoritarian stadium that was its predecessor, was meant to present a different, more compassionate face for Germany.

"Throughout his life, Frei Otto has produced imaginative, fresh, unprecedented spaces and constructions. He has also created knowledge. Herein resides his deep influence: not in forms to be copied, but through the paths that have been opened by his research and discoveries," says the Jury.

"His contributions to the field of architecture are not only skilled and talented, but also generous. For his visionary ideas, inquiring mind, belief in freely sharing knowledge and inventions, his collaborative spirit and concern for the careful use of resources, the 2015 Pritzker Architecture Prize is awarded to Frei Otto."

Though he sadly passed away before the award ceremony, Otto was informed of his win by the Pritzker Prize's Executive Director Martha Thorne, who traveled to his home in Warmbronn to inform him of his prize. Speaking shortly after her visit, he said: "I am now so happy to receive this Pritzker Prize and I thank the jury and the Pritzker family very much. I have never done anything to gain this prize. My architectural drive was to design new types of buildings to help poor people especially following natural disasters and catastrophes... You have here a happy man."

Read the Jury’s full citation after the break… 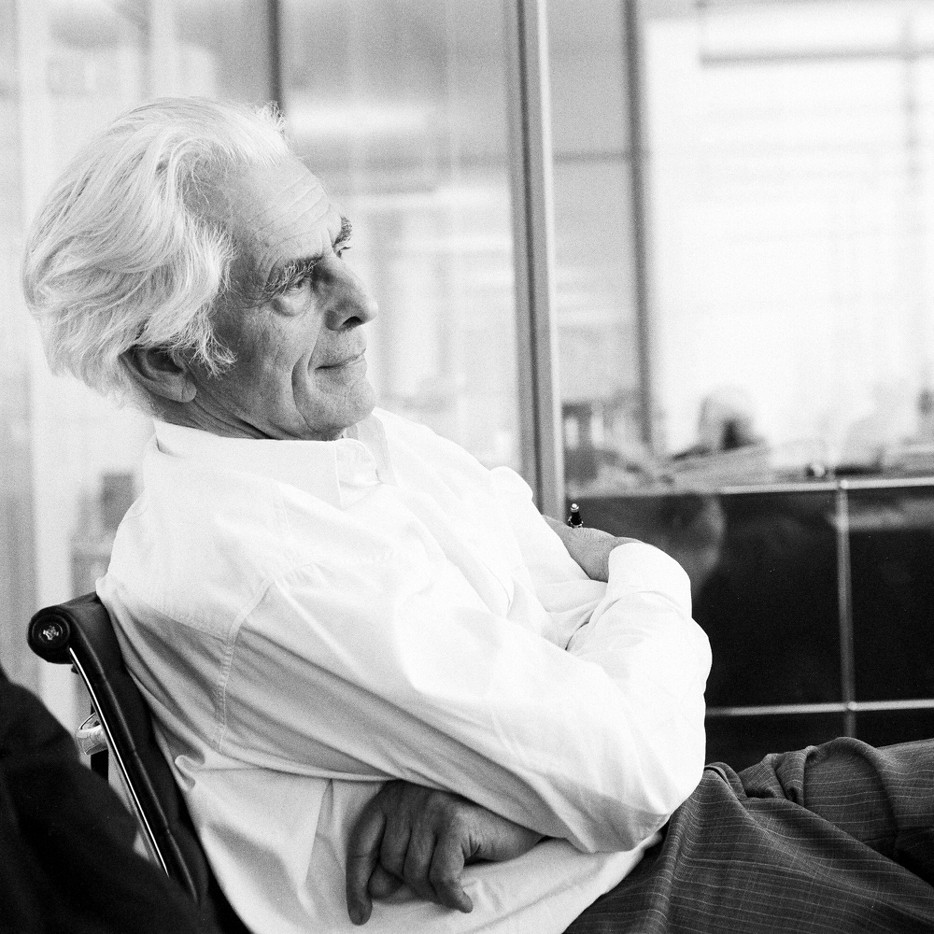 Frei Otto, born almost 90 years ago in Germany, has spent his long career researching, experimenting, and developing a most sensitive architecture that has influenced countless others throughout the world. The lessons of his pioneering work in the field of lightweight structures that are adaptable, changeable and carefully use limited resources are as relevant today as when they were first proposed over 60 years ago. He has embraced a definition of architect to include researcher, inventor, form-finder, engineer, builder, teacher, collaborator, environmentalist, humanist, and creator of memorable buildings and spaces.

He first became known for his tent structures used as temporary exhibition pavilions. The constructions at the German Federal Garden exhibitions and other festivals of the 1950s were functional, beautiful, “floating” roofs that seemed to effortlessly provide shelter, and then were easily dissembled after the events.

The cable net structure employed for the German Pavilion at Expo 67 in Montreal, prefabricated in Germany and assembled on site in a short period of time, was a highlight of the exhibition for its grace and originality. The impressive large-scale roofs designed for the Munich Olympics of 1972, combining lightness and strength, were a building challenge that many said could not be achieved. The architectural landscape for stadium, pool and public spaces, a result of the efforts of a large team, is still impressive today.

Taking inspiration from nature and the processes found there, he sought ways to use the least amount of materials and energy to enclose spaces. He practiced and advanced ideas of sustainability, even before the word was coined. He was inspired by natural phenomena – from birds’ skulls to soap bubbles and spiders’ webs. He spoke of the need to understand the “physical, biological and technical processes which give rise to objects.” Branching concepts from the 1960s optimized structures to support large flat roofs. A grid shell, such as seen in the Mannheim Multihalle of 1974, shows how a simple structural solution, easy to assemble, can create a most striking, flexible space. The Mechtenberg footbridges, with the use of humble slender rods and connecting nodes, but with advanced knowledge, produce an attractive filigree pattern and span distances up to 30 meters. Otto’s constructions are in harmony with nature and always seek to do more with less.

Virtually all the works that are associated with Frei Otto have been designed in collaboration with other professionals. He was often approached to form part of a team to tackle complex architectural and structural challenges. The inventive results attest to outstanding collective efforts of multidisciplinary teams.

Throughout his life, Frei Otto has produced imaginative, fresh, unprecedented spaces and constructions. He has also created knowledge. Herein resides his deep influence: not in forms to be copied, but through the paths that have been opened by his research and discoveries. His contributions to the field of architecture are not only skilled and talented, but also generous.

For his visionary ideas, inquiring mind, belief in freely sharing knowledge and inventions, his collaborative spirit and concern for the careful use of resources, the 2015 Pritzker Architecture Prize is awarded to Frei Otto.