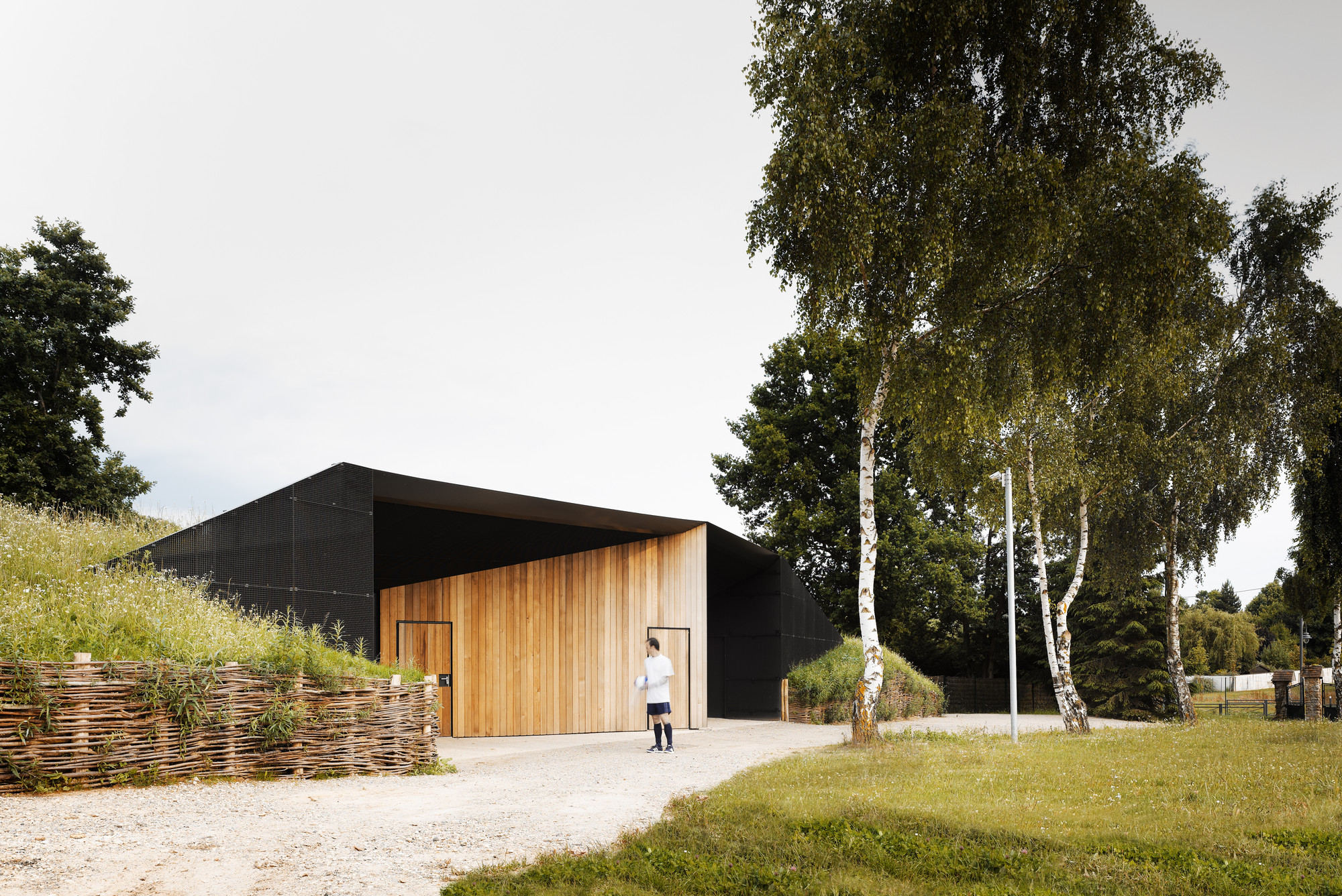 Text description provided by the architects. Integration within the regional park of the valley of Chevreuse / strong inertia allowed by the landmass / plant-covered roof for the temporization of rainwater / natural lighting in all the rooms. The location of the building has been chosen to preserve as much of the existing free space as possible. Its volumetry also fits the geography of the site and the way the different athletic fields are connected to one another.

If you happen to be in the regional park of the valley of Chevreuse, MU invites you to take a detour through Forges-les-Bains, a small town of 5000 inhabitants, located in a charming, hilly, and tree-filled comb. Situated next to one of the town’s entrances, the athletic facilities ensure a seamless transition between natural and urban spaces. Since march 2013, you can discover the former stands, wrapped in canvas and connected to new locker rooms thanks to some discrete variations of the floor. The young soccer teams from Forge-les-Bains will find their locker rooms and sanitary facilities (naturally temparate) tucked underneath a plant-covered roof from which their fans will be able to watch and cheer them on. The athletes will then appear and disappear behind the mass created by the new construction.

The numerous playing fields of the sports complex are distributed on different embankments, we played with a different height level to create a new hill where everybody can go and watch games.

The city council simply wanted to renew the locker room to have functional and robust facilities; we proposed it that it becomes a whole new area within the sports complex. Our project is not just a simple functional building but is an actual part of the landscape.

Moreover, using the ground contributes to the building's inertia and gives the image and the characteristic of a strong building. We deliberately sought out a contrast between the integration with nature and the architectural presence. The contrast is highlighted in our use of materials, both natural (earth, wood, fascines) and industrial (concrete, steel grating).

A big part of the cladding (cap and walls) is made with a steel grating that is normally used for flooring. It is cheaper, stronger and easier to clean and enables the football players to clean off their shoes!

The building is surrounded by a low wall made of willow called fascine. It is a traditional technique that used to be quite common in this part of the country.  We stuck and weaved willow branches to stop the dirt from slipping from the roof. The willow lays roots easily and creates a strong and natural wall to hold the ground in place.

The shape is connected to the flow on the sports complex itself; it opens toward the entrance and the fields and the slopes are created to allow spectators to climb up to sit and watch the fields which previously had no seating. We wanted to create a contrast with the usage of the natural environment and a visual architectural intervention.  The "arena doors" create another contrast between sharp angles and lines and the soft curves of the embankment. We wanted the building to disappear into the background to put the focus on the athletes entering and leaving the space. 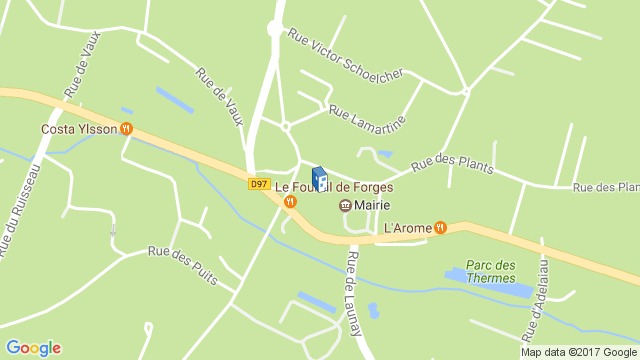