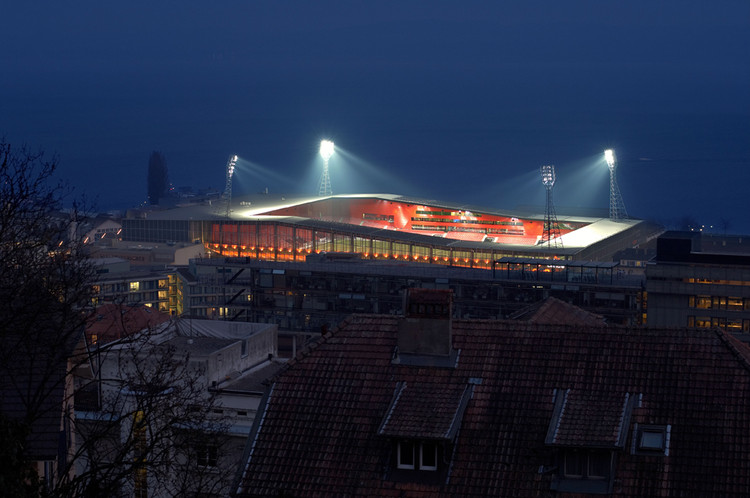 Text description provided by the architects. A backfill completed at the beginning of the 20th century – the available parcel - the old football stadium – was at the articulation of four forms of urbanism.

One specifically, is part of the "Beaux-arts" district from the 19th century. One has the random character of the "Nid-du-Crô" port. The other one is the "Jeunes Rives" in the south, punctuated by some public buildings and the last one is more urban in the north, along the "Pierre-à-Mazel" avenue.

By its position, its configuration and its expression, the project was organized to precisely match all these different characteristics. The project defines in the west, a street space, meeting the proportions of the existing streets. It suggests in the east, an esplanade to handle the flow between the new complex and the port area.

In the north and south, it follows the lines and the geometry of the existing axes.

The presence of this building, important by its size and function, enables us to reorganize a place which has now vanished and to give a new meaning to the town's entry.

The base of the complex incorporates the mall, the rescue services and fire station, the delivery platforms and the 930 place car park. The first floor is dedicated to the football pitch, the access to the galleries (12'000 seats), the bars and the restrooms. The second floor incorporates the administrative offices and changing rooms for the sports facilities.

The third and fourth floors include the six gymnastic halls and the VIP activities.

In order to find the correct scales and to represent the different functions of the building, the architectural expression suggests a building which plays with reflection and the transparency.

The base allows the mirrored skin made of glass and stainless steel to reflect the town.

The upper facade's skin is made from translucent woven metal wire revealing the stadium,

enabling it to be seen from another side. The stadium is treated as if it is an Italian theater and colored in red and black which allows the spectator to become immersed in the world of entertainment. 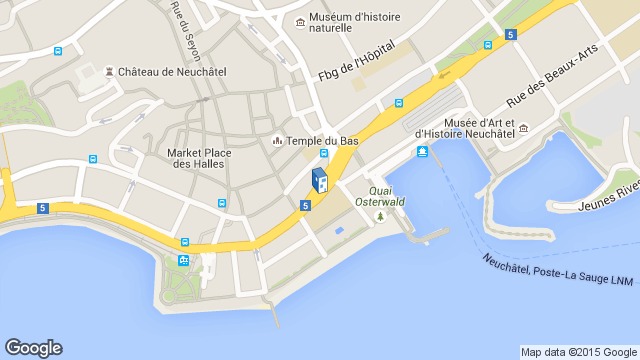 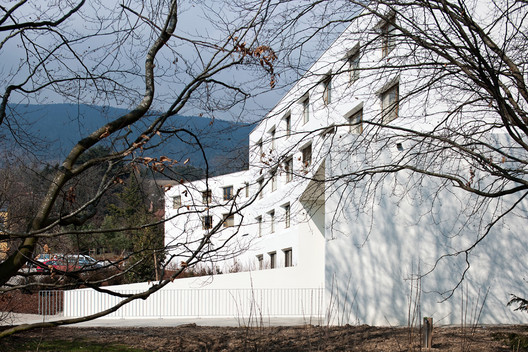 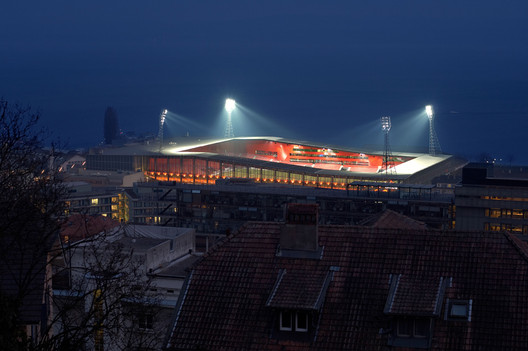