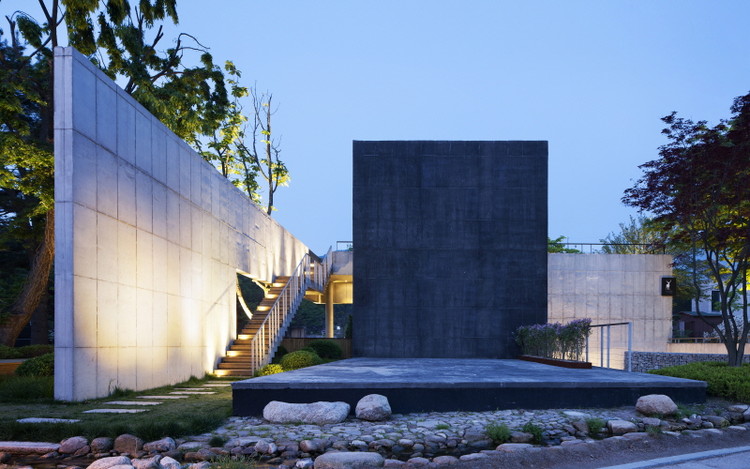 Text description provided by the architects. The planned site is located in the entrance of Songchu Valley of the foot of Bukhansan. For this reason, many mountain climbers come in and out here from other areas regardless of weekday or weekend. Nevertheless, there is no rest area for village residents, but there are only low wooden benches for customers of restaurants that are built around the trail. In addition, as increasing mountain climbers, it is prospected to accelerate commercialization of this area for example; people have to pay for resting.

We had a modest plan to provide the place expressing the especialness of Songchu Valley. First of all, the peaceful rest area is planned to be able to satisfy everyone who are in and out by considering residents who live nearby as well as visitors. Indeed, if a land owner has the goal and the will to achieve something through this land, place marketing as a new cultural art space would be possible to make citizens crave for resting all day by escaping from the complex urban life.

Making a story through a history of the town The boast of this land is six fine mulberry trees, which a client's father has grown for 40 years, are designated as protection trees. Besides, there are various species of trees and monuments and traces that have been left for a long time in the town. However, due to process of moving housing complex plan, those things mentioned above would be destroyed. Due to the land owner has a strong will in order to make it as a model example of moving housing complex by protecting existing trees that have been grown with affection, old signs and story of houses, reillumination of the history of town will be a seed of a new story that will be written.

Self-mapping through topological setting Songchu plantation does not have an unsure master plane yet except a worthwhile purpose. This land has to be prepared to be used for multi-purpose accordingly. In other words, it needs architectural structures that organize self-mapping through topological setting rather than a development that constructs a large building to be used for the only planned purpose.

Architecture that does not seek perfection forever An indefinite simulation, which is connoting diverse stories and situations by itself, not only organize mapping without a grid but also, writing an incomplete scenario according to town environment through potential geography modification.

Narrative Frame: The wall, that played a role as a boundary before, is reborn an invisible communion place with people by being renovated a new rest area and a playground for residents and pedestrians.

Editing Story: Daily stories of people are edited and accepted actively and flexibly by spreading out physical walls that insists on fixed daily patters as an opened flame.

Program Banding: Provide various and continuous story to the trail that could be monotonous by creating fragmented memories that are drawing the new image of Songchu Valley at the entrance of trail, also by banding programs according to situations and events.

Archi-drawer: Archi-drawer contains odds and ends or people can take accidental events out of it. The autonomous program control function of Bending Band, which can accept regardless of a form, is combined minimized fixedness nature with maximized flexibility in order to increase stories actively and build memories.

Fitting Plug: It is important to enshrine the stratum and even one tree existing in the nature. Moreover, by overlapping Bending Banding as an artificial ground on existing stratum, induce the reaction of force that topography has. At the same time, by installing Fitting plug at the intersection where residents and mountain climbers meet each other, Fitting plug plays as a mediator between them. In addition, it creates a conative control and a response between stratums. 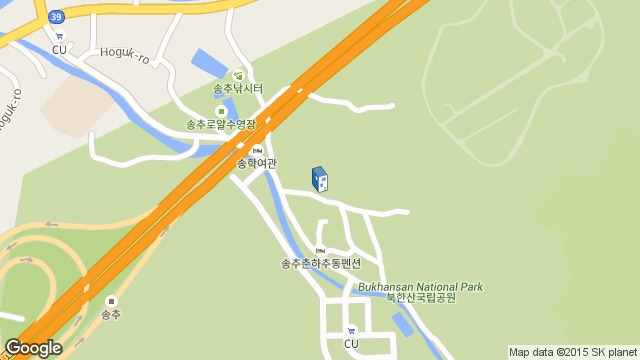 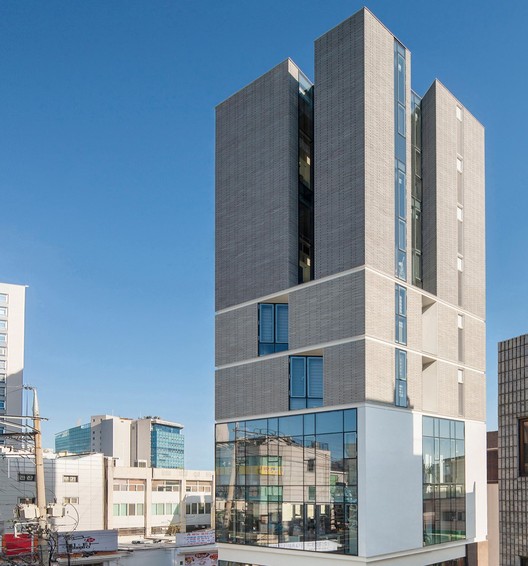