Save
The Courtyard of Our Dreams / Lukas Fúster 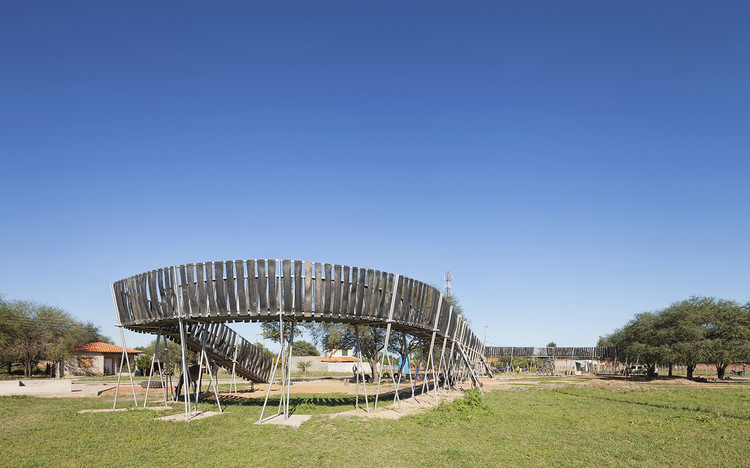 Text description provided by the architects. a narrow and long site,
a third of the courtyard
in the other two thirds

two springs
and a hammock structure,
without hammock,
are the only infrastructure for children
some painted tires
are the barrier to stop motorcycles from entering
they support all possible play

water runs along the perimeter of the courtyard
almost all year

ceramics industries in the area
provide ceramic debris to the population
that transform into a great sidewalk,

in the third assigned to us,
are several native trees,
waiting for the embrace
of 1500 tires
in a structure of 80 meters,
that curves
to be self-supported,
hang games,
and shape public space,
in its shade,

a long and narrow site
and lots of ideas,
that children and youth
shouted,
in drawings and models
and were embodied in a project

the courtyard of our dreams.

The dream of a courtyard designed by children in the community of Remansito, Villa Hayes, became a reality on April 23. The public space to enjoy life outdoors, for children to play and the encounter between neighbors is already a fact. The initiative was carried out by the Center for Community Development Remansito with the support of Global Children and the Canadian Christian Children's Fund (CCFC).

"The courtyard of our dreams" is a community project that involved land donated by the municipality of Villa Hayes in Plaza Amistad in Remansito. The construction process was fully participatory and the community was involved in the design, preparation of space, making the games and other elements of the courtyard with the use of recycled materials. They were also actively involved in the socialization of the project with authorities and other community members.

For the design we organized a series of workshops which involved adults, children and youth. All were asked to reflect on the right to play, the importance of public space and to think about how the ideal place would be. Then they had to translate their version using drawings, clay modeling, watercolors painting or other artistic expressions. What occurred in these workshops was taken by architect Lukas Fúster and synthesized in the final project. Today, everyone can see part of their dream courtyard come true.

The construction of the courtyard and its components were also a participatory project. The neighbors were organized in groups and, aided by the architect, learned different techniques to transform recycled materials, into hammocks, chairs, tables, etc. Besides contributing to the project, these work techniques will serve them, even as job prospects. In these construction groups were parents of the community as well as children aged 11-16 years.

Remansito has a new space that is a model of community management. The courtyard has a gazebo, different types of hammocks for all ages, climbing net, carousel, tables for rounds of tereré and many more games. All elements were made from recycled materials donated by area businesses. This community of Villa Hayes shows that the will and the work together overcome needs. Thanks to the dedication of the neighbors, the courtyard is now a reality. 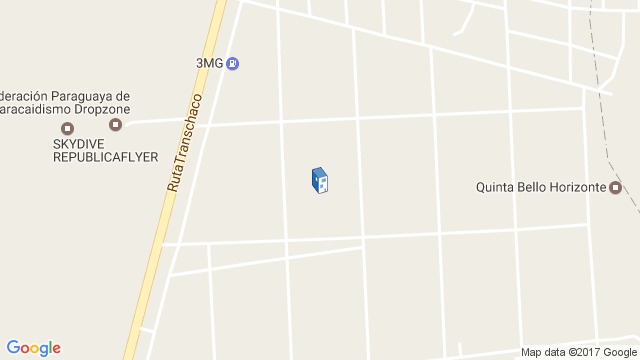